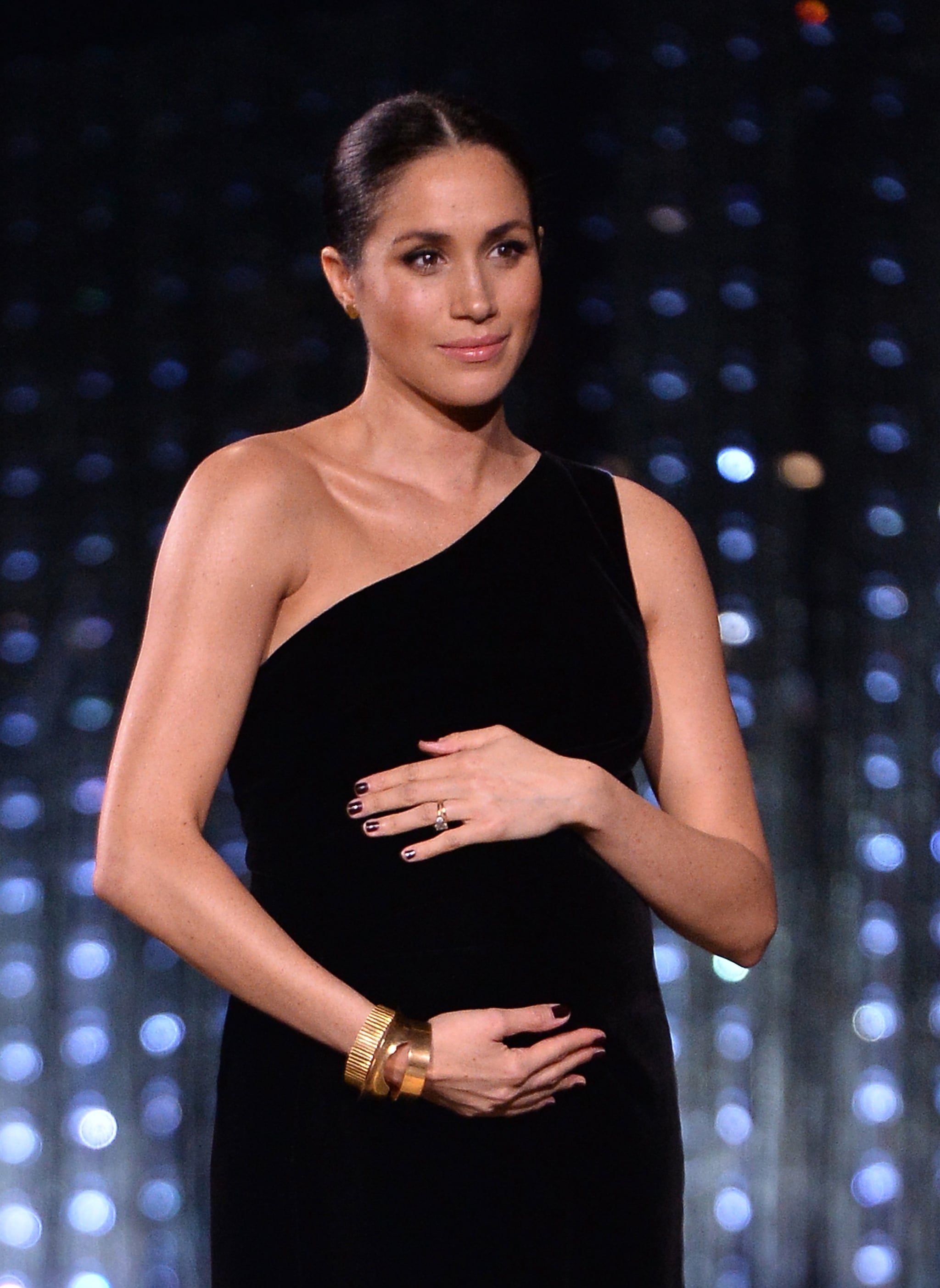 Before I had a baby, I would have told you — I probably did tell you — that I wouldn't be caressing my bump in photos. I'm not entirely sure why I was turned off by it, but I think it had something to do with my misconception about what was happening. As an outsider, it seemed showy and flashy. Look at me and all that I've achieved. But once I got pregnant and my body ballooned into an unrecognisable version of itself, I touched my belly in all sorts of ways. Up, down, and counter-clockwise . . . I even patted my head while rubbing my belly! All because I just needed a place to put my hands. Or maybe because I felt off-balance and needed to recentre myself. The point is it doesn't matter. Whether I wanted to or not, my body's natural reaction to growing a life inside of it was to touch it. It just happened.

You know who else does that? Every pregnant woman on earth. Which makes it particularly puzzling why anyone would criticise the lovely Meghan Markle for doing the exact. same. very normal thing. According to US Magazine, the duchess received backlash on Twitter for the way she posed at the Fashion Awards in London earlier this week. Think we're making this up? Here are just a few of the wild things people wrote on Twitter.

"If I see one more photo of Meghan Markle cradling that bump I am going to vomit. I swear she and Beyoncé think they are the only women in the world to get pregnant. You are pregnant……WE KNOW!" one person wrote. Someone else said, "She should learn from Kate on how to pose regally when pregnant. Both hands discretely under the bump. Not cradling like Demi Moore."

She's certainly not the first celebrity to attract this unwarranted negative attention, but that doesn't make what's being said any less absurd.

So just to make sure I'm understanding this all correctly: There's a woman we don't know, who's famous for various things, on a stage touching her belly with two hands, and some people don't like it. I think some people are OK with one hand, but not the two.

How about we all just agree that pregnant women are miserable and have no control of their bodies? The least we can do is let them control their hands.