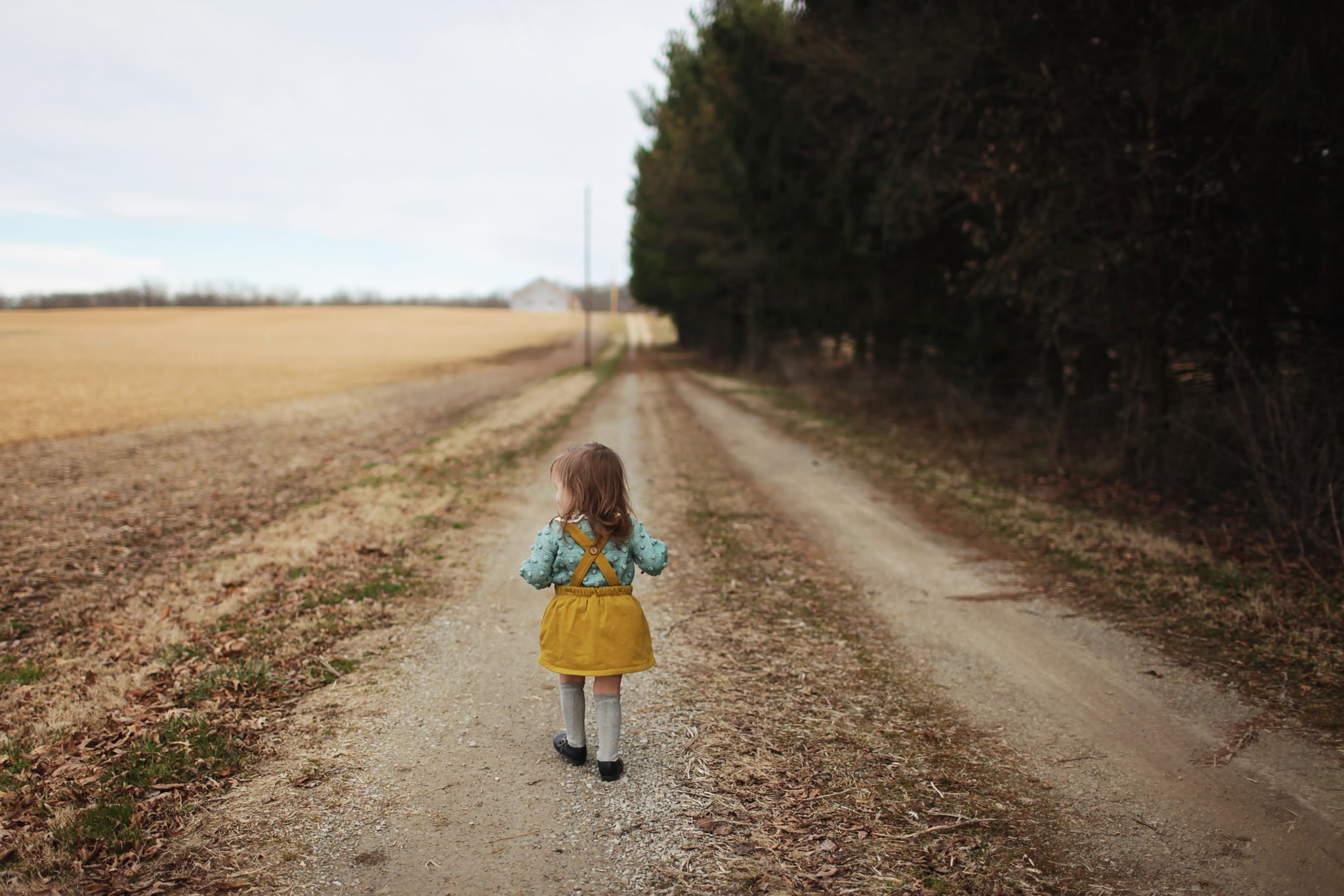 "My knee is sticky," my daughter said with a smirk on her face. She's 3 years old and feisty.
She was in her bed, squirming like a toddler mermaid trying to get out of her water prison. It was naptime, which at my house means the lights are off, the kids are in bed, and I better not hear a sound. Though I often meet snags on this curvy road, it's a sacred time of day which I fight to enforce. Still, in that sticky-knee moment, I knew it was time to postpone my desire for silence and listen to my daughter.

I touched her knee and found that she wasn't lying — she was very sticky. I turned on her light and told her she needed to show me what she had put on her leg. In the recent past, it had been Neosporin, Vicks VapoRub, my deodorant, and my cherished All Good coconut body lotion. And just two days prior, my daughter had taken a bag of Starburst minis to her bedroom and ate the entire thing by herself. The candies were meant to be shared with her brothers, but she had snuck away and eaten the whole bag in blissful solitude. Something about her bedroom was making her feel like she could sneak around and do whatever she wanted. This had to stop.

Related:
6 Tips to Help Your Kids Focus on the Positive in Every Situation

Something about her bedroom was making her feel like she could sneak around and do whatever she wanted. This had to stop.

She got out of her bed, pranced over to her pink princess tent, and gleefully opened the door-flap to reveal the bottle of honey I had left on the kitchen counter that morning. The floor of her tent was sticky. I was furious, but I managed to keep calm. I emptied her tent, leaving her toys and stuffed animals homeless on her bedroom floor. I folded the tent, walked it out of her room and outside to the trash can, and shoved it in. I wasn't trying to be spiteful. It's just that I knew the tent had to go, and since I wasn't going to scrub the honey out, I got rid of the whole mess instead. My daughter had a second princess tent in her room, and I took that one out, too. Since it wasn't dirty, I simply put it in my closet.

I once thought a princess tent would be a joyous thing for my daughter. I thought it would be her fort, a hideout from her brothers, or at least an amusing covering in which she could play and imagine for hours at a time. I thought it was going to be something special, but it had become something else entirely. Somehow, my daughter thought that she could sneak around and hide her disobedience inside those pink polyester walls. No more.

She's still young, but these are the years when foundations are established. I'm not a perfect parent, and I'm not in any way sure that taking her tents out of her room is the ultimate solution. It's just the logical consequence. I'm still amazed that she didn't throw a fit or put up a fight for her tents. Instead, she stayed in her room and quietly fell asleep. I think she knew she was wrong. My husband and I have both told her on numerous occasions that she's not allowed to take food to her room, but my question was and still is, how do I know she understands what I'm saying when I took away her tent?

Related:
My Son Is Very Sensitive and Emotional, and I'm More Than OK With That

Since that sticky knee incident, she's only asked about the whereabouts of her tent once. I told her that while one is in the closet, I had to throw the other one away because of her sticky honey makeover. "Oh," she said with a slight nod, her big eyes staring like she was trying to imagine what this meant. She had no other questions, but mine continue. Will she keep sneaking around? Did I do the right thing?

While my daughter hasn't been sneaking around (that I know of) since I took away her large hiding spots, the jury's still out on how I really feel about it. I want her to be able to have her own space and places that she can call her own, but I also don't want her taking advantage of that and using them to disobey me and her dad. Maybe I can put the tent back in her room someday soon, but for now, she's not there.