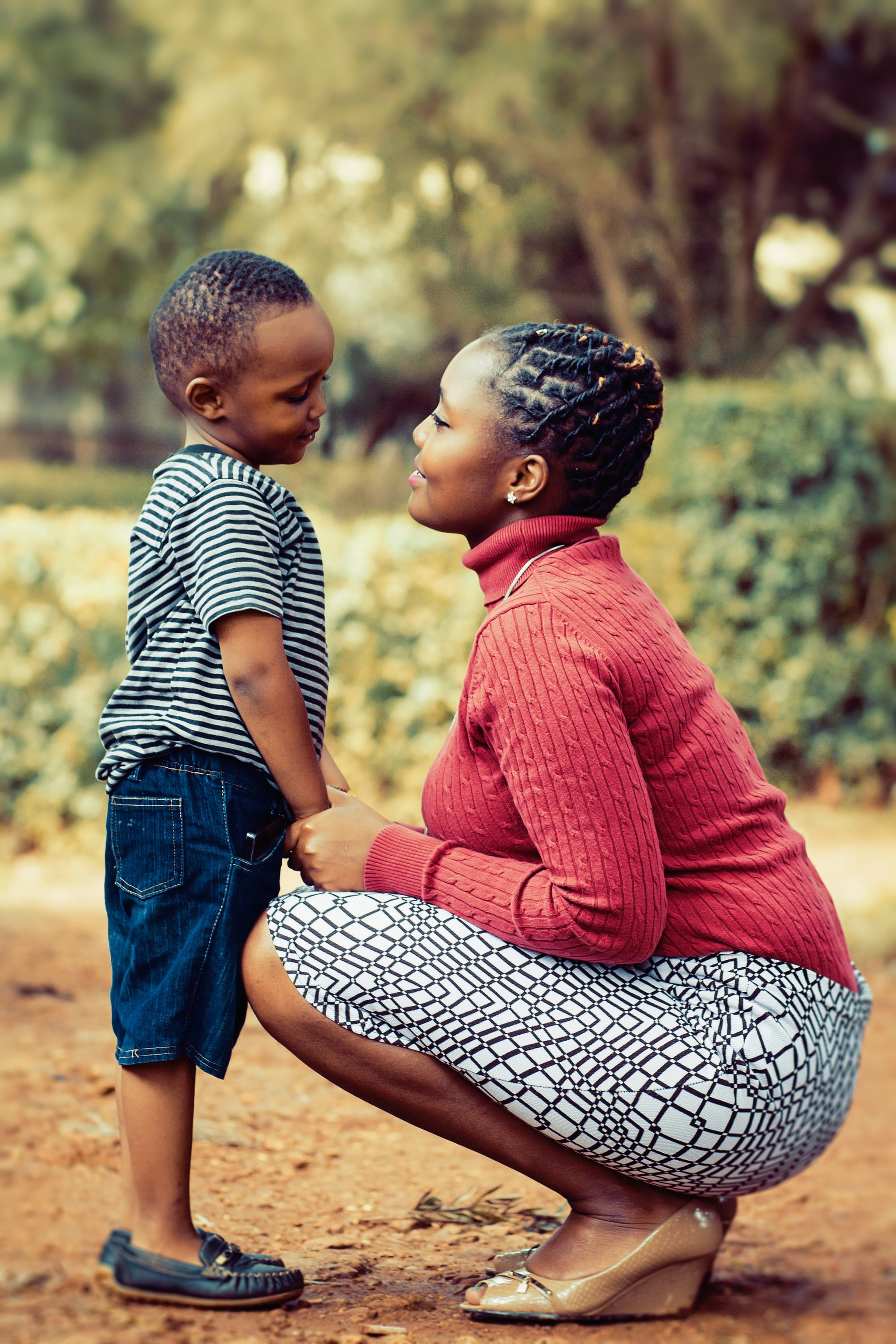 When I became a mother, I knew I would face so many challenges, both things I was prepared for and things I wasn't. But one thing I really didn't see coming? My oldest son doesn't say "I love you."

It's not like he's never said it, but he's never gone out of his way to utter those words out of emotion. When his brothers and sister cuddle up to him and say it, he'll sometimes say it back, usually after I've reminded him that it would be nice for them to hear it. I explain that his siblings might not understand that he loves them if he doesn't actually tell them. What I don't tell him is that his grown-up mommy is sensitive that way, too, because for a long time, it broke my heart not to hear him tell me he loves me.

Throughout his entire eight years of life, this boy has done things his own way. He came into this world his own way — six weeks early and nearly killing the both of us in the process. But the first time I held him in the NICU, I felt a rush of pure love unlike anything I've ever felt before. I told him I loved him and dreamed about the day he would finally be able to say it back to me.

This aspect of his personality was even more striking after having three more children, all of whom are as unabashedly affectionate like a pack of extra-needy golden doodles.

But from early on, it was clear that showing affection would be on his terms and in his own inimitable style. He was our first baby, so him not giving kisses or hugs didn't register as off. We just assumed that was something that would come eventually. And he loved to snuggle. In fact, for the first two years of his life, he and I spent every afternoon curled up together on the couch, his warm little body like a glowworm in my arms. He's always been a happy child, intense in his focus and fearless in his play. He's also never been shy and loves talking to anyone and everyone. But hugging, kissing, and saying "I love you" — those are not his style.

This aspect of his personality was even more striking after having three more children, all of whom are as unabashedly affectionate like a pack of extra-needy golden doodles. I could hardly believe it when my second son started giving me sloppy baby kisses at nine months old. Our third boy was very much the same, giving away hugs for a nickel and wandering around family picnics and plopping down into whatever lap looked the most inviting. Our youngest, a girl, is attached to me like a kangaroo, and even at barely 21 months old, will say the three words that occur so infrequently with my oldest. I don't remember the last time he said them to me or his dad.

Given his prematurity, we watched every aspect of his development closely, paying attention to every physical and social milestone. As time went by, it became clear that he was progressing exactly as he should in every way. He runs, jumps, has achieved green-belt level in his karate class, and is growing so fast I can't keep up with either his pant or shoe size. He makes friends easily with both children and adults, especially if they happen to share his love for Angry Birds, Pokémon, or anything involving animals. He thrives academically. He does alarmingly well, in fact.

I'm constantly in awe of the interesting, funny, and independent person he's growing into, yet a part of me longs for the easy bond of the baby years. Making the connection with him while still allowing him the space to mature gets more challenging as he gets older. I've discovered a literal magic bridge to him by way of Harry Potter, our mutual obsession. Every night we snuggle in his bed and I read it to him, despite the fact that we both know he could easily read it himself. After we finish each book, we spend an afternoon watching the movie, and I've promised him a pilgrimage to the Wizarding World of Harry Potter in Orlando someday (we're currently on book four, and it may take until book seven for us to save up for it). It's worth it to hold on to the bond that sometimes feels like its own kind of invisible magic, a magic that, for him, isn't shared with words or hugs, but through someone allowing him to be his own person and do things his own way.

And today, I found evidence of the feeling he doesn't put into words. While plugging the kids' iPads in to charge, I noticed he had changed his screen saver. It had been an illustration from one of the books he was writing, but now it's a photo he'd taken of me and his two younger brothers, asleep in the recliner. They say a picture is worth one thousand words. This one was worth three that I don't need to hear him say to know he feels it.