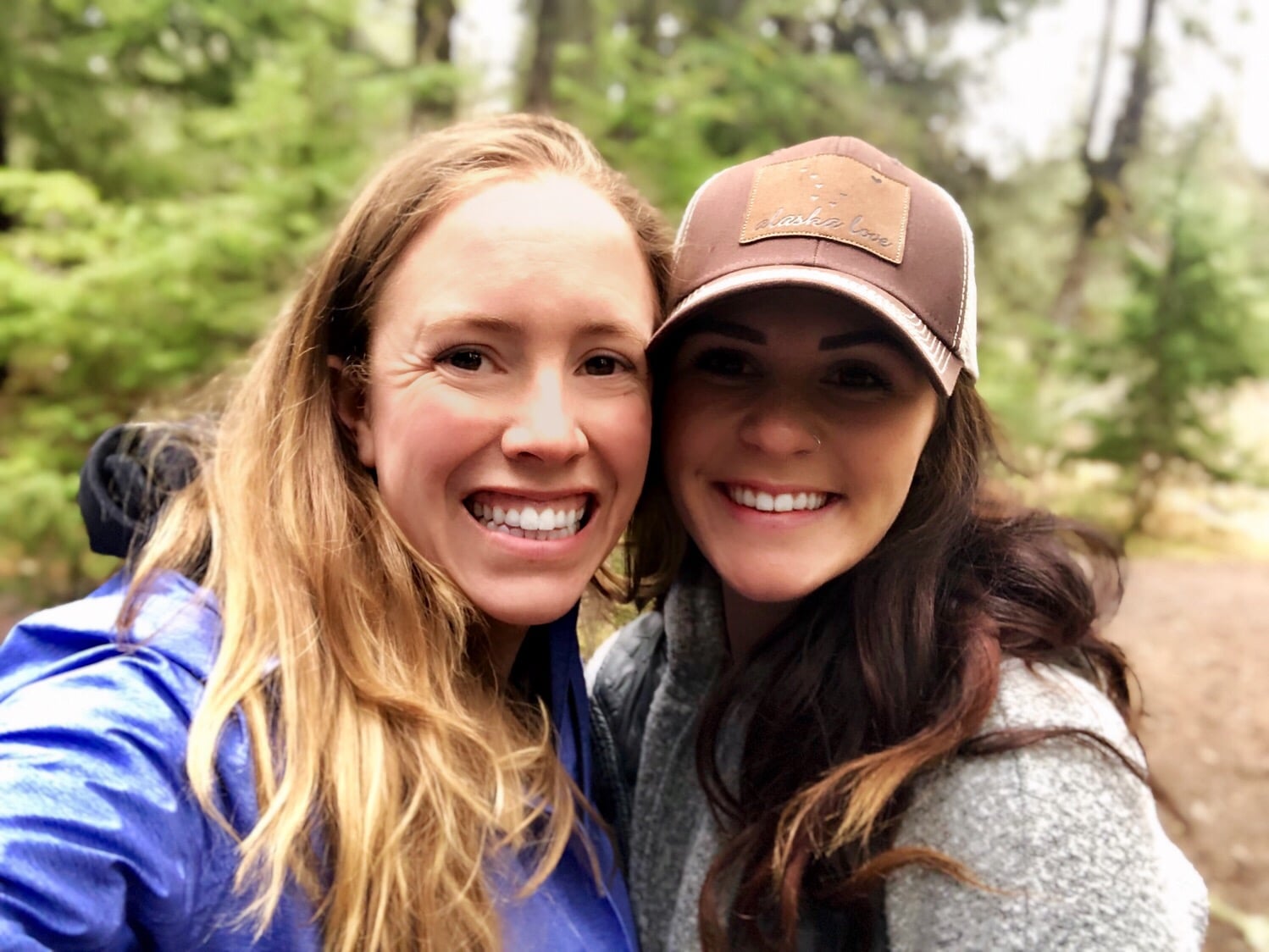 I spent Mother's Day weekend at a resort about an hour outside of town with a 22-year-old, a 6-year-old, and a 3-year-old.

The 6-year-old is the only one who calls me "Mom."

The 22-year-old has been in my life for well over a decade now. She tells people I'm her aunt, mostly because that's the least complicated way to explain our connection to those who don't already know it. But the truth is far more convoluted than that. Eleven years ago, I dated her dad. The relationship didn't last long, only about six months before it fell apart. But it had been serious while it lasted, and in those six months I'd grown incredibly close with his daughter, who was just 11 at the time.

He and I continued an off-and-on romance for about two years after, but any outside observer could have told you we were never going to be able to make things work. We were terrible at communicating, both bringing our own damage into the relationship, and we just kept finding ways to hurt each other again and again. It was my first grownup relationship (I was 25 at the time) and I'm the first to admit I contributed to its implosion in about a million different ways. But through all the fights and breakups, one thing somehow managed to remain consistent — my relationship with his little girl.

He never fought me on remaining in her life, even allowing me to pick her up and take her hiking during occasions when he and I weren't really talking. His ex-wife supported our relationship as well, calling me over the years to help with various childcare duties, and allowing me to spend time with her daughter even when she had no reason to. Years later, she told me it was because she knew I genuinely cared about their little girl, and she could tell she was safe and loved with me. At some point, he ended up marrying someone else, and we stopped talking entirely — it was just easier that way. But he still maintained support for my relationship with his daughter, and she and I only grew closer as the years went by.

When I was 30 and she was 16, I was given the opportunity to adopt a little girl as a single mom. She was one of the first people I called, and she heard my panicked voice as I described the insanity of this choice. But that teenager talked me down, reminding me how ready I was to be a mom and of how much I'd always been there for her. My daughter would eventually come to call her "Auntie," and we both decided we liked it that way.

When she was 19, she called me to tell me she was pregnant. She was scared, but also excited. She already loved the little one she was carrying, while knowing there would be those who would judge her. And with her relationship already in a rocky place, she worried about her potential role as a single mother. I reassured her, reminding her what she was capable of and of just how much faith I had in her ability to do this. I told her I loved her, that I believed in her, and that I couldn't wait to snuggle the baby she was carrying beneath her heart.

Related:
This Is the Parenting Stage That's Hardest on Your Friendships

Three years later, she is one of the most amazing moms I know, and she does it pretty much all on her own. She owns a home, has a job she's great at, and makes her daughter's well-being a priority every single day. Her daughter also calls me "Auntie," which I vastly prefer to the "Grandma" I could have been!

Over the last few years, our relationship has changed in too many ways to count. I used to think of myself as something of a mentor to her. But now, with both of us raising kids around the same age, doing the single mother thing and relying on each other for support through that, she's easily become one of my best friends.

She is smart and funny, honest and kind. She's an amazing mother to her daughter, and the best Auntie I could ask for for mine. We spend several nights a week together, cooking for each other and letting our girls play (and fight like siblings, as they are sometimes prone to do). This Mother's Day was actually our second annual getaway, choosing to celebrate single motherhood with breakfast in bed at a hotel, since our girls aren't quite yet ready to do anything special for us themselves.

Related:
To All the Friends Who Helped Me Through New Motherhood, All I Can Say Is Thank You

Eleven years ago, I never could have pictured things turning out the way they have, but I'm thankful every day for what our relationship has become. Being able to watch her grow up into the amazing woman and mother she is has been one of my favourite things, and I know my daughter is better for having this relationship in her life as well.

I can't imagine it was ever easy for either of her parents to allow her to retain this connection with me, but I'll always be grateful to them that they did. And I'd like to think, all these years later, that they're grateful they did as well. That even if he and I were never meant to be, they see the good that resulted from allowing the two of us to remain close. She's the best thing I've ever gotten out of any relationship I've ever been in, and I wouldn't change a thing about how it all worked out.