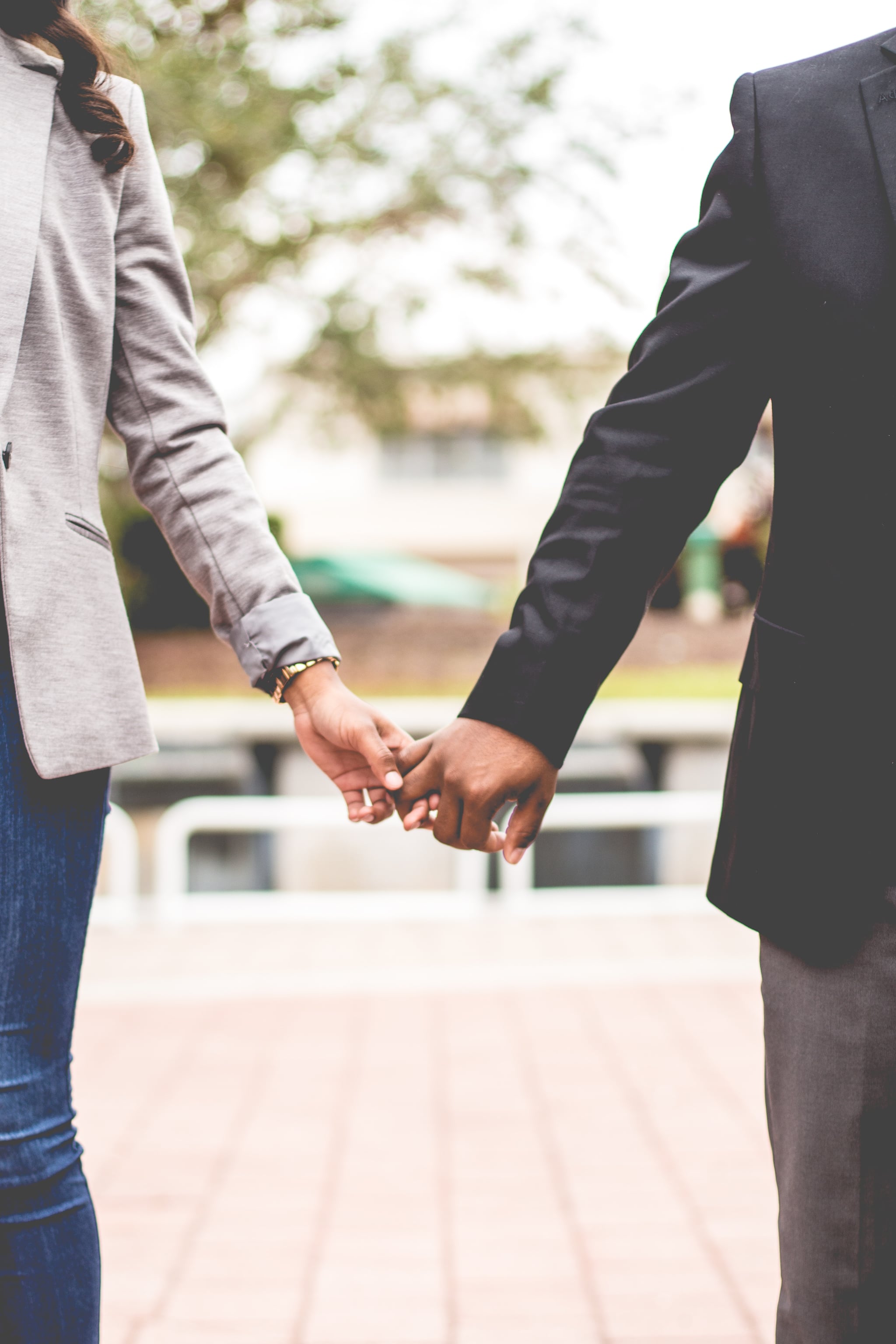 To get snipped or not to get snipped — that is the question. Many couples have this same debate when they've reached the stage where they're done having children and just want to enjoy sex again without worry. I know so many people who have that one "bonus" child that totally wasn't planned, and while it always ends up fine, I'd rather not have any surprise customers in my uterus when I've already permanently closed up shop. My husband, however, isn't so sure. He's still playing for the "no snip" team.

No, husband, I will not get cut open, yet again, to prevent pregnancy. It's your turn.

My husband and I are both almost 37, and we are blessed with two healthy children: a boy and a girl. Our youngest is almost 4 and far gone from the baby stage, so going through that sleepless haze again sounds dreadful. But whenever I bring up getting my husband "fixed," he constantly asks, "What if we change our minds? The snip is so permanent." Well, dude, actually it's not. First, you can reverse the snip. And, second, I am not changing my mind.

"If you're so gung-ho about it, why don't you get a hysterectomy?" he asks. I spit out the wine I'm usually drinking now that I'm done having kids and laugh right in his face. I think I've already done enough in the baby-making department. I've sacrificed my body for nine months (twice), had a cesarean, a 50-hour VBAC, and my stomach and boobs — yep, those are destroyed. And honestly, if I truly wanted to have another baby, I'd happily do it all over again, but I don't. I'm happy with the two we have. That ship has sailed so far that it's already made it to the other side of the ocean, buddy. So, no, husband, I will not get cut open, yet again, to prevent pregnancy. It's your turn.

"But I don't want any surgical utensils near my junk," he says. Ha! Many of his friends have had the snip and have assured him that it's not that bad. My husband is normally a pretty tough guy — he does CrossFit, played football, and is one of the few men I know who don't complain when he gets sick — but when it comes to this, he's a total freaking baby (pun intended). I even told him to schedule the procedure during March Madness so he could "recover" while lying in bed all day watching basketball. But nope, he still refused. I would pay good money to see him go through anything near as painful as pregnancy and labor. He probably wouldn't last two days, nor would a lot of men I know, which proves for the thousandth time that women are the stronger sex.

So, here we are. I can't wrap my head around why he won't suck it up and do it, but it's also not something that's destroying our marriage. Until he agrees to the snip, he'll wear condoms . . . every single time. That's right. I've done enough. I'm not getting on the pill or getting cut open again. I'm not doing a damn thing. He can march into the store and buy those rubbers like he used to do in college. So while my "pro snip" team hasn't won the big game yet, his "no snip" team isn't exactly winning, either.