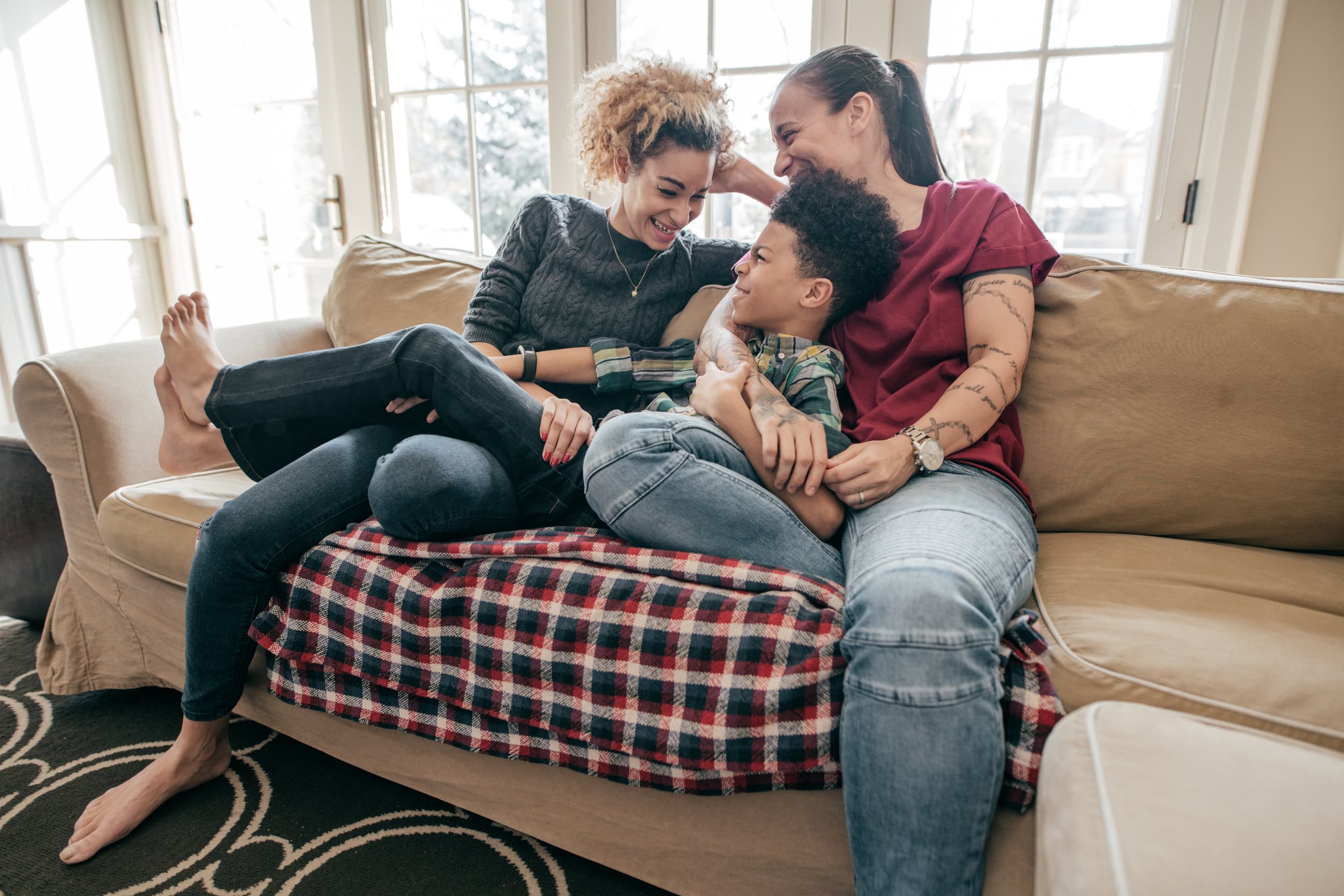 "Who do you want to make a Father's Day gift for at school?" I ask my three children this question every June. The question does not come with shame, guilt, anxiety, or confrontation. It is simply a question that requires an answer. My kids, an 8-year-old and twin 5-year-olds, do not have a dad; they have a sperm donor — one whose existence added to their creation but not to their lives. My kids have two moms, and they are proud of this. They know how they were conceived and will happily tell you about the sperm donor their mamas picked from a cryobank to make them. They may even take the time to tell you that you need a sperm and an egg and a uterus to make a baby. You need lots of love, too. This has been a part of their narrative since they were young toddlers; no topic is off limits.

You can learn a lot about a guy who masturbated into a sterile cup.

Having children was always something I wanted. I married a woman who also wanted kids. After several years of marriage, we were ready. I am nonbinary. I have a female body, but feel both male and female. I had no desire to be pregnant or even donate my eggs to the cause. My reproductive system causes me frustration and body dysphoria; it has never craved creating or hosting life. My partner's biological clock was ticking, though, and she was eager to get pregnant.

We contacted a reputable cryobank and started the search for the anonymous sperm donor. Short of his identity, you can learn a lot about a guy who masturbated into a sterile cup. Voice analysis, essay answers, several generations of family medical and mental health history, celebrity look-a-likes, personality tests, and baby photos were all available to be sure we picked a guy we liked. The goal was to get a blue-eyed, blond-haired, creative guy whose personality seemed to match mine. Because my kids would not be not be biologically related to me, I wanted them to have pieces of me even if cultivated through nurturing and similar DNA traits.

We also chose a donor who was willing to meet any children he helped to create. When my kids turn 18 they can contact the cryobank to set up a meeting with their donor if they are interested in getting to know him. My partner and I thought it was important to provide that information to the children we hoped to have.

I wanted to be enough.

This was not because I thought a home with two moms would be less than or not as fulfilling as a house with a mom and a dad, it was because we never wanted them to feel like they had to search for someone or some connection and not know where to start. I knew I could (and have) provide a loving and happy home for my kids. However, I am not naive enough to think that even a happy child, raised in a healthy and happy home, would not be curious about their biological lineage. My kids may never feel the need or desire to meet their donor, but I like knowing they have the option.

I was admittedly a little apprehensive at first. Sure, in theory, I wanted to give my kids this option. But then I held my oldest daughter for the first time and was crushed by the idea that she would ever not feel completely fulfilled by the life I wanted to give to her. I wanted to be enough. I never wanted to feel replaced by or less than the man who in part created her. Yet all of the times I was able to soothe, feed, and protect her told me I was enough. The smiles she returned, the flying, open-arm hugs, and calling my name in the middle of the night told me she thought so, too.

I knew I could (and have) provide a loving and happy home for my kids.

I have felt this attachment to my other two kids as well. I am their parent. So is their other mama. They don't have a dad. He is not part of their lives and there is no relationship there to give him the title of father. My kids have a sperm donor, and one day, they may choose to meet him. It will be up to them to define that relationship.

So when the focus at school turns to celebrating dads through homemade arts and crafts, my kids choose someone in their lives who they love. Sometimes it's their Pop-pop. Sometimes it's a close family friend. Sometimes it is me or their other mama. This is not because they see us as dads or a father figure, but because we are their parents. We love them, and they love us. This means graciously accepting lovingly made and sometimes fragile works of art from our own lovingly made kids.