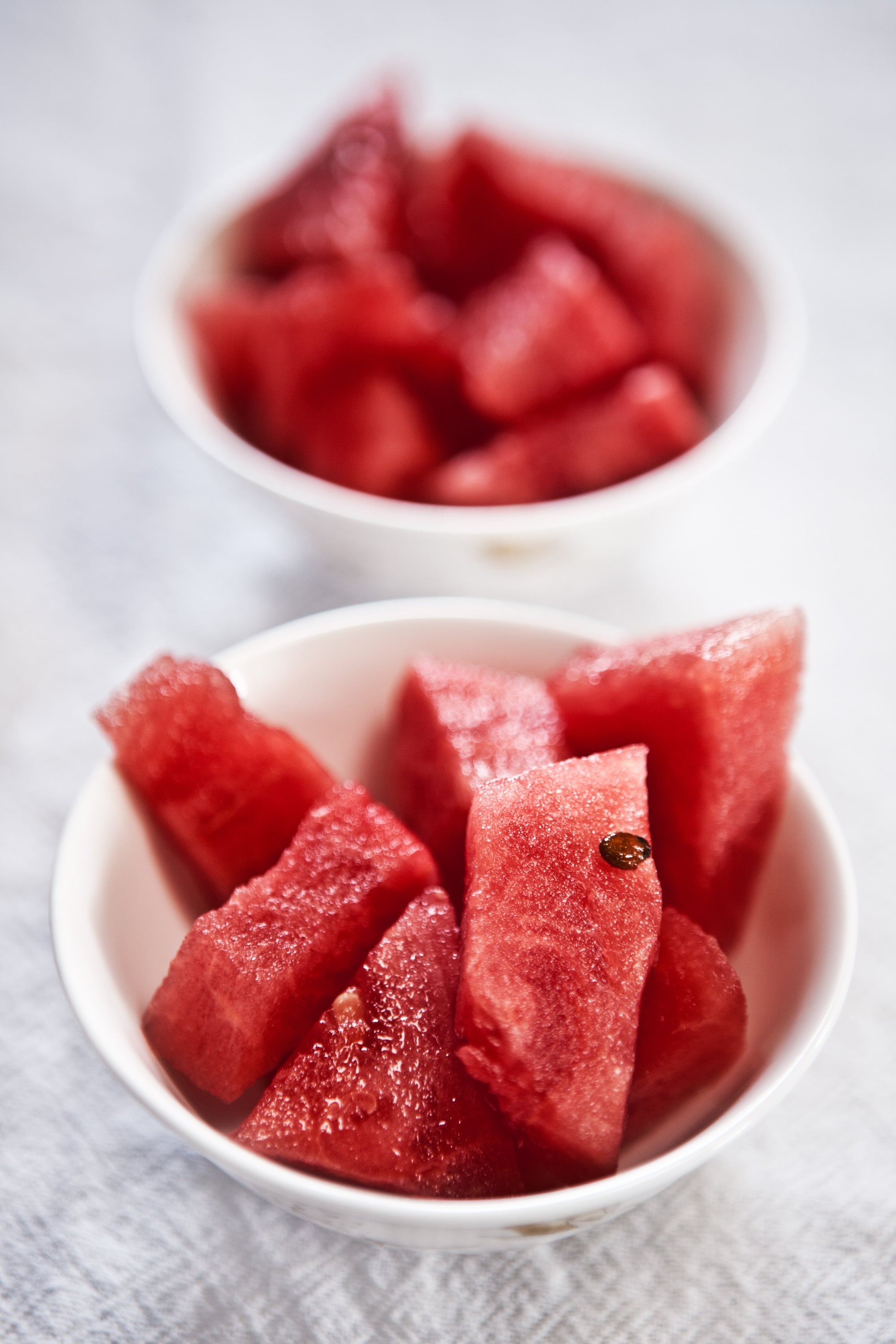 Attention, moms and dads! Put down the highly convenient precut fruit that your kids love to snack on and pick up a full watermelon or cantaloupe to cut up yourself instead. The FDA, along with the CDC, have reported that Caito Foods is "voluntarily recalling fresh cut watermelon, honeydew melon, cantaloupe, and fresh-cut mixed fruit containing one of these melons" due to potential salmonella contamination. The recall, issued on June 9, comes after 60 reports of illnesses — 66 percent of which involved hospitalizations.

For a full, comprehensive list of the exact fruit packages being recalled, see the FDA's website. If you have purchased any affected product, the FDA warns: "Consumers should not eat any precut melon or fruit salad mixes containing precut melons that were recalled by Caito Foods, LLC. If already purchased, it is advised throw away the recalled precut melons or return to the place of purchase for a refund."