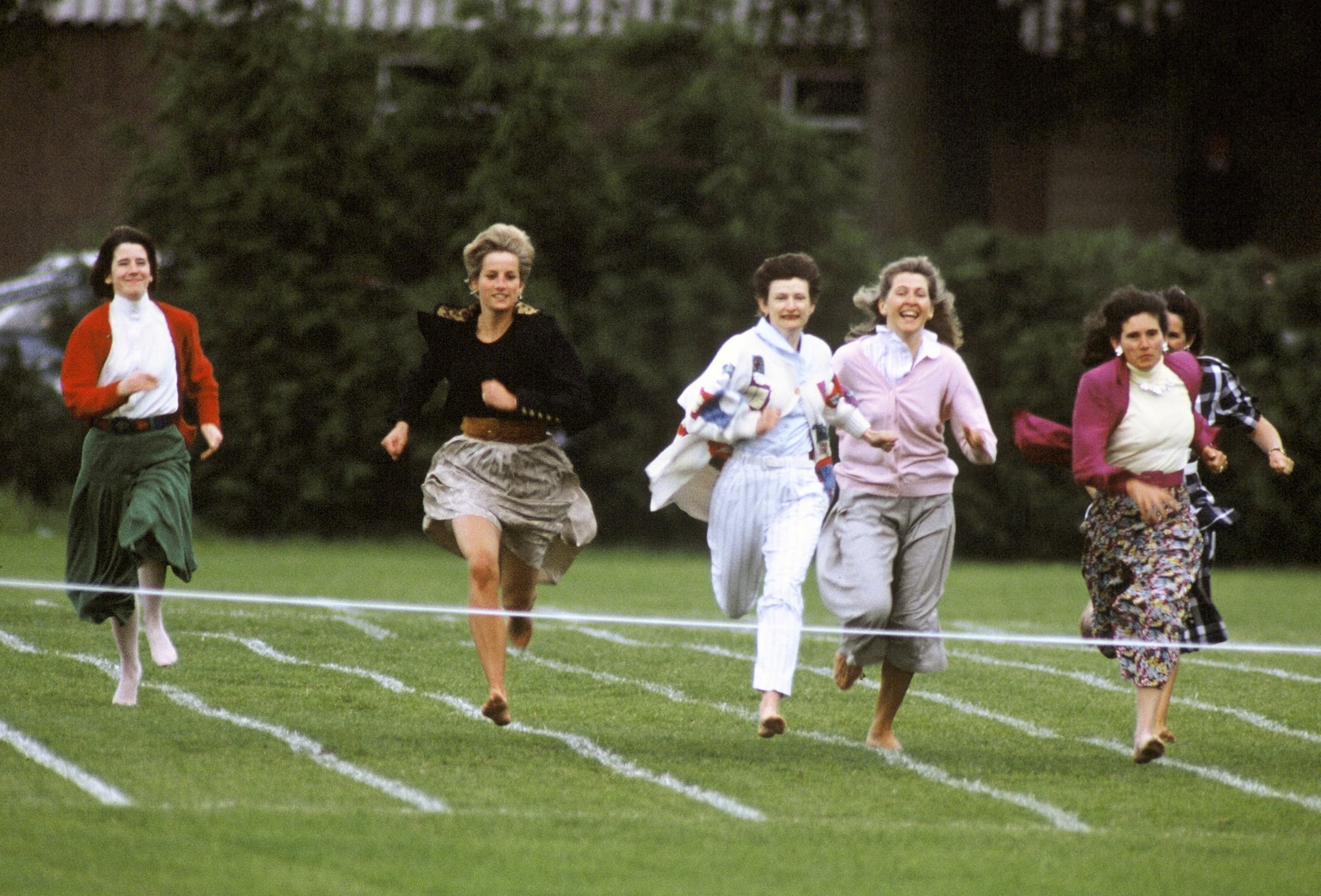 Parents these days can sometimes be a little too involved with their children (you've probably met one on the sidelines at your kids' games), but if there's a time or a place to be fully invested in your little ones, it's during sports. And if there's a parent to model your participation after, it's Princess Diana.

Back in 1991, the Princess of Wales attended Sports Day at Wetherby School, where Prince Harry was a student at the time. And Lady Di didn't just show up, she went all in for the mother's race, even taking her shoes off to compete (while wearing a skirt and blazer no less) in the big event.

Diana appeared intensely focussed, pumping her arms and clenching her fists as she raced toward the string finish line. Sure, she was just one of a handful of involved moms competing for primary school bragging rights, but you can't deny that she appeared ten times more invested than anyone else.

Related:
10 Times Princess Diana Was the Most Badass Member of the British Royal Family

Of course, Princess Diana's commitment to her son's school race should come as no surprise — there wasn't much she did halfway: philanthropy, motherhood, the list goes on. Plus, it wasn't the first time she'd participated in the event — she almost won in 1989 when William was a student. But, much like her humanitarian work, it can be an inspiration to parents everywhere.

When you've been to your fifth Sports Day, your fifteenth fundraiser, or you've stopped counting because you've been so involved, remember Princess Diana's intense facial expression, serious arm swing, and long strides. She wasn't embarrassed or shy, she wasn't too cool (or even too royal), and she wasn't so over the annual school event that she didn't give her best effort. So go out there — to Sports Day or Parents' Day or whatever day they're doing these days — and play like a princess.