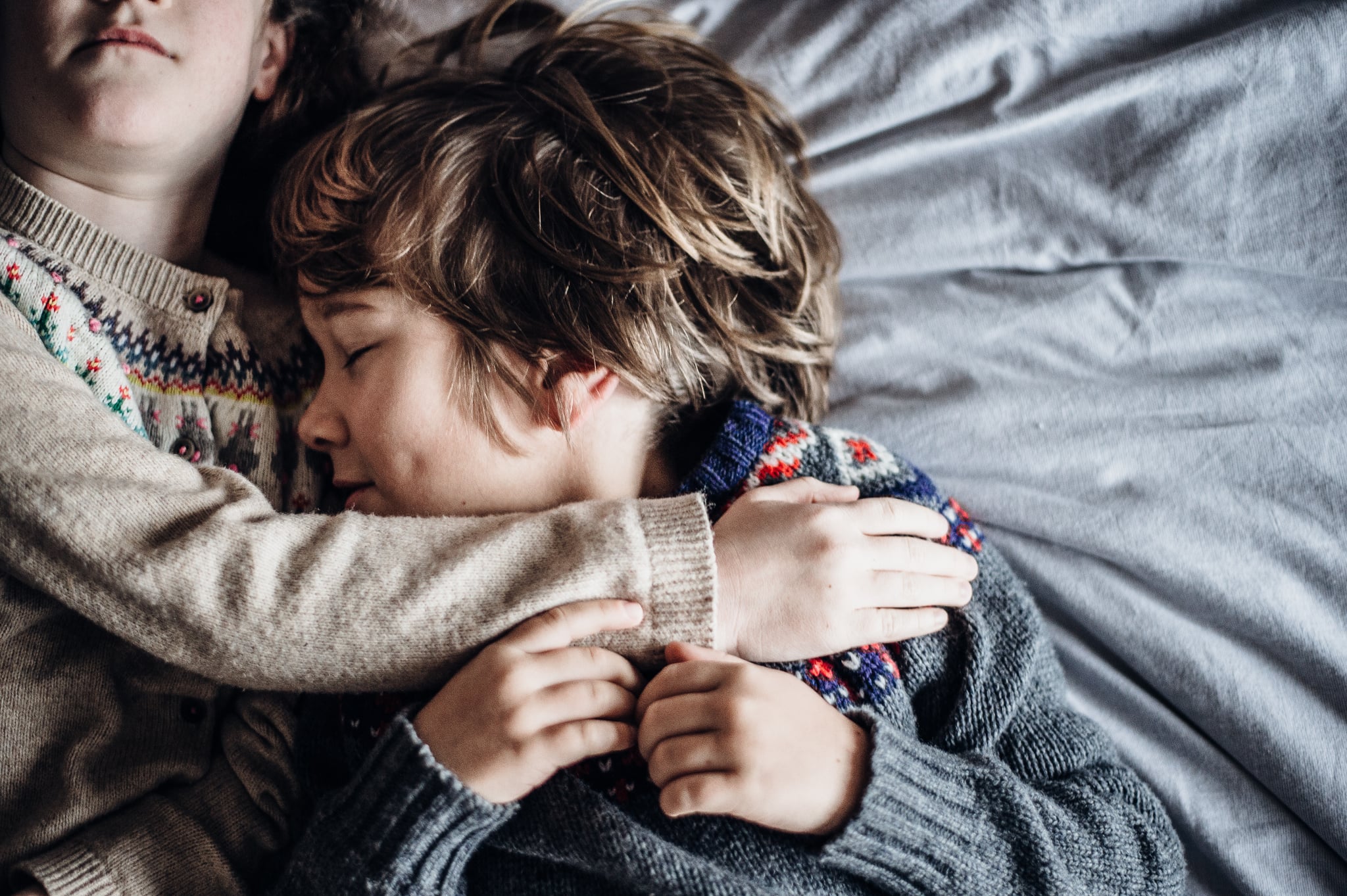 When the doctor announced that we were having a boy, my morning sickness promptly returned that afternoon. I was shocked. Having been around girls all my life, I had no idea what to do with a boy. The only boys I'd tried to raise were the ones I'd dated in my 20s. So like any good mother, I started doing research . . . at the mall. I watched little guys tackle each other in the shoe racks and nervously prepared for a lot of hard-hitting energy to enter my world.

Then I had my son, my quiet little guy who has never once tacked anyone in a shoe rack, my kid who watches movies and cries during the happy endings, saying, "Mom, this is beautiful." And I love it. I've supported every inch of his sensitive heart because that's who he is. I want him to experience his own rainbow of emotions, because that way, as he grows, he'll have the tools to be able to handle them. He can be comfortable in his own skin. But, I'll admit, I do sometimes second-guess my choice. Would he be happier tougher?

He'd be so uncomfortable trying to live in a more stoic world because my kid is most comfortable being emotional.

"Mom, she said she didn't want to play with me today," he wailed as I scooped him up one day. I'd never seen any other kids leave the school sobbing. Should I have prepared him better for the cold, hard world of preschool? Maybe if I'd encouraged him to climb those shoe racks, he wouldn't be so upset.

Once he cried it out and we could talk, I discovered that his best friend played with someone else for a small time that day, but then joined him again later. His heart had broken for the time they'd spent apart. No, he didn't want to play with anyone else while she was away. He simply wanted to wait for her because she's his best friend. I could feel his pain and wanted to hold him forever — or, you know, at least until he gets married.

Another day he asked me, "Mom, is today a school day?" "Nope," I said. "Today we stay home. It's Saturday." And with that, my little guy burst into tears. I was completely confused. With all the best friend sadness going on at school, I had assumed he hated it, but now he was crying because he couldn't go.

"Honey, why are you sad?" I said. "I love school," he replied. "I want to go." His cries lasted as long as it takes to sing one round of "It's a Small World." We sat in silence while he stared deeply into my eyes. He finally said, "Thanks, Mom. It's OK to cry. It feels good." And then he ran off to play.

It would seem my son is more in touch with his emotions that I am. My fear for his fragile heart was making me doubt my motherly instincts, but he has clearly shown me that making him tougher would be the wrong choice for him. He'd be so uncomfortable trying to live in a more stoic world because my kid is most comfortable being emotional. My son is showing me how to raise him, and I'm thrilled to follow his lead. Right now, he needs to cry to get his sadness out, and I'm happy to be here to hold him as long as he lets me — hopefully until long after he gets married.