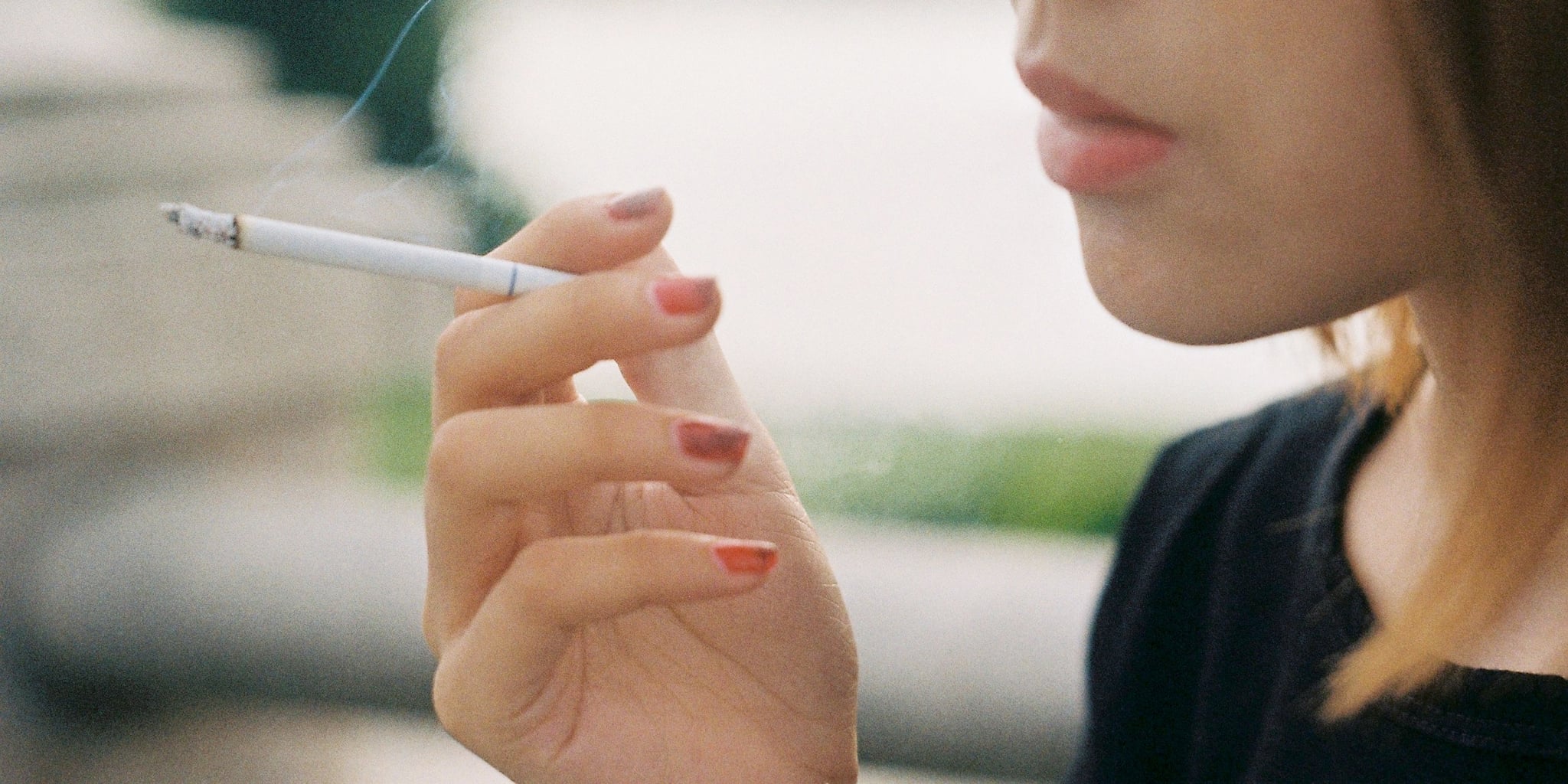 Smoking cigarettes is one of the most disgusting and selfish things a person can do. While I'd urge you to not smoke at all, if you want to destroy your own insides by inhaling lethal toxins, that's your own business. But where cigarettes become really problematic is that by smoking them, you're forcing everyone around you to breathe in that nastiness and the remnants that linger for hours after. No child should have to breathe this in, and if you smoke, you're not allowed around my kid.

It's my job to protect my son from anything that could potentially hurt him.

Children, especially at a young age, are pretty helpless. We, as adults, tell them where to go, how to act, what to eat, and who to interact with. It's unfair for me to plop my son into a dangerous situation, because it's my job to protect him from anything that could potentially hurt him, and smoking has been proven time and time again to be deadly, even if they're not the one smoking it.

One relative told me recently that "a little cigarette smoke isn't going to hurt him." The centres for Disease Control and Prevention (CDC) would argue differently, stating, "There is no risk-free level of secondhand smoke exposure; even brief exposure can be harmful to health." While I would like to think that a few minutes of exposure here and there wouldn't be harmful, that is painfully not the case. Also according to the CDC, exposure to secondhand smoke increases the risks of earaches, respiratory problems, infections, and sudden infant death syndrome (SIDS). So, no, I am not willing to risk any of these things, and it's ridiculous for anyone to expect me to.

Even thirdhand smoke, where active smoking hasn't taken place but residual chemicals and nicotine are found on objects and surfaces, is unacceptable. While I personally find the residual smell of nicotine noxious, for children in particular it can have drastic effects. Children, especially infants who are crawling, are at a higher risk for developing problems from thirdhand smoke than adults. Children have the slightly annoying habit of wanting to touch everything around them, and considering that it could take up to five years for smoke to go away, that's putting them in danger to develop cancer or other dangerous complications.

Yet there are some who will view my firm stance against smoking as my being overprotective at best and an assh*le at worst. I know that many people grew up around smoking and lead perfectly normal and healthy lives, but that very personal perspective doesn't negate the fact that secondhand smoke is dangerous and deadly. I want what's best for my son, which includes a hopefully healthy life. If I have to cut ties with people to get him that, so be it.