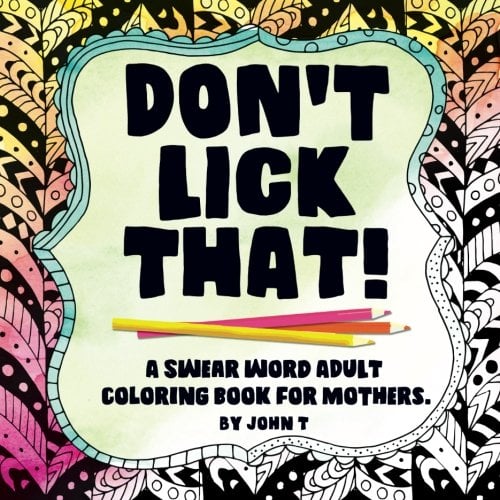 As parents, we obviously love our children very much, but let's be honest — that doesn't mean they don't stress us the f*ck out. There are countless ways that mothers everywhere relieve the stress that is caused by our kids on a daily basis. Some hit up a workout class, some write, some travel, some drink (some = me), and some . . . colour. Yep, acting like a little kid again can ironically get rid of a headache caused by kids. But if you're not into filling in the lines on pictures of princesses or super heroes, may we present to you the "Don't Lick That!" colouring book ($8). It's a hilarious colouring book dedicated to moms who love to swear to help calm their stressed out hearts.

"This adult colouring book is filled with phrases that you many not say directly to your kids, but admit it . . . you have thought some of them once, twice, or 300 times," the author wrote while describing the book. I know that I'll buy mine tonight and spend time colouring it this Summer when my kids inevitably drive me insane. 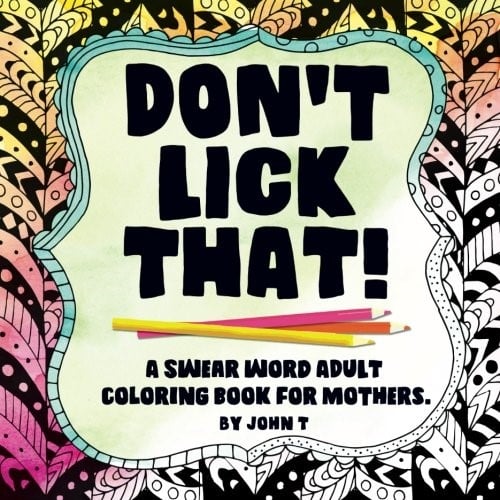