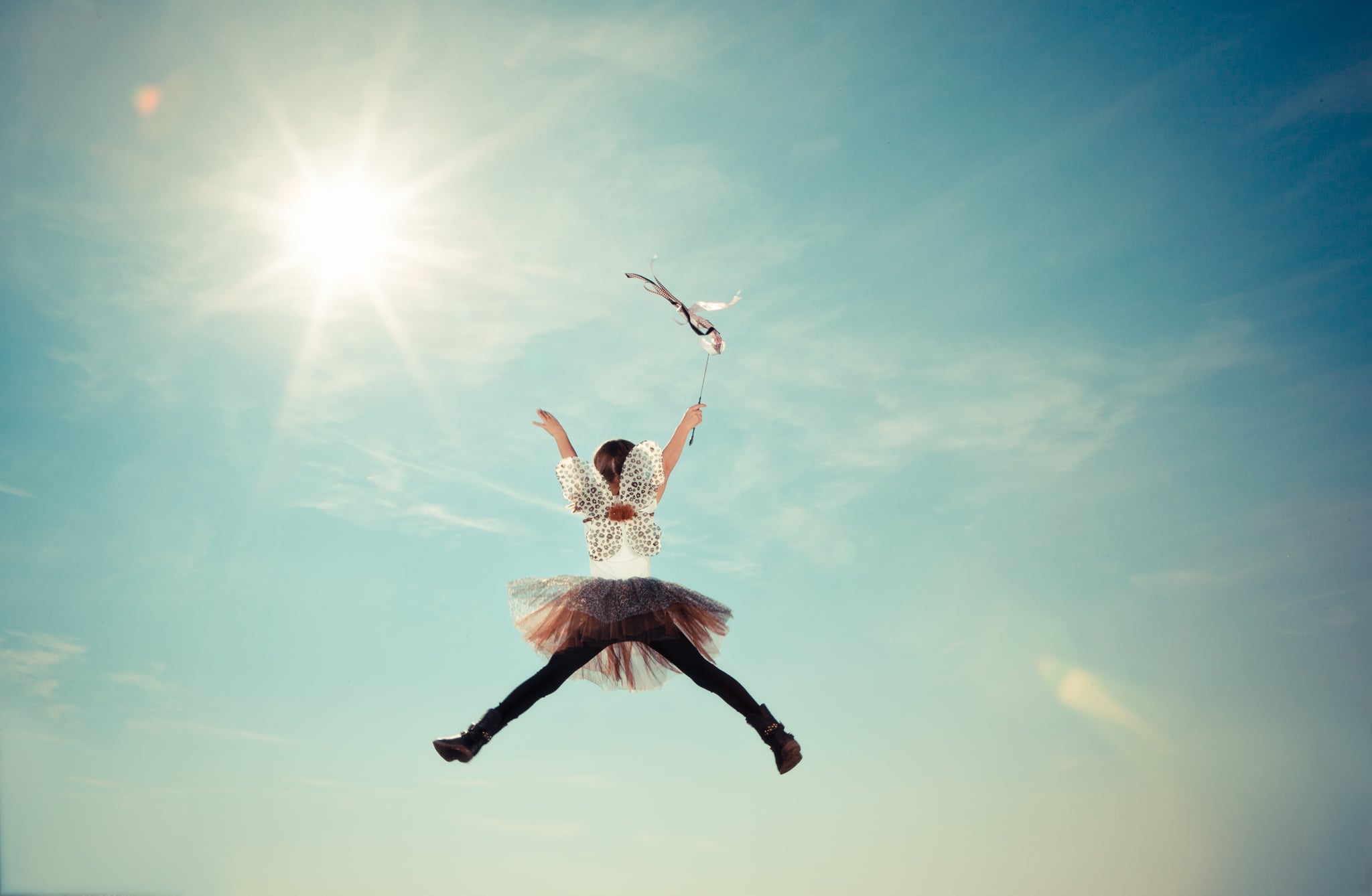 "OH, NOOO!" my 7-year-old son recently shrieked from his bedroom in the middle of the night, the walls echoing with his sobs. I jumped out of bed half asleep, racing in with all my might, terrified of what would be causing his distress. "I lost my tooth! But I can't find it!" he wailed through the tears. "It must have fallen out in bed," I assured him. After searching bleary-eyed for a few minutes without success, I promised him we would find it in the morning. Thankfully, this assuaged his fears and he drifted back into his childhood slumber.

His innocence about something as basic as the illusion of the Tooth Fairy captivated me. I had to keep this wonder alive.

But come morning, the tooth was nowhere to be found. After stripping the sheets, and even moving the bed to peek in every possible crevice, we inevitably concluded that he must have swallowed it, and that there was no possible way to get it back (thankfully, he didn't ask about that option). "How will the Tooth Fairy know to come if there is no tooth?" he pondered woefully. "Just put a note under your pillow telling the Tooth Fairy what happened," I explained. "I promise she'll still deliver." I could tell he was unsure, but he quickly scurried off to write the note. He came back a few minutes later, proudly displaying his work.

Dear Tooth Fairy,
I cannot find my tooth anywhere. I think I swallowed it. I know you usually take it, but can you still leave me some money? I also have some questions for you: What is your name? Are you a boy or a girl?
Thanks!

I warned him his questions might go unanswered. "No, they'll be answered," he stated confidently. "My friend Zoe left a note asking the Tooth Fairy her name and she wrote back Sparkles & Glitter. Zoe only lives five minutes away, so we probably have the same Tooth Fairy. But I really was hoping mine was a sporty boy fairy, with a name like Football Frank or something cool like that."

There was no way around the response. It was only fair that if the Tooth Fairy responded to Zoe, she/he would respond to him, too. My son had already made up his mind that there must be multiple tooth fairies corresponding to various geographic locations, like bus routes or elementary schools. Five minutes away wasn't exactly around the corner, so it was entirely possible that our house was out of Sparkle & Glitter's fairy jurisdiction, and that we could have a different Tooth Fairy.

Here was my real dilemma. My daughter, who is five, has her first wiggly tooth. She's beyond excited about the proposition of the Tooth Fairy coming, and a sporty boy Tooth Fairy just wasn't going to cut it for her. How could I appease my son while at the same time sustain the fantasy for my daughter?

Following a text poll of a few close friends, we all decided there could only be one Tooth Fairy per family. I needed to come up with something that would suit both my son and daughter. As bedtime was slowly sneaking up on us, the pressure was on. My precocious and sporty 7-year-old boy was starting to come to terms with the harsh realities of the world around him. However, his innocence about something as basic as the illusion of the Tooth Fairy captivated me. I had to keep this wonder alive.

Even though he was getting older, I adored the fact that he could still believe a fairy magically soaring into his room at night, moving his pillow, and putting money beneath it, all without waking him. Knowing his naiveté wouldn't last much longer, it was my job as a parent to allow him to appreciate this special childhood experience. The Tooth Fairy's fate was in my control.

I made my decision. My son went to bed, anxiously awaiting the answers to his questions, and the money of course. He woke up in the morning, this time screaming with excitement, not over the one dollar bill he got, but rather the note he received. "Mom! Check out the note I got!" He handed me the crumpled up piece of paper that read as follows:

What is your name? TOOTHY. Are you a boy or a girl? I AM A FAIRY.

A gender neutral Tooth Fairy, perfect for today's political climate. Call me a dreamer, but now the Tooth Fairy's true identity can continue to live on in the minds of my children. They can fantasize and conjure up their own stories and images, whether Toothy is a sparkly glittery fairy, or a sporty boy fairy. While the whimsical days of their childhood innocence are slowly dwindling away, now is their time to believe.