Skip Nav
What to Do If Your Child Has Eczema

POPSUGAR / paid for by / La Roche-Posay

When you can't find a solution on your own, turn to advice from other mums! We've partnered with La Roche-Posay to show you how one mum's struggle with baby eczema led her to discover the LIPIKAR AP+ product that worked for her son’s dry, itchy skin.

As a beauty editor, I'm constantly writing about products that promise to make your skin "as soft as a baby's bottom." It's a good visual — conjuring up images of cherubic babes with adorable thigh rolls and plump, smooth skin. The only problem with that? Most babies' skin, including mine, is far from the rosy picture painted.

For the majority of my 18-month-old son Graydon's life, his skin has been better represented by his book about dinosaurs and their textures. (You know the one: "If I were a dinosaur, my tail would be scaly, my horns would be prickly," etc.) When he was a newborn, his sweet cheeks were covered in baby acne. At three months, his scalp became riddled with cradle cap that was so stubborn no amount of coconut oil could get rid of it, and any time the temperature dips below 15 degrees, a nasty case of eczema covers his back, arms, and thighs. He'll scratch at the patches and cause them to bleed, only exacerbating the issue and causing scabs to form, which then bring on more itching.

I couldn't help but feel those all-too-familiar pangs of mum guilt. What wasn't I doing? Why couldn't I help him?

It's been a constant battle. At first, we could contain the scratching with swaddles and mittens, but once he started busting out of those little mummy wraps, it was game over. We switched to a body wash with colloidal oatmeal and kept his baths short and the water tepid. We slathered his itchy body in every "baby eczema lotion" we could find, but nothing helped. My friends and coworkers laughed at the irony that someone so entrenched in the beauty industry would have a kid with such bad skin. Even though I knew it was super common and mostly benign, I couldn't help but feel those all-too-familiar pangs of mum guilt. What wasn't I doing? Why couldn't I help him? 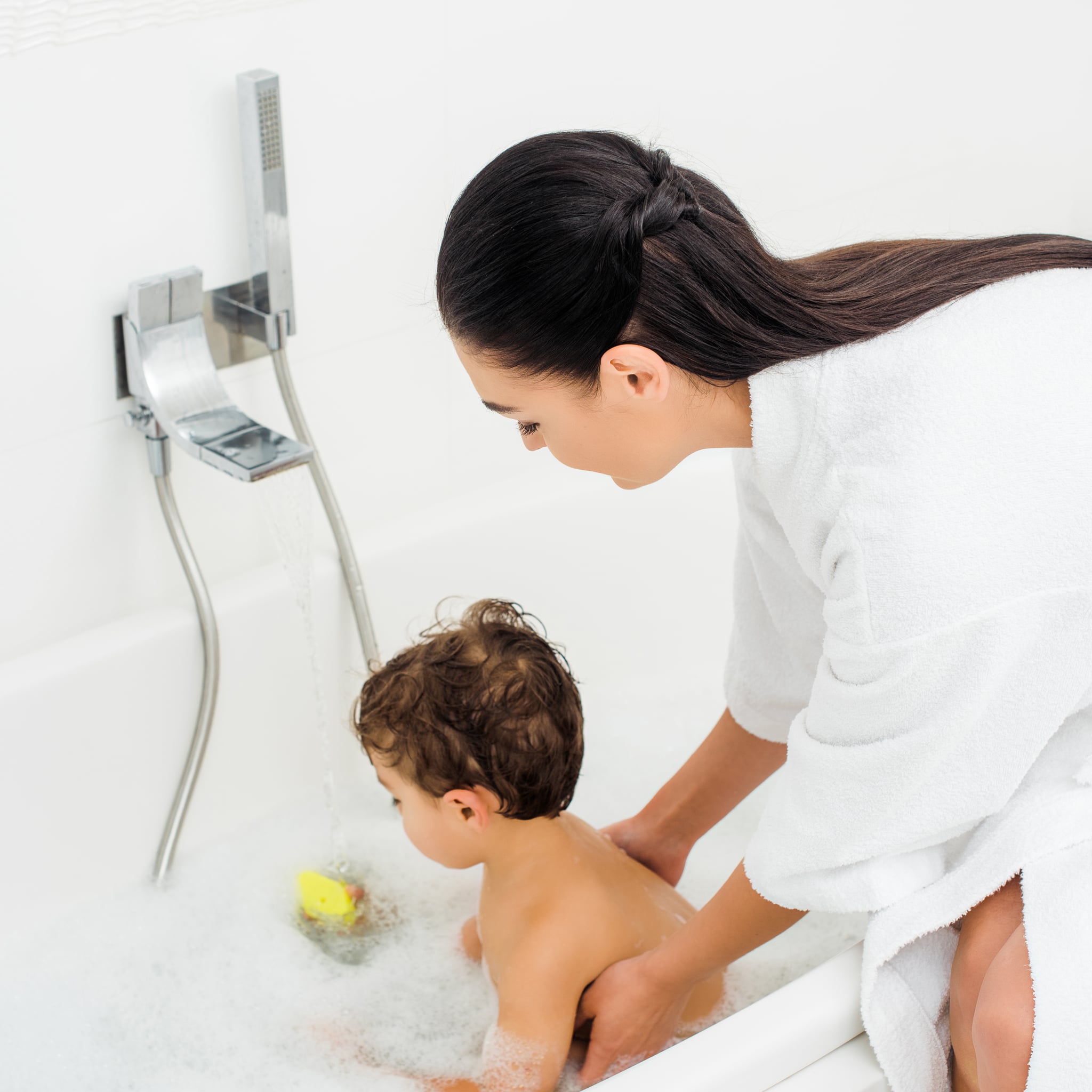 At Graydon's six-month checkup, I grilled his paediatrician. The doctor gave us the go-ahead to use a pea-size amount of cortisone cream on particularly rough spots. The steroid cream worked like a charm, and we used it religiously for months that first Winter. It became part of our morning and nighttime routine: cortisone cream followed by an occlusive layer of petroleum-based ointment.

The eczema largely went away when Spring hit, but the minute the dry, cold air returned the following Autumn, the red bumps came back with a vengeance. We brought back the red tube of cortisone and giant tub of ointment, but this time Gray wanted to be involved in the process. He'd steal the cream from his nappy bag while I was changing him and stick it in his mouth. He'd try to rub it in on his own — and then promptly put his hands in his mouth. I'm pretty liberal when it comes to what my kid eats, but this was a step too far, even for me.

Then, on a mum friend's recommendation, I picked up a bottle of La Roche-Posay LIPIKAR Balm AP+. I was sceptical at first because anything with the word "balm" in it just makes me think it'll be a heavy, sticky mess, but she swore by it, so I gave it a shot. The brand's claims about the product were impressive (24-hour itch protection! 48-hour hydration! Quick-dry texture! Clinically proven to help your child have a more restful night's sleep!), and I loved that the formula was gentle enough even for newborns. Even though it probably still wasn't great for Gray to eat, at least, I reasoned, it wasn't filled with steroids. 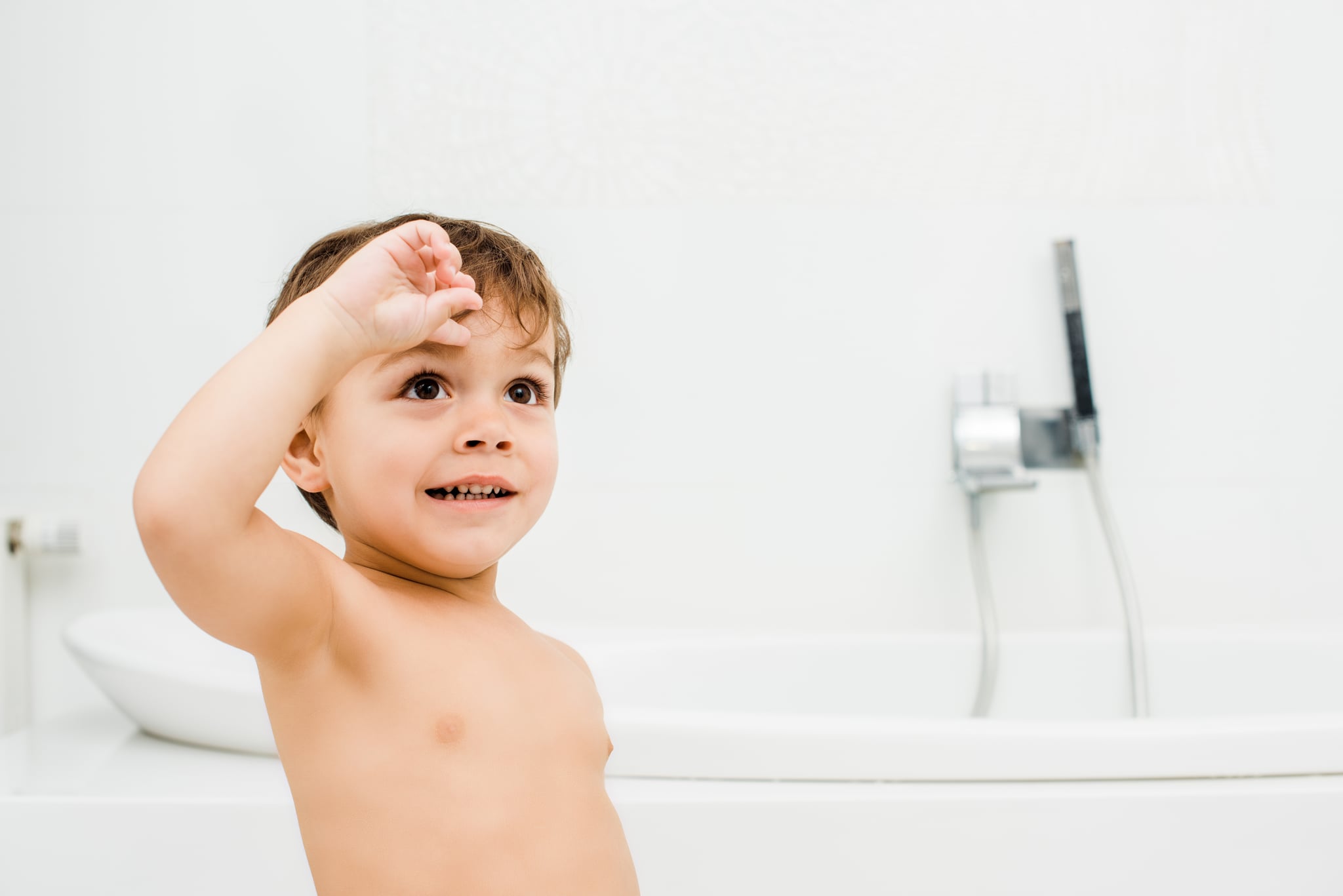 I test-drove the balm after Graydon's bath one night. The bottle I purchased came with a pump, which made it a zillion times easier to apply than the tubes of lotion I had been using, and I was shocked by how easy it was to spread the white cream across Gray's skin. It was completely odourless and felt surprisingly light. By the time I got him from the bathroom to his bedroom and up on his changing table, the balm had already absorbed completely into his skin. I had no problem putting him in his pyjamas — his hands didn't even get stuck in the sleeves!

The next morning, the giant patch of eczema just below the nape of Graydon's neck was still there, but it looked much less red and inflamed, and he didn't scratch at it the way he usually did when he woke up. It was a total #mumwin. I now reach for the balm daily for use on his flare-ups — it's become our new ritual! My only regret is not having discovered it sooner.