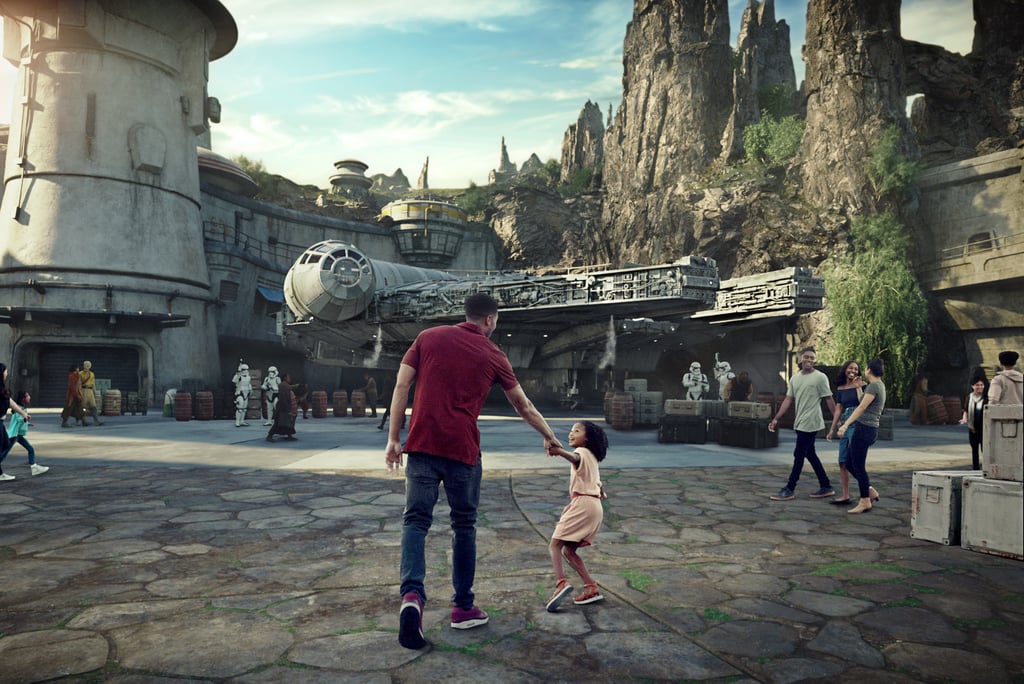 A Disney Imagineer Gave Us a Sneak Peek of What to Expect at Star Wars: Galaxy's Edge

Star Wars: Galaxy's Edge, opening May 31 in Disneyland and August 29 in Walt Disney World, is Disney's most ambitious project ever. The new 14 acre land is set in Black Spire Outpost, a trading post on Batuu, a new planet in the Star Wars universe. POPSUGAR got to peek behind the construction walls at Disney's Hollywood Studios in Orlando to get an exclusive look at Galaxy's Edge — with a Walt Disney Imagineer.

The first thing we noticed: To say the land is immersive is an understatement. The entire space feels like it's been lifted out of a Star Wars film and placed right in the middle of Orlando. The Force is definitely strong with Star Wars: Galaxy's Edge. Click through to see what else we learned on our tour with Walt Disney Imagineering!