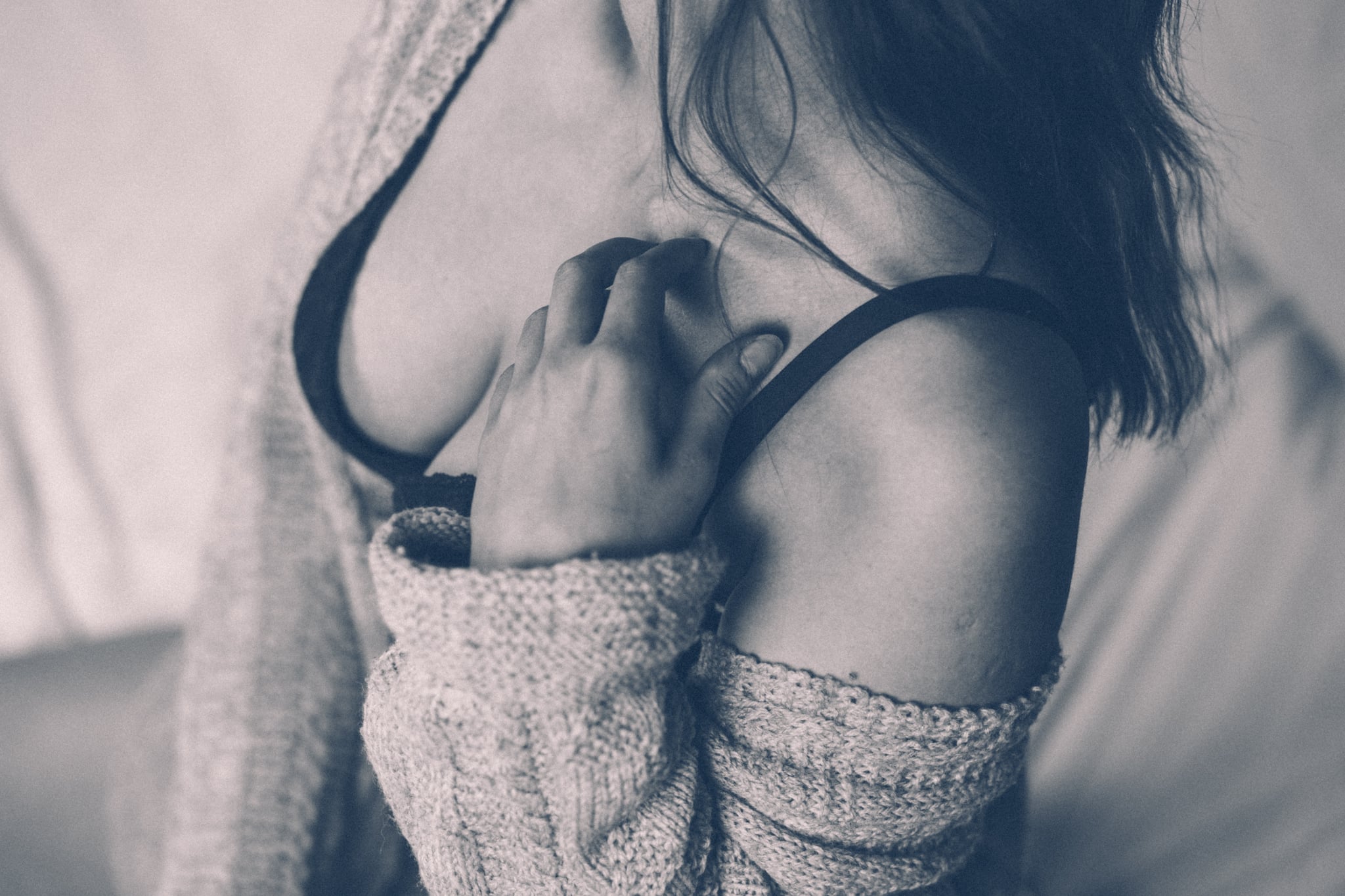 There's no way to fully prepare for the weird ways in which your body changes after childbirth. Feet that grow a whole shoe size, hair that turns curly, hips that settle a little wider. And there's no way to predict which will happen to you once a baby (or two or three) has left your body — but it doesn't hurt to have a heads-up about the possibilities. Who needs to be blindsided by a linea negra that lingers for years? And no mom should have surprise stretch marks added to the long list of stressors that come with new motherhood. Which is why I'm giving you the real deal on breast changes after pregnancy. Whether you breastfeed or not, it's pretty much inevitable that your postpartum breasts won't resemble your prepregnancy ones. As in, be prepared to say goodbye to whatever fullness or perkiness you may have enjoyed before you got that positive pregnancy test.

Science confirms it: drooping and sagging get worse after each pregnancy.

If you start with a smaller bust, you might get excited when you grow a cup size (or two or three) during pregnancy, even if buying a new bra every month gets a little old. When your milk comes in, you could be even more thrilled by the prospect of cleavage if you previously had none to speak of. Or you could be cursing the fact that you can barely find a nursing bra that fits. Your breast size will go up and down much like the roller coaster that is postpartum hormones as you move from early pregnancy past childbirth. But eventually, the ride comes to a screeching halt at the very bottom of the track.

I'm sure some people don't experience such a dramatic change, but for me, my breast size tapered off dramatically in the months after I finished breastfeeding each of my babies. I thought I was in pretty good shape wearing some of my prepregnancy bras weeks after weaning, only to discover that a month or two later, I could barely fill an A cup. And cup size, whether you maintain your regular measurement or not, isn't even what you should be worried about — it's how the breasts seem to slowly deflate until you're left with little more than a flap of skin accentuated by an oddly shaped nipple. Motherhood is fun, right!?

Sure, you could be one of those lucky unicorns who experience larger-than-before breasts after babies, but my personal experience (and that of most of the moms I know) is the opposite. And science confirms it: drooping and sagging get worse after each pregnancy, which is probably why the majority of women report adverse changes in their breasts after they've had babies.

So along with all the other closet swaps you'll be making to accommodate your postpartum physique, you'll also have to find new bras. And don't be surprised if they resemble the sports bras you wore in middle school, because it's entirely possible your postpartum ladies will no longer fill any kind of cup. It's no wonder some women choose to undergo breast augmentation after baby! But whether you have surgery to spiff up your postpregnancy breasts or you learn to love what you've got left, I'm sure most women would agree that those little humans are absolutely worth whatever changes you endure.

Summer Olympics 2021
Thanks to Vocal Mums, Tokyo Olympics Will Allow Athletes to Bring Their Nursing Babies
by Karenna Meredith 01/7/21

New Parents
For 18 Months After Giving Birth, My Body Just Wasn't Ready to Work Out — and That's OK
by Teresa Maalouf 15/3/21