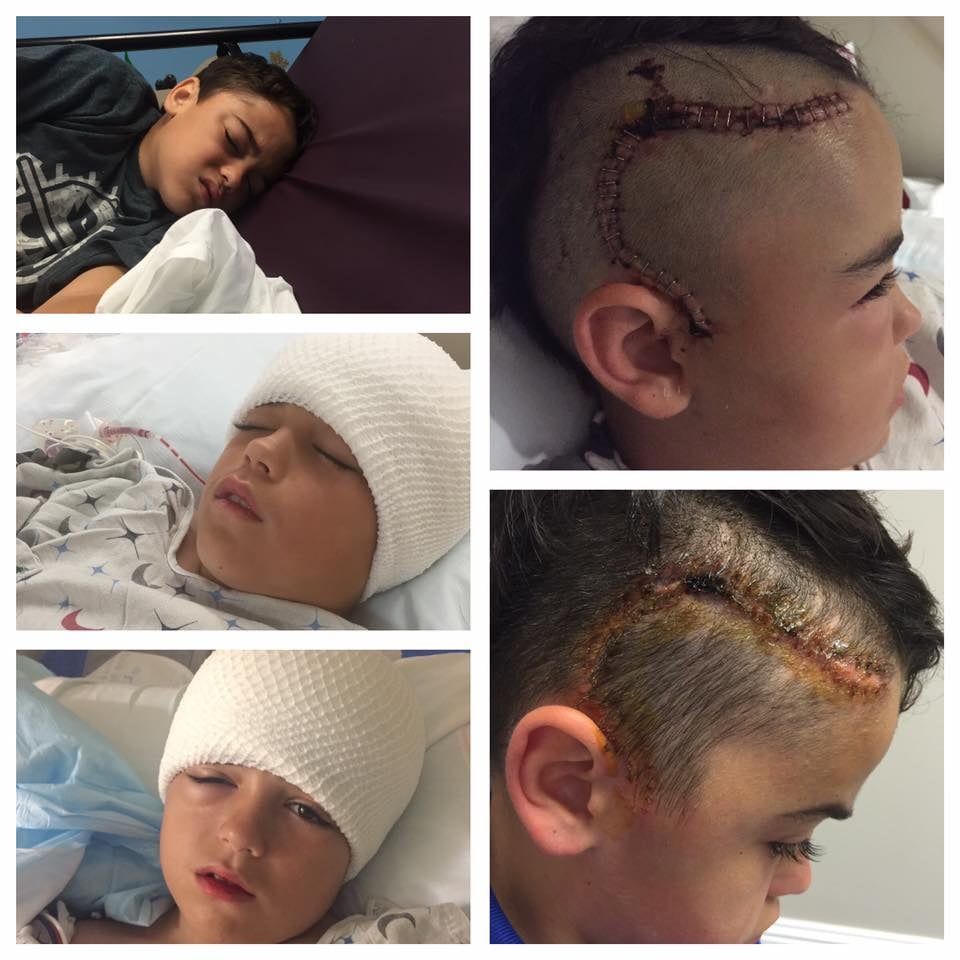 Nine times out of 10, you make sure your kids wear their helmets when they go out on a bike ride. But that one time you don't? The one time they fall? That's when it matters most.

"While riding his bike, he fell off, scraping up his elbow and knee," the Florida-based mom wrote in a moving Facebook post. Like most parents would do, she asked Jaden if anything else hurt. His only complaints were his elbow and knee. "He showed no signs of trauma and continued about his day."

Two days later, Jaden woke up with a headache. He was lethargic and had no appetite. That's when Rivera noticed something: "You could see swelling around his right temple."

She decided to take him to the hospital, and when she got Jaden into the car, he started vomiting. By the time they arrived at the ER, things were far worse.

"The diagnosis was right temporal fracture of the skull and right temporal epidural hematoma," Rivera wrote. "The doctors explained to me that my son need emergency surgery within the hour to try and save his life. The chances of him making it were 50/50."

Following more than two hours of surgery and 32 staples in his head, Jaden was alive: "We were told by the surgeon and other doctors that it was a miracle he survived. All other cases, the kids never came out of surgery."

It's been a few weeks, and Jaden has almost no permanent damage or disability, but his mom has a warning she'll give the rest of her life:

"I am telling you this in hopes to raise awareness for all children and adults why you need to wear a helmet," Rivera said. "Help others be aware of the dangers of riding without the proper safety equipment. The injuries my son had were equal to those in a motorcycle accident . . . this can happen to anyone."

And it just takes one fall.