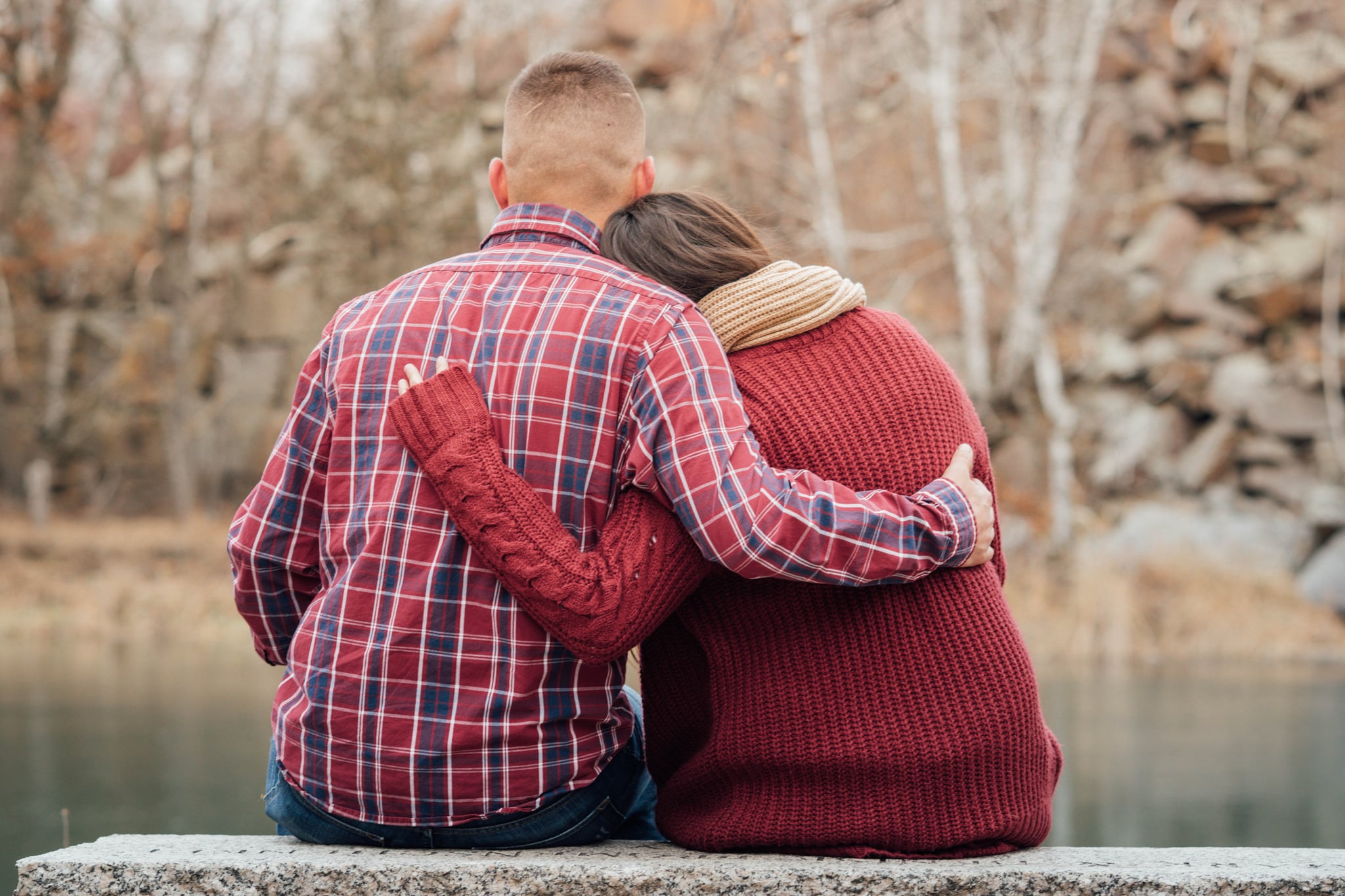 Grief is a difficult emotion to navigate, especially when someone you love dies tragically. And when that tragedy takes place around the holidays, it only magnifies the loss. My husband and I lost our best friend right around New Year's nearly two years ago. That loss changed the holidays for us forever, because he was an integral part of our family. Not only was Dave closer to us than a brother, he was our kid's favourite uncle — one that our youngest still doesn't even realise wasn't his dad's real brother.

December 31st, 2016. I spent three hours on our annual FaceTime call with him. He was born on New Year's Eve, so we called him just before midnight to sing "Happy Birthday," and I stayed on that call until after 3 a.m. Living in California, "Uncle Fitzy" as our kids lovingly called him, had a way of forgetting that we were three hours ahead of him. And after our final lighthearted goodbye, I hung up the phone and went to bed.

As we approach two years without him, I'm already overwhelmed with the stress of planning a holiday. I want to find a positive way to celebrate the New Year, but my mind is clouded by the pain and guilt over Dave's death.

Sometime in the first few days of the New Year, Dave took his own life. It's unclear exactly when he committed suicide, but the last time I heard from him was New Year's Day. He sent me a text that read: "You are my total inspiration for this year. Thank God you called, sis. Made all the difference. Kiss everyone then have them kiss you for me. Love you, girl!" I've read this message over and over, finding it hard to believe that the same person who wrote it was struggling with thoughts that would lead him to take his life.

Related:
My Dad Died 2 Weeks Before I Gave Birth, and It Almost Broke Me

When it comes to having a million-dollar smile and a personality that can light up a room, Dave went beyond both. He had an enthusiasm for life that was unparalleled. His charismatic personality could even make my husband melt, which is no easy feat. His 350-pound muscular stature was just a shell for who he was on the inside — a big teddy bear. Dave loved hard. And while my husband and I knew he loved us, it was his passionate, unwavering love for our children that we've grieved the most since his passing. He was a constant, supportive presence that showered them with love, encouragement, and words of wisdom only an uncle can offer.

I'll never forget his reaction when our son was diagnosed with a brain tumor. Too emotional that he couldn't speak to us on the phone, he sent this note instead: "May this be the toughest battle our little man has to overcome in his life, so that the worst is already behind him. When the fight gets tough, turn to Matthew 7:7-11. 'Ask and it will be given to you; seek and you will find; knock and the door will be opened to you.'" I often go back to that note and wonder why he didn't take his own advice. I wonder why he didn't turn to us. To live with the guilt that we couldn't offer him the support he so selflessly offered us breaks my heart. To move so quickly from positive, heartfelt conversation about inspiring each other to be great in 2017 to suicide is unfathomable.

When someone you love dies by choice, the guilt and anger you feel are consuming. You try to understand why or how it happened. You blame yourself for not recognising the signs and doing something. The feelings that surround a tragedy of this magnitude are intense. Dave was hiding a deep pain so severe that he felt taking his own life was his only option. He carried that pain without anyone knowing. A pain that didn't even surface during a three-hour conversation with one of his closest friends.

Because of this, the holidays will never be the same for our family. It's the anticipation of this time of year that we dread the most. The pressure to make it a time of celebration, family, and togetherness feels impossible when such an influential participant is missing. It's hard enough without him; it's even harder that the holidays mark the anniversary of his tragic death.

As we approach two years without him, I'm already overwhelmed with the stress of planning a holiday. I want to find a positive way to celebrate the New Year, but my mind is clouded by the pain and guilt over Dave's death. I know there's a lot to enjoy during the holiday season, but it still feels wrong to participate. Maybe one day we'll be able to start a new tradition that makes the holiday less heartbreaking for our family. But even if we do, it will never have that innocent and comforting joy that it had before his death. Because without him, our family will always be a little less whole.