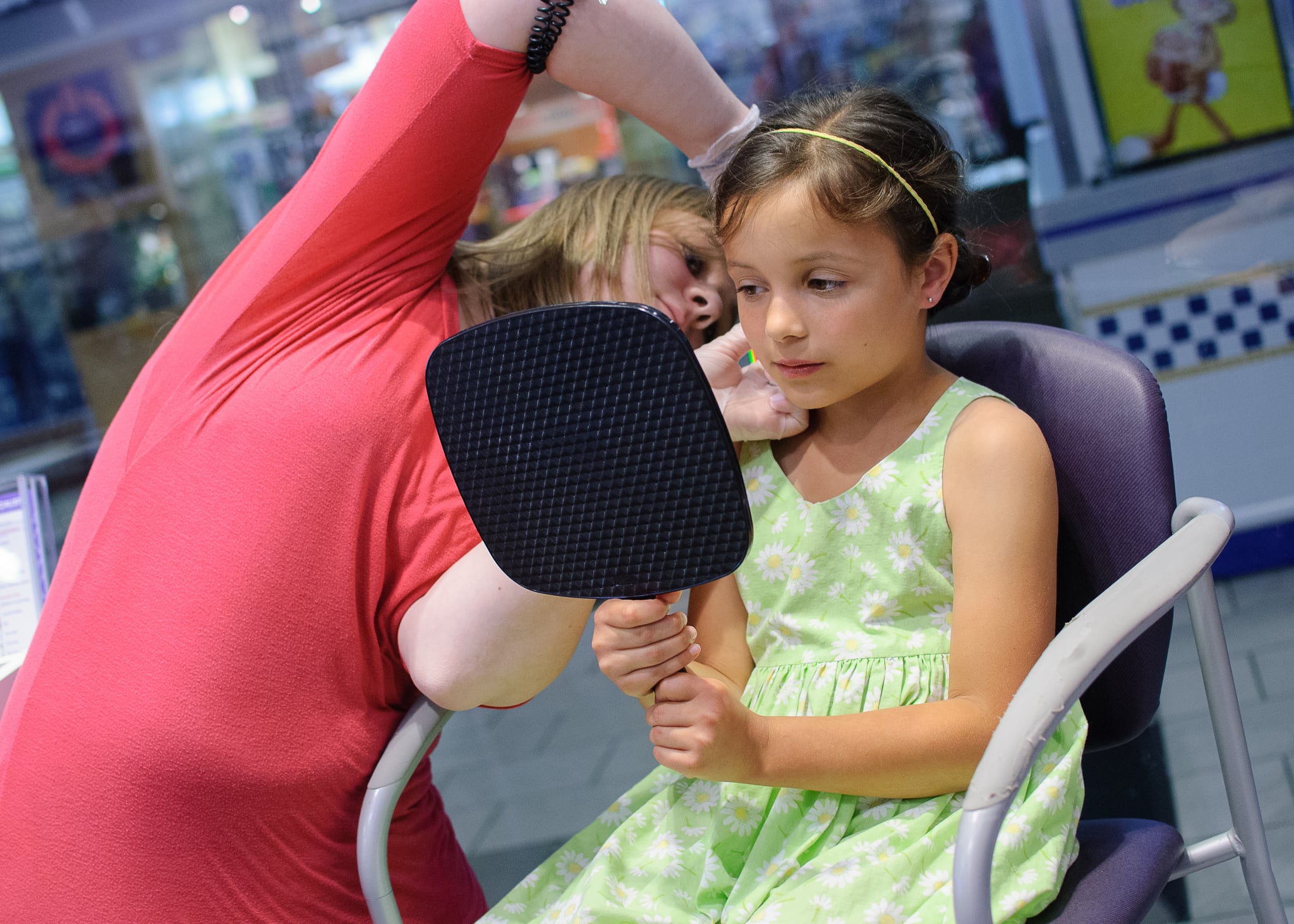 For about a year, my 7-year-old daughter has been tiptoeing around the idea of getting her ears pierced. I've stayed completely neutral — offering only that it was her body and therefore her decision — while she weighed her desire to follow in so many of her friends' footsteps and introduce a whole new category of accessories to her life (the girl loves accessories) with the fear of potential pain and the responsibility of after care. It's been pretty interesting to watch how she's processed it all, thoughtfully and carefully, with a surprising amount of self-knowledge and acceptance.

In fact, I think it's been as much of a lesson for me as it's been for her. I learned that giving her the autonomy to make her own decision about something as small as a pierced ear wasn't a small thing at all in her mind. It was empowering, and her little second-grade self was up for the challenge. By taking a back seat in making a decision that was looming so large in her mind and letting her take the lead — a situation that's only now becoming more common as she gets older and is handed more independence and responsibility — she learned that she was capable of doing just that.

Related:
I'm the Mom of a Tween, and This Is What Sleepovers Are Really Like

When she announced she was finally ready to take the plunge (or should I say poke?) last month, I knew I didn't have to worry about her crying hysterically in the chair or chickening out at the last minute. She had actively and seriously made her decision, all by herself, and she was sticking by it. My little girl, I learned, was becoming a big kid, one that was ready for earrings.

And that's when the second lesson came in, because I'm a modern mom, meaning I overthink and complicate every single parenting decision. Now that my daughter had decided she wanted her ears pierced, of course I was going to make sure she did it the best way possible, which in my opinion, couldn't possibly mean taking her to the mall like my mom had done for me 30-plus years ago. Certainly we have evolved past that to a better place, right?

Instead, a friend of mine whose daughter was also ready to pierce her ears and I did our due diligence, researching and calling tattoo parlors, fancy urban piercing spots, and even a medical ear piercing clinic run by pediatricians. The tattoo parlors didn't open until late afternoon, which didn't work with our busy schedules, and the medical piercing clinic was booked months out on weekends, which left the fancy piercing place.

We stopped by a couple of days before we were planning to take the girls in just to check it out. Instead, we got lectured by a piercing specialist with more than a few holes in his face about the PTSD he was currently suffering from, caused by years of piercing so many hysterical little girls, a reality that had inspired his company to move their minimum age requirement up from 5 to 10 years old. Our daughters, despite their readiness and our certainty that no hysterics would be involved unless we told them they couldn't get their ears pierced, would not make the cut.

We spent an afternoon scrambling for a new location, coming up short, and panicking that our daughters' dreams of fake diamond studs would be crushed. Then we realised how ridiculous we were being. There was, of course, a place we could take them, without a reservation and without a $200-plus price tag that would be more than willing to pierce their ears. And that place, my friends, was the mall.

We walked into Claire's when it opened at 10 a.m. the next morning and walked out with two ecstatic little girls, both with pierced ears that caused them to shed not a single tear, less than 45 minutes later. It was fine, and their ears are healing nicely. Lesson learned: we modern moms might have good intentions when we complicate things, but sometimes an old-school, simple solution works just as well.