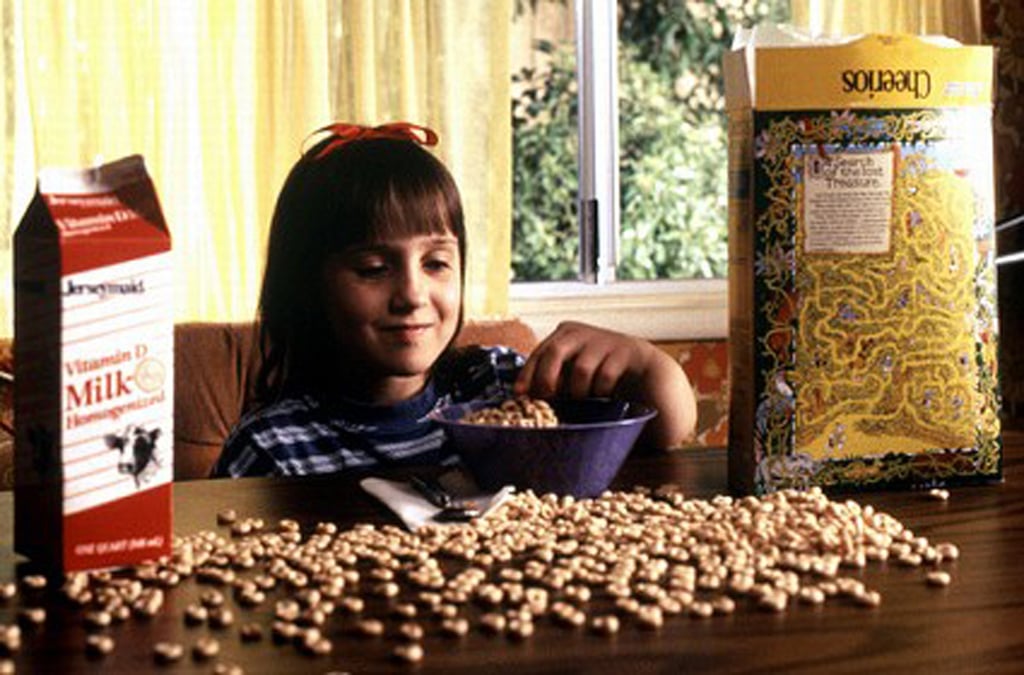 Be Still, My ’90s Heart — This “Matilda Challenge” Is the Wholesome Trend the Internet Needed

A new internet trend is picking up steam, and for once it's not something that will put your kid in danger (ahem, looking at you, Tide Pod Challenge), nor is it something that will drive you nuts (you can only watch and listen to kids dancing to "In My Feelings" for so long, ya know?). It's called the "Matilda Challenge," and it's making my '90s heart beat proudly.

If you recall the 1996 film Matilda — if you haven't seen it, go watch NOW . . . I'll wait — there's a pivotal scene in the middle of the film when Matilda realises she can use her powers at will. To "practice," she makes herself a bowl of Cheerios using nothing but her mind. Thurston Harris's "Little Bitty Pretty One" begins to play, and Matilda, played by a young Mara Wilson, starts dancing around the room, turning on lights by pointing at them and making cards and Bingo chips dance in midair. It's truly one of the best scenes from the flick (which your kids need to see ASAP if they haven't already).

Now, in 2018, people are re-creating that scene with the iconic song playing in the background and their friends powers moving objects around their own kitchens and living rooms. Although it appears — according to a tweet from Mara Wilson herself — that an adult started the challenge (makes sense, considering it's a '90s movie), kids are starting to catch on and re-create the challenge themselves. And if it means a new generation lovin' on Matilda, I'm here for it. Check out the original scene, as well as all the re-creations that are beginning to go viral, ahead.

Related:
These Are the 15 Movies From the '90s That You Need to Watch With Your Kids
Previous Next Start Slideshow
Kids MoviesChallengesThe '90sNostalgiaInternet
Around The Web

Celebrity Style
Aw! January Jones and Kiernan Shipka Both Rewear Their Golden Globes Gowns From 2011
by Nikita Charuza 6 days ago