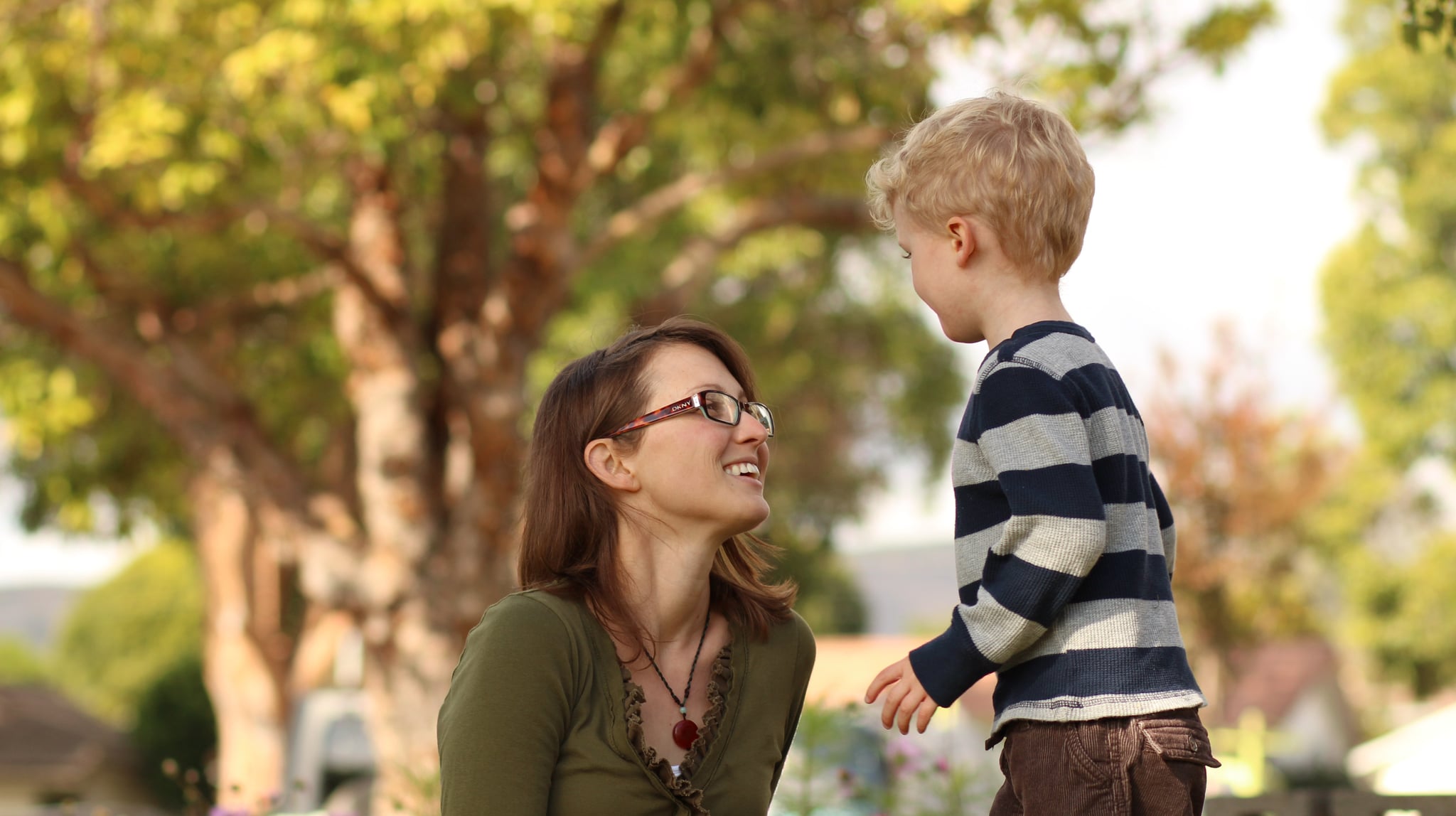 Almost three years after our daughter was born, we added a son to our family, much to my husband, brother, and father's delight. At first, I didn't really get their enthusiasm about adding to the male ranks of our family (silly, I guess, considering how excited I had been when we found out our firstborn was a girl).

By all appearances, it initially seemed that this baby wouldn't be much different than his sister. Their first days seemed equally occupied by sleeping, eating, crying, and diaper changes. Sure, my son had different parts to deal with during those diaper changes, but other than that, what was all the fuss I'd been hearing about from other boy moms about errant pee streams, disgusting habits, and general wildness?

No one ever told me the one, most shocking thing about boys, and that's just how damn physical they are.

Four years later, I totally get it. My now rough-and-tumble, penis-obsessed, butt-scratching son is all boy, complete with the action figures, makeshift weapons, and general rowdiness. Before becoming a boy mum myself, I had heard the detailed headaches of raising boys: the abundance of urine that never finds its way to the toilet, the constant dirtiness, and the even more constant potty talk. But no one ever told me the one, most shocking thing about boys, and that's just how damn physical they are.

While my daughter is content to sit and colour while watching Sofia the First, my son prefers to build elaborate play setups with castles, dragons, bad guys, and multiple Batmans, then forcefully destroy them with his own body. While my daughter walks from point A to point B in a fairly straight line, my son prefers to climb every structure that can subsequently be jumped off of, no matter how high. My daughter gives me tender hugs and chaste kisses. My son's hugs resemble an NFL tackle, and his kisses are more slobber than sweet.

I'm not complaining about any of this. I just wish someone would have told me that having a boy also meant that my body would regularly be used as a climbing wall and that I would be poked, prodded, squeezed, and squished daily for his amusement. And that's not even discussing the toddler-boy stage, where a mom is forced to chase her little prince through every store and nearly every major road they encounter — so undeterred is her son by strangers and speeding cars.

The physicality of boys also means that they experience the world tactilely, which essentially means they'll touch pretty much anything, no matter how gross it is, and nine times out of 10, they'll also consider putting that thing in their mouth — if it's immobile, no problem; they'll bring their mouth to it. My kid is still trying to convince me he could eat the three dirty Starburst he spotted on the ground outside his preschool a month ago without getting sick.

So, the next time a friend tells you she's expecting a boy, don't bore her with tales about the usefulness of pee-pee teepees or horror stories about your son's backyard mud baths. Buy her a pair of running shoes, some hand sanitiser, and a helmet. She's going to need them.

Spring Fashion 2022
Fashion Is For Everyone, So Why Am I Still Downloading Runway Looks For "Men" or "Women"?
by Sarah Wasilak 3 weeks ago

by Chanel Vargas 58 minutes ago