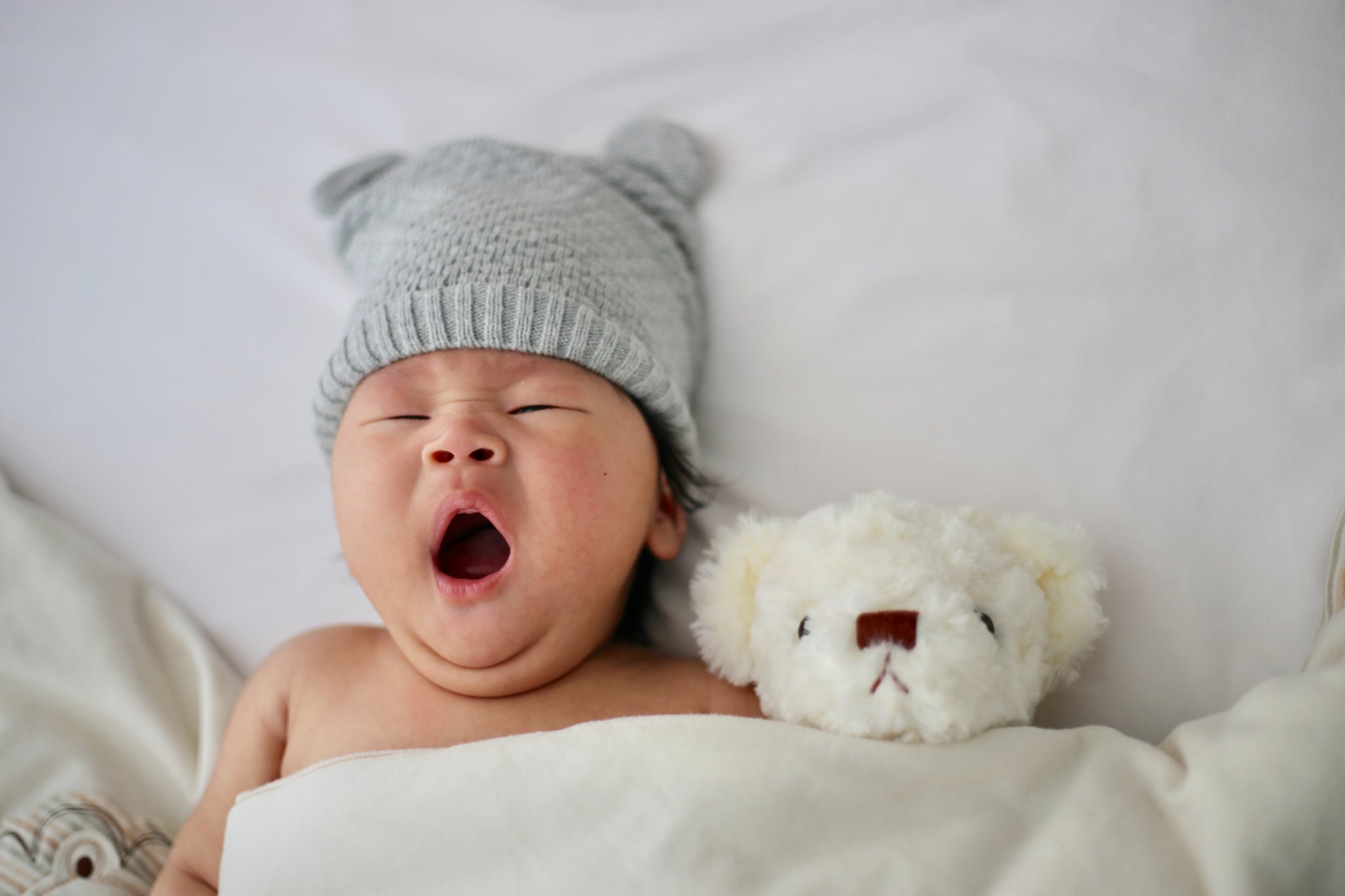 I still remember the first time one of my best friend's — also a mom, though more experienced — asked me about my daughter's nap schedule. "Her what?" I asked. She didn't have one. She had a million other schedules and things I was logging, but clocking the naps wasn't one of them. "Sleep begets sleep," she told me. The gears clicked and I rushed her off so I could drive home and put my daughter down for a nap. This was a very long time ago.

We're at the 17-month mark and naps are fairly on track — there are two a day, one at 9:30 a.m. and one at 1:30 p.m. but I do look forward to the day when she drops down to one. I'd be able to take her to more classes and just have more freedom in the morning to do things with her without paying attention to the time. Curious as to how other parents handle naps — for babies, toddlers, and older kids — I turned to POPSUGAR parents for expertise. The biggest thing I learned is that there's no magic answer.

Keep your eye on bedtime.

"I felt like my kids all did it on their own and at different times. But, if we were out all day at the beach or pool and [one child] wanted to sleep at 4 p.m., I would let them. I would just try not to let them sleep for too long or to close to 7:30 p.m., when they goes down for the night." — Dana Avidan Cohn

If you want to change it, everything might need to shift.

"Dropping the third nap was easy, but as my son's approaching 1-year-old, it's becoming very clear that we need to drop the second nap. Currently, he goes down around 10 a.m. for a two-hour morning nap, but is fighting his afternoon nap hard. I'm going to try to push back his morning nap by 15 to 30 minutes until we get it to the prime 12 p.m. nap time! This will require a shift in his bottle feedings as well. Currently, he drinks six to eight ounces every three hours, but we're going to push to every four hours and potentially cut a bottle." — Amanda Murray

Look to nighttime sleep for guidance.

"I do remember there came a point when my youngest was around 3 where he wouldn't go to sleep at night, which is when I realised it was time to drop naps completely. If he was about to fall asleep in the car in the afternoon, I'd try really hard to keep him awake to the point where he would start to ask anytime he was in the car, 'Can I go to sleep?'" — Krista Moatz

Let them take the lead.

"I think it really came from my daughter when she was around nine to 11 months. She just would be really inconsistent with the afternoon nap. So we would just see how she was each day/how the night before had been for her and whether we'd even try to put her down for that later after-lunch nap. If she wouldn't, we didn't force it, and we started moving her morning nap from 11 a.m. to 11:30 a.m., and now it's at 12 p.m." — Hannah McKinley

If you're transitioning to one, keep them busy.

"My kids were in daycare and at 1-year-old, they switched to the 1-year-old room, and that schedule only had one nap, so they transitioned within a week. I think on weekends they took two naps for about a month or two, but during the week, they just stayed awake and played with their friends at daycare. Keeping them busy and around other kids helped them stay up and transition to the one nap after lunch. Staying out of the car, or out of the stroller, was a must." — Jenny Sugar

Related:
6 Books on Sleep Training, So You Can Finally — Maybe — Get Some F*cking Rest
Image Source: Unsplash
How Do Parents Do ItParenting AdviceBabies
Around The Web

Birth Announcements
Sophie Turner and Joe Jonas Welcomed a Baby Girl, and She Has the Cutest Name!
by Alessia Santoro 28/7/20