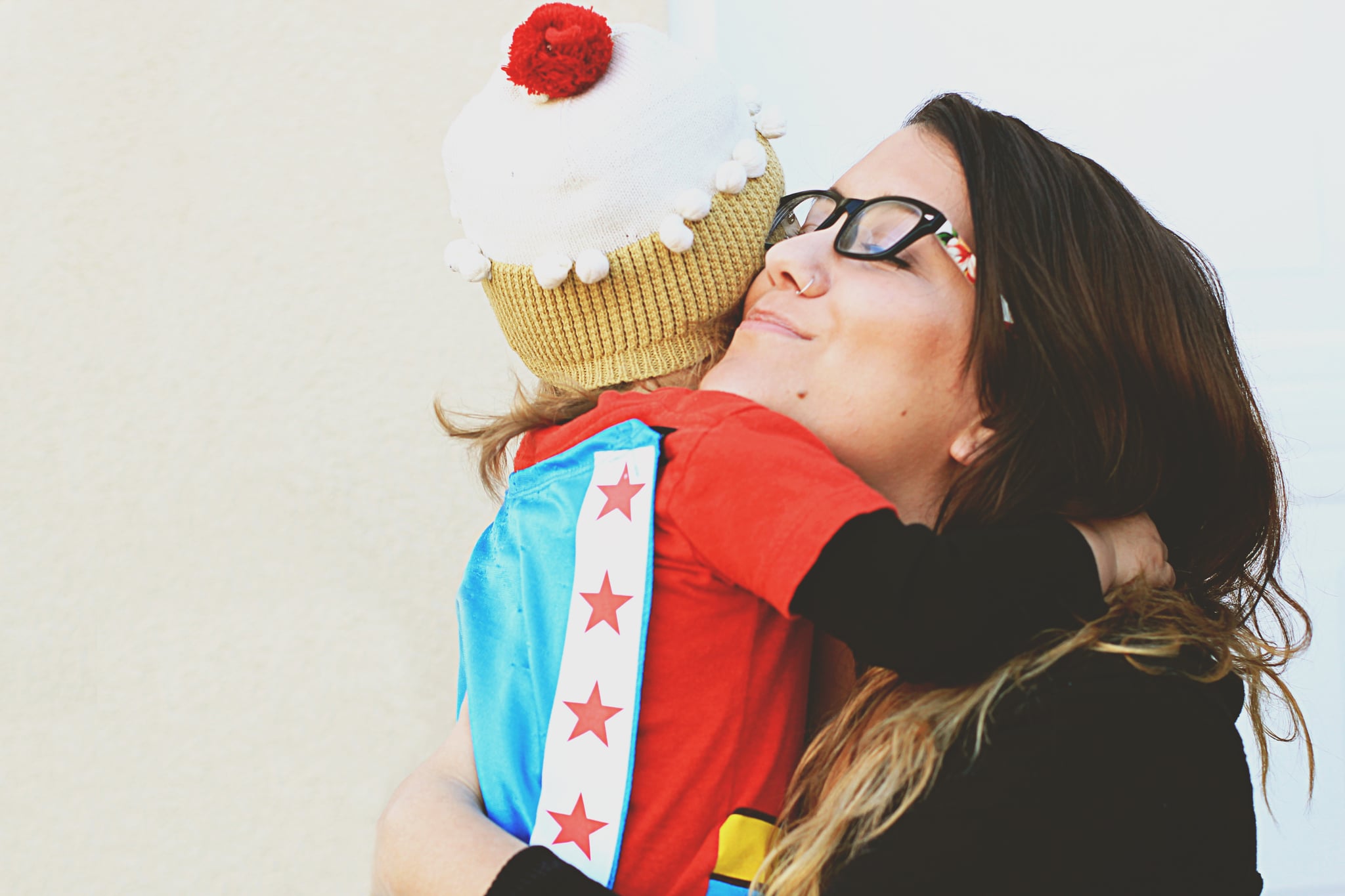 Before becoming a mom, I was never much of a cuddler. I like my personal space, and I really appreciate alone time. Of course, both of those things are pretty much out the window now that I have two small children, both of whom seem to prefer to have some part of their bodies touching me at all times (my investment in a huge sectional couch and king-sized bed obviously didn't make an impression on the little wallowers).

Truth be told, most of the time, despite my natural aversion to extended physical contact, I love cuddling with my kids as much as they do. Now that they're 2 and 5, I know that the days of rocking a wet-haired, sweet-smelling little one to sleep are limited. Before I know it, they'll be asking me to leave their rooms and shut the doors behind me at night, telling me to move to the other side of the couch during family movie night. Most of the time, I'm happy to soak up every minute of this physically overwhelming stage. But, at the end of the day, I'd also prefer if my husband kept his hands off me. Thanks to our adorable children, I'm totally touched out.

The phenomenon of moms being touched out or overtouched seems to be fairly common among my friends, all of whom love their spouses but just can't stand to cuddle with them after a day of carrying infants and toddlers around, changing kiddie clothes and diapers, and offering up our laps as the most comfortable seat in the house. The feeling can be recognised fairly easily: when your husband comes near you for a kiss, a hug, or an extended snuggle, even though your mind says yes, your body? It says hell no, closed for business.

Because my husband, like most men, shows love through physical touch, my post-motherhood distaste for it hasn't always been easy on our marriage. He understands that after a full day with our kids, my touch limit has been way exceeded, but who wants a wife who prefers a pillow barrier to a spooning session before bed? Of course it hurts his feelings, and it frustrates us both that me being touched so much and him being touched so little means that neither of our physical needs are being met.

We've found a few ways to deal with the conflict between his desire for closeness and my desire to put a impenetrable plastic bubble around my body. He'll take the kids when he gets home from work and let me hide in our room for an hour to recentre myself. He'll take bedtime duty with our little guy, who still prefers an extended cuddle session before he'll submit to sleep, while I put our older, less physically demanding daughter to bed. We try to schedule a few hours of alone time together each week, no kids allowed, to reconnect. We talk it out and remind each other that our relationship is strong, even if our cuddle game is not.