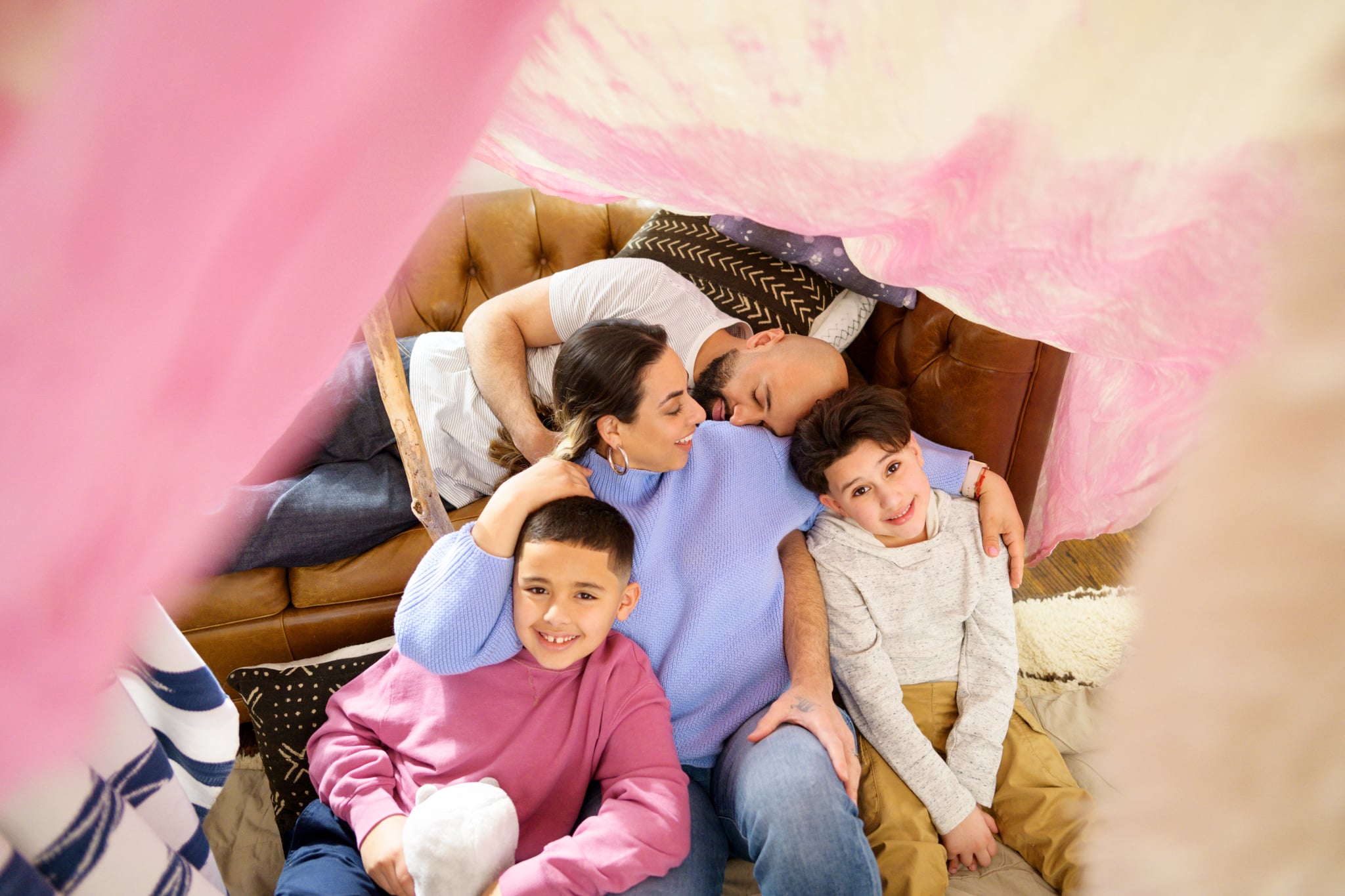 I never thought I would be one of those women who didn't get along with their mother-in-law. When I first met my husband's mother, she couldn't have been nicer, and I actually thought we'd end up being friends. In spite of the good first impression, it didn't take long for me to discover that it was all a show — she was actually, in my opinion, incredibly selfish and manipulative. Growing up, I was lucky to have parents that put their children first and found joy in generosity. So I quickly realised — I'd never have a good relationship with my mother-in-law.

In spite of my own feelings, I believed that it wasn't my place to say anything about her behaviour. For years, I stood by my husband as he endured one disappointment after another from his mother. I held my tongue each time he invited her over for holidays only to be told that she wanted to see what "her family" was doing first, as though he wasn't a part of it. I said nothing on the one Thanksgiving that she agreed to spend with us (because no one else was hosting), and then backed out the day before because something better came up. No matter how badly I wanted to let her know that her actions were hurtful to her son, I felt like it was his decision to hold his mother accountable for her behaviour, and it wouldn't be right for me to interfere in their relationship.

The look on my husband's face was all it took for me to decide that it was finally time to for me to speak up.

When we had children, I wanted to respect the fact that she was their grandmother, so I made it a point to include her in our children's lives as much as possible. Sometimes she stepped up and was a wonderful grandmother, but most of the time she didn't. Each time she let my husband down, like when he realised that she had only seen our new baby three times in six months, I tried to comfort him, and remind him that it was her choice and her loss. Other than that, I did my best to stay out of it.

Over the years, it seemed to me like my mother-in-law had become accustomed to her son excusing her bad behaviour. If he tried to confront her, she would immediately get defencive and he would back down. It seemed like she got used to winning every argument.

In the months leading up to our child's baptism, my mother-in-law had gone back and forth as to whether or not she would be attending. She had a variety of excuses: the church was too far, the service was too early, or she wanted to come with her family (she rarely travels without an entourage) but some of them just weren't early risers. My husband made it clear that this was the one time he expected her to consider his feelings and just be there. Reluctantly, she agreed. Or at least she told him as much. The day before the baptism, she casually mentioned that she'd just see us later in the afternoon at the baby's party. The look on my husband's face was all it took for me to decide that it was finally time to for me to speak up.

I couldn't stand by any longer as she seemingly tried to disrupt the happy home we created.

Calmly but sternly, I said, "That's not right. You are the grandmother, and you should be there." She went from zero to 100 in record time, and began screaming, making accusations, and calling me names, all in front of our children — and my husband. He, for the first time ever, put his foot down and stood up to her. So in response, she sent a flurry of texts to him, accusing me of calling her names and hurling insults. She insisted that I had been horribly disrespectful and owed her an apology, even though my husband heard the whole exchange. I immediately reached out to her to try and clear the air, but she ignored me and doubled down on her story.

Her attempt to get my husband on her side — to divide and conquer us — seemed designed to create a rift in our relationship. As a couple, we are far from perfect. We disagree at times but we talk things out, and we do our best not to argue in front of our children. We have worked hard to create a home for our kids that is genuinely happy, loving, and stress-free. And I couldn't stand by any longer as she seemingly tried to turn my husband against me or disrupt the happy home we created. I truly believe that if she had been successful, it would have had a profoundly negative impact on our marriage. I'd seen what her words had done to my husband before — because his mother lied to him, he severed his relationship with his father. By the time he learned what his mother had done, it was too late to repair the relationship, because his father had passed away. So I wouldn't allow that to happen to us.

Related:
My Mother-in-Law Hates Me For No Real Reason, and I'm OK With That

I think that I could have forgiven my mother-in-law for all of the screaming and name calling, but I cannot forgive her for attempting to interfere in my marriage. In trying to pit my husband against me, she attempted to not only disrupt our lives, but those of our children, which this mama bear won't ever allow. Whatever semblance of a relationship we had was officially over.

Ultimately, she didn't come to the baptism or the party . . . and neither did anyone else from her family. My heart broke for my husband, who sat in church trying to hold it together when he looked around and realised that not a single member of his family had come. After the service, I did my best to intercept any questions from family and friends as to their whereabouts. She sent a letter in which she apologised, but it was addressed to him, as opposed to us. She didn't even attempt to apologise to me until my husband told her that she had to, and at that point, I wasn't interested. Not only was it too little too late, but the fact that she had to be prompted to try and make amends with me only made me certain that any apology would be disingenuous.

Every once in a while, we get a text from her asking when her "excommunication" will come to an end.

I let my husband know that while I wanted nothing to do with her, I respected the fact that he chose to put the incident behind him. I made it clear that our home is just as much his as it is mine, as are the children, so he was free to invite her to our house if he wanted to. He had her over once. On that day, I kissed him and the children goodbye before heading out to spend the day at a spa. I came home after she had gone. That was almost one year ago, and she hasn't made any efforts to come back. Every once in a while, we get a text from her asking when her "excommunication" will come to an end. When it comes to a response, I go back and forth between a curt reminder that she can come and see the children any time she feels like playing grandma . . . and an array of snarky Cersei Lannister GIFs. Ultimately, for my husband's sake, I end up forgoing a response altogether.

Related:
My Mother-in-Law Hates Me, and This Is What It's Like to Spend the Holidays Together

At first, my decision to cut off my mother-in-law created some tension between my husband and I. He was ready to fall back into making excuses for her behaviour because she's his mother and "that's just the way she is". To work through the situation, we visited a marriage counselor a few times, who gently told my husband that the pattern needed to be broken. He followed the counselor's advice, stepped back, and put the onus on his mother to mend their relationship. Sadly for him, she did not meet his expectations.

Life is better now, happier without us trying so hard to win her affections. My children don't seem to realise that she's not around and my husband isn't being let down at every turn. As far as I'm concerned, putting my foot down and removing my mother-in-law from my life was the best decision I could have made for my family. While I wish things could have turned out differently, I'll always put my children and my family first, and I wouldn't hesitate to make the same decision again.