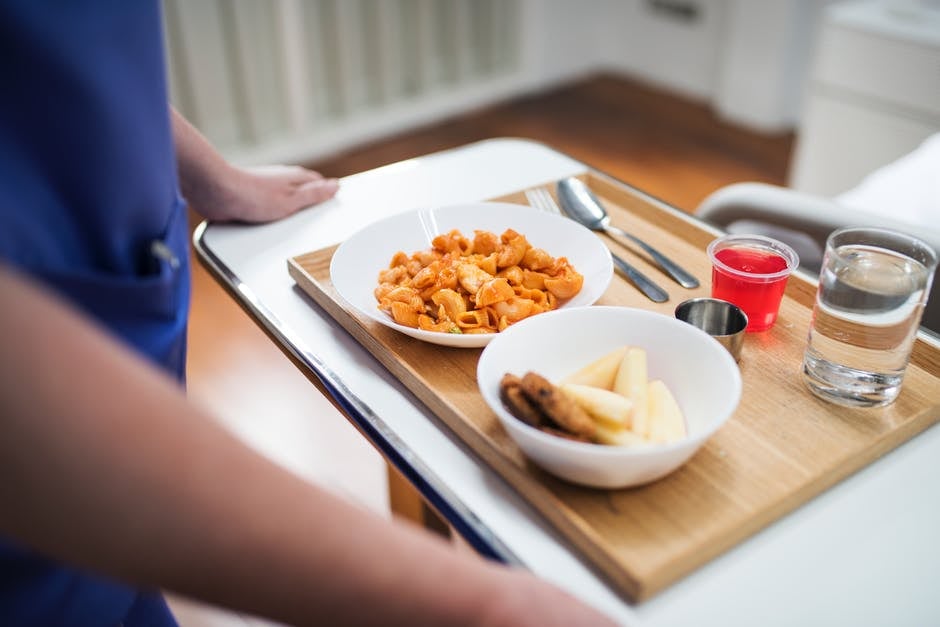 I eat lunch with my first grade son in his school cafeteria sometimes, and we both really love it. I know that in some school districts, this parent privilege is getting a little out of control. Helicopter parents are hovering over their children's every move, which now includes their lunch tables. In some schools, parents come every day, which, in my opinion, doesn't give kids the ability to properly socialise with their peers and stifles the growth of their communication. But in my son's school, it's not that way at all. Open lunches where parents sit and eat with their children isn't taken advantage of and doesn't happen daily; it simply serves as the occasional perk for both the child and the parent.

Related:
My Parents Never Helped Me With Homework Growing Up, and It Made a Huge Impact on Who I Am Now

Once he sees me, his eyes light up. He scurries over to our table and gives me a big hug.

When I go to my son's school to bring him lunch, the cafeteria is loud. Kids are joking and laughing, building those grade school friendships that may just last a lifetime. There are typically only about two other parents in the cafeteria, too. It's not swarming with moms and dads. Once I get to the school, I wait at the table for my son's class to enter in a line, and once he sees me, his eyes light up. He scurries over to our table and gives me a big hug. From there, he dives into the Wendy's bag full of French fries and a cheeseburger that I bring him. There's always a Frosty involved, too. He usually brings his lunch to school, which is packed with the boring healthy stuff he needs to grow, so fast food is a real treat. Plus, my son gets to bring a friend to our table. He loves being able to introduce me to a classmate, and I love getting to know them, too. We chat and have fun, and it doesn't feel weird at all. Overall, it's a great little perk to being a work-from-home parent. I don't do it all that often, but when I do, my son is so thankful.

And because my son loves it when I bring him a fun lunch so much, it's also been a great tool to accomplish good behaviour (aka bribery), which is something I'm definitely not above doing. So if my son has an exceptionally good week, I'll bring him his lunch as a little reward on Friday. It gives him something to look forward to and to strive for. He's also learning to recognise when he's done all of his chores or had a particularly good week. He'll speak up for himself by saying, "Mom, I think I've had a really good week. Think you could bring my lunch to school?" I don't always say yes, but if I can, I do.

I'm happy to eat lunch at my son's school from time to time. It's cool to hang out with each other in a different setting. And I'll likely do it for as long as keeps asking me to. I won't push it if he no longer wants me there. I'm not into stifling his social skills at all, but for now, I'll soak up our occasional weekday date, because I know the day will come when he's embarrassed instead of excited to see me. But until then, we'll both enjoy our occasional Frosty . . . together.