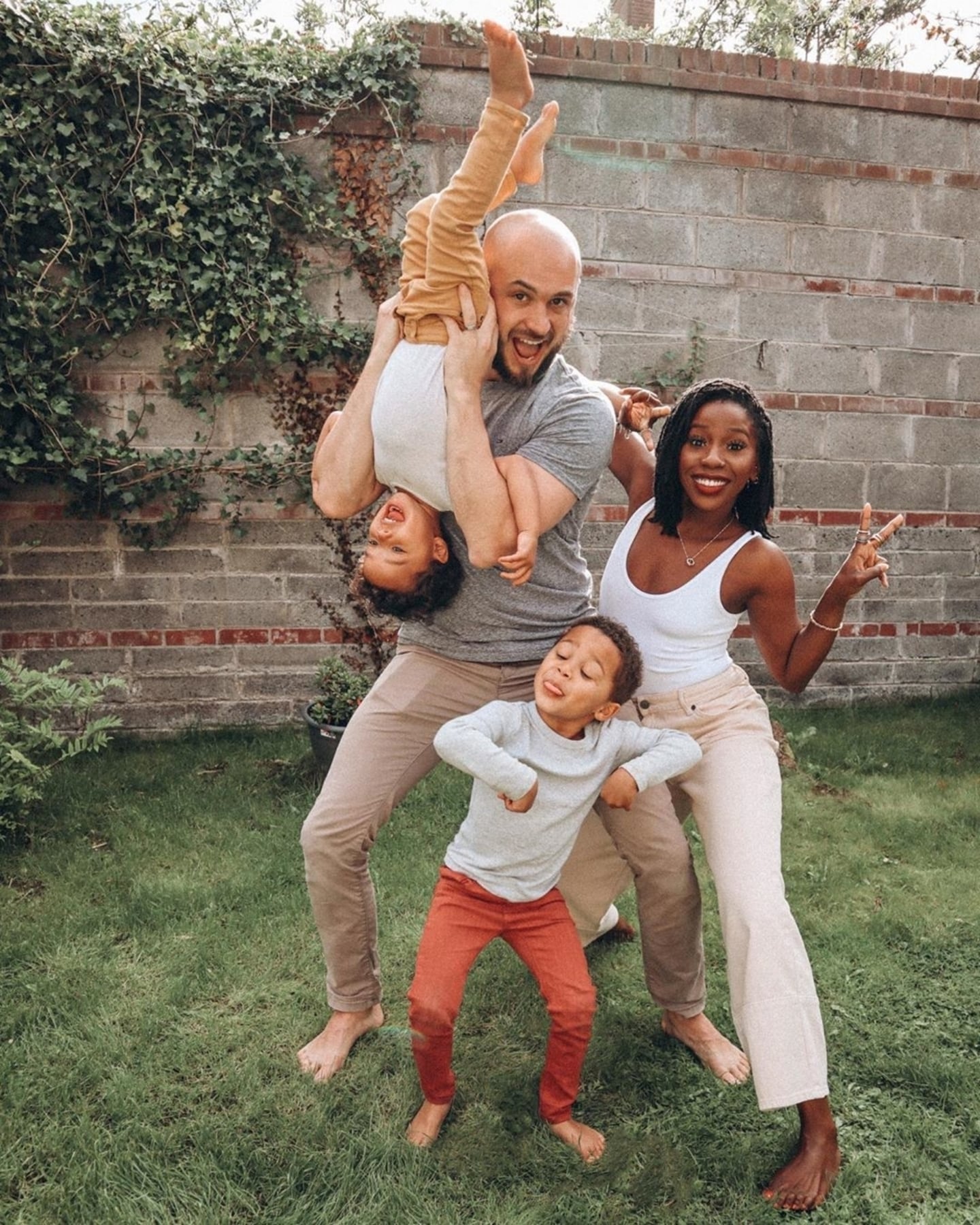 If you're a regular consumer of the news and social media, then the subject of racism is one that you've likely read articles about, scrolled through on Twitter, watched television debates about, and discussed yourself over the past several months. High-profile and unrelenting incidences of police brutality in America, along with the explosion of the Black Lives Matter movement earlier this year, has made the subject of racism and its often abhorrent consequences inescapable.

It's because of this that doctor, influencer, and mum of two Adanna Steinacker is calling for parents to confront racism and take an active approach when it comes to educating their children about it. We spoke to her about the ways parents can introduce the topic of race to their young children as well as the importance of allyship, leading by example, and using white privilege for good. 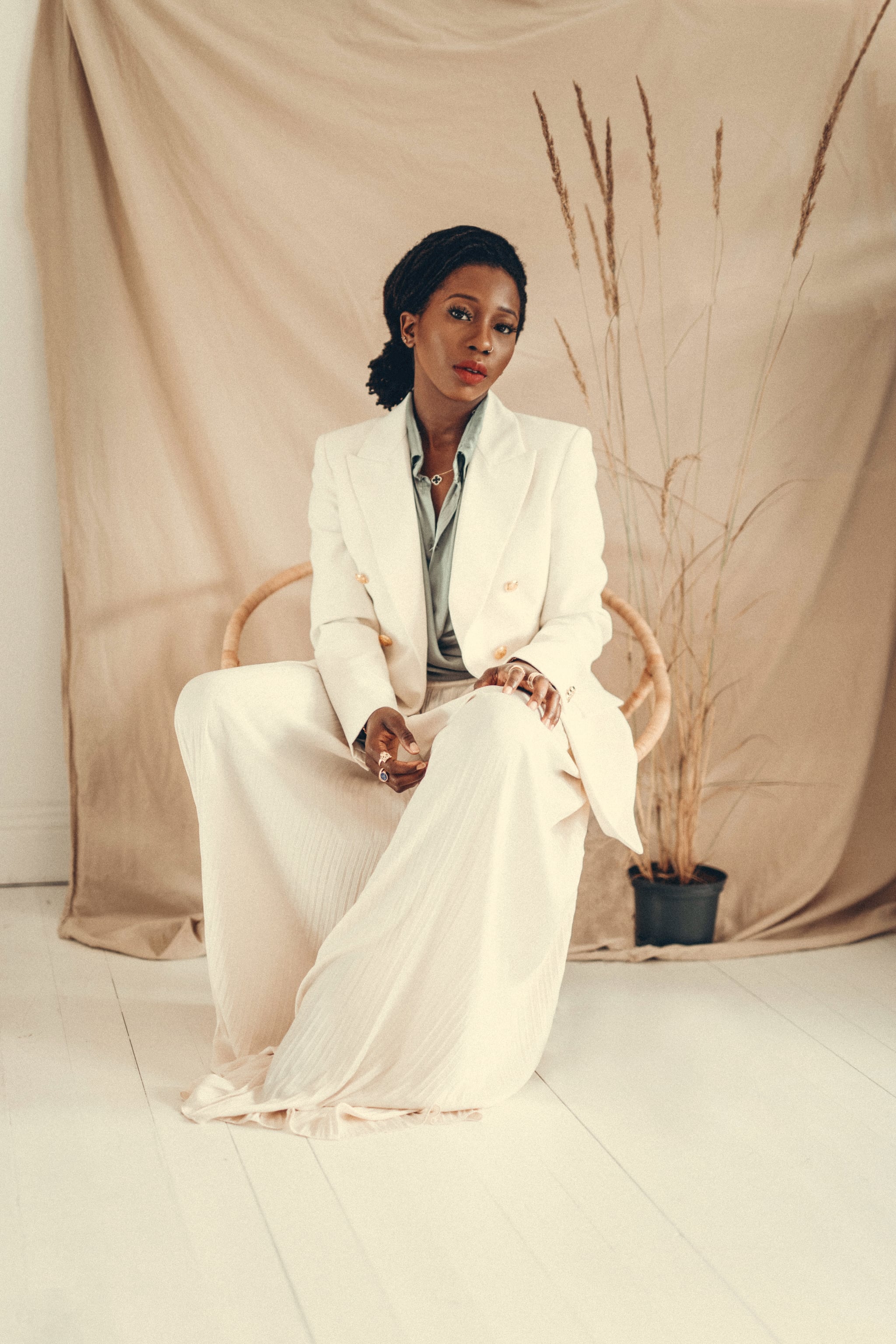 POPSUGAR: Why do you think it's important for parents to speak to their children about race and racism?

Adanna Steinacker: I think the single most important reason is because the way we raise our children influences society. The growth of society starts from the way we as parents raise our kids. Conversations about racism have come to the forefront, especially in the past few months. Everyone knows what's been happening, and although it's predominantly in the US, we know it's a global issue, so it's a very important conversation to have, to almost form and change the mindset of our children before they go into the real world.

"The importance of speaking to children now is to avoid raising an adult who will perpetuate the same acts that are plaguing us today."

It's very apparent that racism goes beyond the blatantness of calling someone the n-word on the street. The most dangerous form affecting black people, especially in the US, is police brutality, but you also have dangerous forms of racism that are very systematic, very systemic, and this has continuously hindered the progress of minorities in western countries. So for the first time, the movement is urging parents, specifically parents who are privileged, to check their privilege, become allies, be more aware of racial microaggressions, be aware of the systemic and systematic racism, and start speaking to their children about it. The importance of speaking to children now is to avoid raising an adult who will perpetuate the same acts that are plaguing us today.

PS: What does an ally look like to you?

AS: When I'm talking about allies I mean white allies. I'm talking about a family of all white parents with children. As a parent, I know that children do what they see, not what they're told. So becoming an ally starts with you as the white parent making sure that you're publicly calling out injustices, even if it's just you turning on the TV, seeing what's happening, and letting your kids hear your opinion on it, so that they leave the house and they're able to stand up for their Black friends. They're able to call out racist jokes. They're able to hear something and say, 'This is unacceptable'.

Also, I feel like a lot of white families may not feel comfortable discussing race because they don't know where to start. So becoming an ally begins with education. Educating yourself, watching movies, reading books, and basically confronting your own biases. What overgeneralisations have you made against a group of people that you throw out as banter? Because that's what your children are seeing and hearing.

At what age should parents start talking to their children about race?

AS: Children should be exposed to race as early as you can, and the easiest way is to pick up a book and read to them. I personally started reading bedtime stories to my children when they were about 6 months old. Let the diversity in the books you choose speak for you, especially if you have really young children. Let them be exposed to the diversity, so they can grow up valuing and appreciating the differences in the world, because the earliest form of education that we give children is at home.

From the age of 5, or when you know that you can comfortably have a dialogue with your toddler, you can then start incorporating more conversations about racism, and this doesn't have to be in the rigid way of 'Sit down, we're going to talk about it'. Oftentimes, these conversations come up in a particular context. Your child may point out a skin colour or hair texture, which has been my personal experience going to collect my child from school, and your response to something like that is what really sets the tone.

If you want to discuss a specific scenario of racism, you can use examples that they can relate to emotionally. Ask them to imagine another little boy in the playground who's been left in the corner who nobody wants to play with because he looks different. It's a less gruesome way to introduce the conversation.

"Once they can hear your view and they know that their family doesn't stand for this, they're not then going to display the same racist acts when they leave home."

If we're talking about older children and teenagers, especially the ones that have access to social media, they can see exactly what's happening in the world. They're hearing about the police brutality, and they're seeing black people being killed, so there's no need to shy away from that conversation.

PS: What exactly do you mean by privilege?

AS: For a Black family, the conversation about race is mostly going to come from fear, whereas for a white person, having that conversation will mostly come from a place of privilege.

There was a video that went viral recently that showed Black parents teaching their children how to deal with the police. Children as little as 8 years old were practicing the exact lines to recite to police officers, so they don't get shot. Yes, that video went viral because of Black Lives Matter, but it was recorded in 2017, three years before this current global movement.

It's very obvious that the race conversation has started, but I suppose one group was born with it: we raised our children with it, and it mostly comes from a place of fear. Whereas now that we're in the heart of the global movement and looking for white allyship, that conversation is coming from privilege.

A white parent isn't telling their teenage son that they're going to be followed around a shop because he has a hood on or that he's going to be denied a job opportunity because of the way he sounds, because of his name, or because of his background. For white families, I suppose most of the conversation is coming from a place of 'Let me educate and inform my child'. Whereas the side of the conversation that comes from fear is saying, 'Let me teach my child how not to get killed'. And that's the difference.

Race and Culture
The One Where I Wasn't Supposed to Like Friends, but I Totally Do
by Kedean Smith 22 hours ago

Race and Culture
Ellie Kemper Apologises For Participating in 1999 Veiled Prophet Ball: "Ignorance Is No Excuse"
by Monica Sisavat 4 days ago

British Celebrities
Diversity Wins BAFTA TV Award For Powerful BGT Performance: "This Is What Change Looks Like"
by Tori Crowther 5 days ago