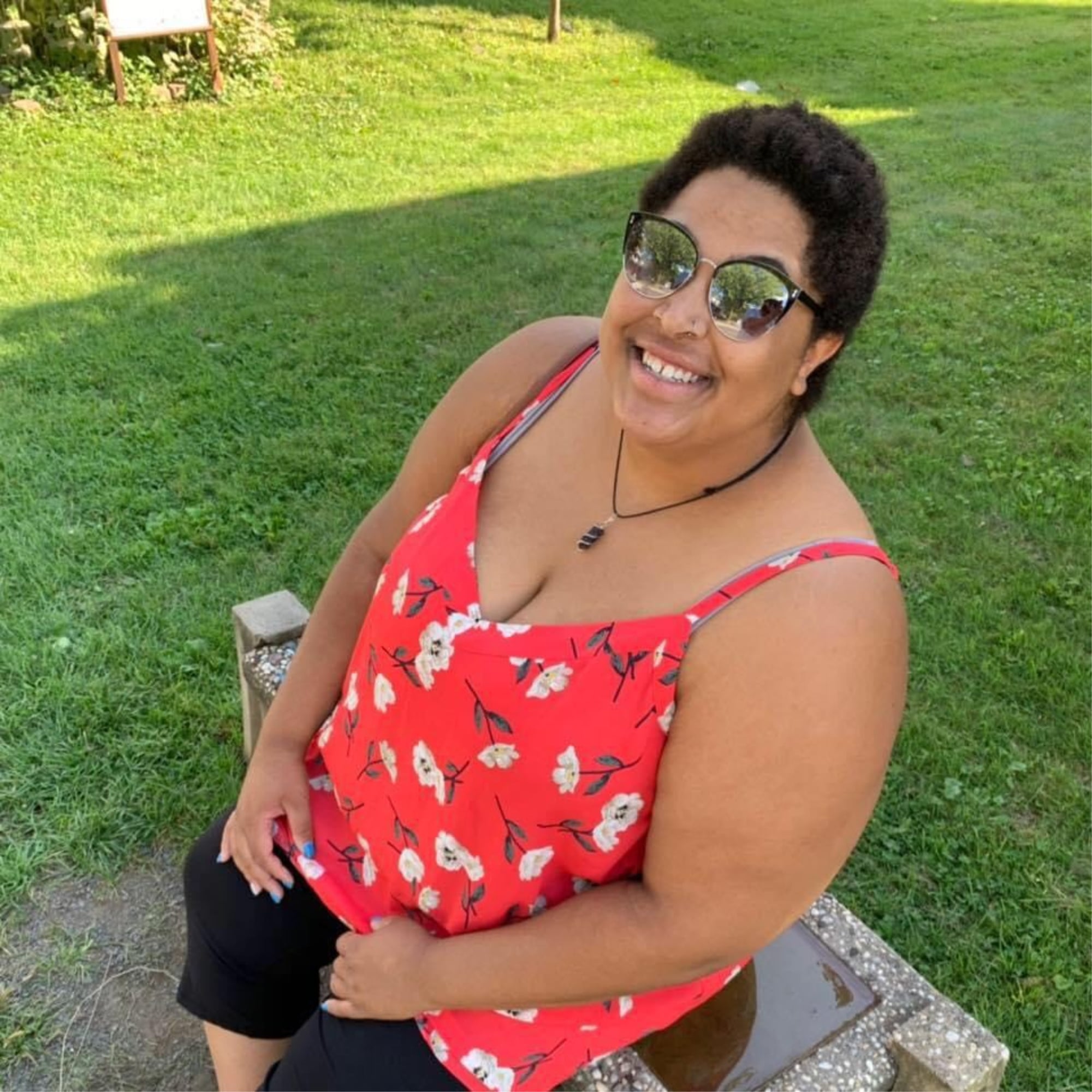 Carliyonna Thurber, a 24-year-old biracial woman who grew up in Long Valley, New Jersey, never seriously considered her race as a child. Adopted as an infant by white parents, Carliyonna spent her formative years attending school and making friends in a town that is 90 percent white. While reflecting on the demonstrations taking place around the US, Carliyonna has been contemplating her experience as a woman of colour.

"I didn't think I had experienced any major racial injustices," Carliyonna told POPSUGAR. "I was only able to fully acknowledge some of the negative sentiment as I got older and became more versed in what other people's experiences are. For example, at the time, I didn't think much of it when kids in school would say, 'I'm going to come back from holiday darker than you.' When I was younger, I didn't necessarily recognise that as a microaggression."

Related:
This Teen Breaks Down 16 of the Unwritten Rules He Has to Follow as a Young Black Man

Although Carliyonna's parents were always more than willing to answer questions about her background, she admits there wasn't a huge push for her to really understand her Black identity.

"I just never really focussed on race like that," she shared. "They just raised me to be a human. They didn't think they specifically needed to raise me within my Black identity because they never sheltered it for any reason. I was just living my life. It's just such a strange space to be in even now, because just [like] a lot of white individuals, I'm learning the truth about the world. There are things I still need to educate myself on."

While Carliyonna didn't grow up with many Black families, she recalls her mom pointing out Black women that they would encounter in public.

"Every time my mom would see someone who was black in public, she would always try to turn attention towards them," she explained. "She would say things like, 'Wow, I like how her hair is done. We should do something like that with yours!' or she would ask them where they get their hair done. I felt we should've already known how to take care of my hair. Even now, I'm realising I don't have as many outlets to ask all that information. How do I take care of my hair? What am I supposed to do? Now that I wear my hair naturally, I have no idea."

I've just always considered myself to be like a chameleon."

Carliyonna doesn't hold this against her parents, however, she finds herself wondering if she has white privilege because she was raised in that space. "I saw a post on social media yesterday that said something about how when non-Black people get pulled over, they're worried they'll get a ticket or will be late," she said. "Then the second part of the post explained how Black people are worried they could be shot in that situation. I have never thought that getting hurt while getting pulled over. And that's white privilege. I knew I'd never have anything to worry about."

After coming to terms with this, Carliyonna knew she had a lot of thinking to do about what it means to be a biracial woman. "The fact that people have to worry about violence for something so routine is absolutely horrifying," she said. "I drive around now and I feel like I'm seeing the world again from a different view for the first time."

Carliyonna has also had certain experiences interacting with the Black community that has made her feel like she doesn't fully belong.

"I remember going out to a club with my friend and the bouncer looking at me and saying 'Oh, so now you're just bringing white girls around,'" explained Carliyonna. "That was more shocking to me than anything else I've ever experienced. Honestly, I think the fact that I'm biracial is a little bit more uncomfortable sometimes for Black people."

"I have never thought that getting hurt while getting pulled over. And that's white privilege."

Now as an adult, Carliyonna is making a point to become more in touch with her Black identity. "As I'm getting older, I'm realising I don't identify with my Black side as much as I do my white side. It's just not as easy to do," she said. "I find myself acting differently when I go out with Black friends compared to my white friends. That's something I didn't really think about until recently."

Related:
How to Explain White Privilege to Your White Working Class Friends and Family

Carliyonna realises she still has work to do when it comes to understanding privilege. "I'm grateful for the life that I was given because I acknowledged that I too was lumped into the privileged category," she explained. "Now I'm constantly challenging myself to understand my life. I'm just trying to always step out of my comfort zone to try to figure out who I am. Obviously, I know there are a lot of privileged aspects of our life, but I want to be less sheltered."