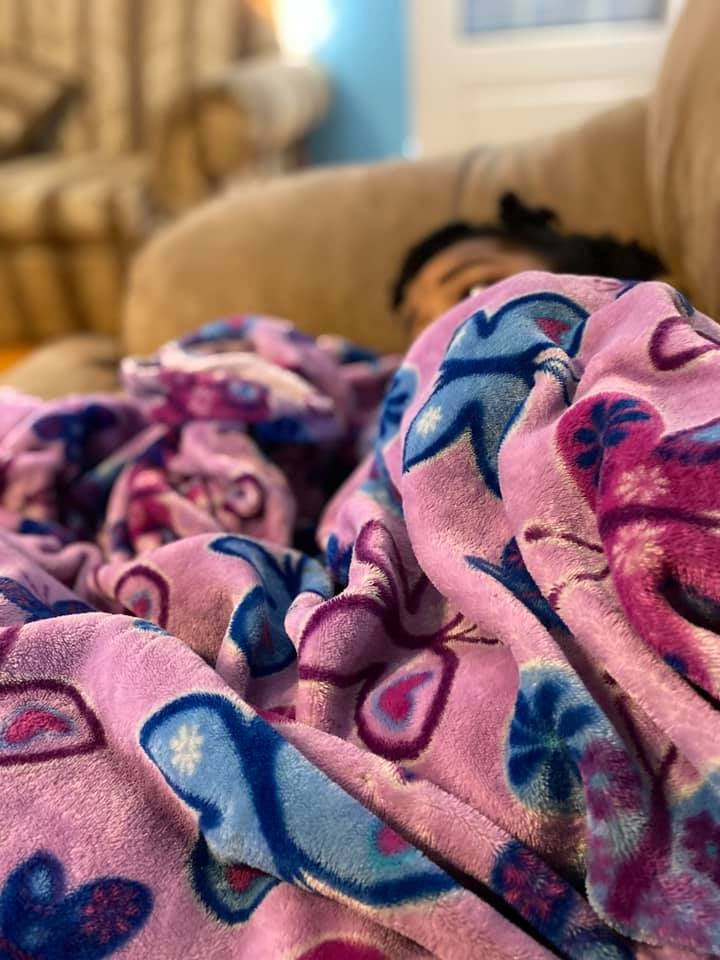 Michelle D. Garrett, a blogger and the founder of Divas With a Purpose, recently opened up about a sobering conversation she had with her 8-year-old daughter, Veronica, about police brutality in America. In a powerful Facebook post, she explained how nervous Veronica became when she heard her mom was going to the grocery store.

"Yesterday as I prepared to make a quick trip to the grocery store, my daughter stopped me in a panic," she wrote. "She told me she was afraid for me to leave the house. She'd seen the protests in our city and others."

Related:
Michael Strahan on Being a Black Man in America: "The Colour of Your Skin Makes People Scared of You"

Because of the rallies taking place in the family's hometown of Columbia, SC, Michelle has made it a point to talk with Veronica about George Floyd's murder and why there have been ongoing demonstrations throughout the US.

"My 2nd grader knew who George Floyd was and could comprehend that he should not have been killed," explained Michelle. "She was afraid that I would get stopped and not make it home. Let that sink in and imagine the rush of emotions I felt as a mother searching for the words to comfort my child."

"She was afraid that I would get stopped and not make it home."

She also noted that Veronica had been watching videos on social media with her older brothers to further understand why people were protesting. After learning about the racial injustices that have been taking place in the US for centuries, Veronica had some additional questions for Michelle.

"Earlier this weekend she'd asked why the protests were happening. I told her because people are frustrated and angry that people that look like us aren't treated fairly," said Michelle, explaining that her daughter also asked about police brutality. "Is it because the police are always killing them? Because it's happened way too many times."

Veronica was concerned and confused, Michelle said. She had always believed that the police were there to protect people from harm.

Michelle recounted the conversation, recalling some comments Veronica had made: "I thought those days were over a long time ago. The police are supposed to be the good guys and keep us safe." Michelle used this as a learning opportunity for her daughter, noting that: "Many are good and do that. Some just aren't. Then they should fire all the bad ones. Sadly, the bad ones pretend to be good so we don't know until it's too late." Her daughter simply replied with: "This makes me sad ... and scared."

As a mother, this terrified Michelle, and of course, she agreed with Veronica, saying: "Me, too, Baby Girl. Me, too."