MY BABY BOY AND THE AVENGERS HOLDING A MEMORIAL FOR BLACK PANTHER❤💪🏾#Wakanda4Ever pic.twitter.com/nYAnER23Ig

The death of 43-year-old Black Panther actor, Chadwick Boseman has resulted in an outpouring of social media tributes from his fellow Marvel movie counterparts and fans around the world. Recently, a 7-year-old named Kian opted to honour his hero by creating a heartfelt memorial. After his father, King, shared Kian's tribute on Twitter, the image was quickly flooded with supportive comments.

"MY BABY BOY AND THE AVENGERS HOLDING A MEMORIAL FOR BLACK PANTHER❤💪🏾 #Wakanda4Ever" he captioned the photo, which has more than 610,000 favourites and 71,000 retweets at press time and since it was originally posted on Aug. 29.

As soon as Kian's family learned of Chadwick's passing, his mom, Leslie, got to work helping him set up his memorial, which is meant to mimic an iconic scene from Avengers: Endgame. "After Chadwick passed, Kian was pretty devastated because Black Panther was his favourite superhero," King told POPSUGAR. "He said he wanted to find a way to honour him by making a memorial similar to the one Iron Man received when he died in the movie. His mom helped get the materials and took the picture, and this helped give Kian some peace."

Kian's sweet tribute even caught the eye of Hugh Jackman, who replied to the Twitter thread with an uplifting message: "Hi Kian. There's been many tributes for Chadwick - none as special as yours!" he wrote. "It's the perfect way to send off a superhero. He was a leader on the big screen and in real life. I'm sure you're going to be make him and your Dad very proud in your lifetime to come. HJ #Wakanda4Ever"

After the photo started circulating Twitter, King took the time to thank everyone who showed his son support. "Kian wanted to thank everyone from the bottom of his heart for all the loving and kind words given to him for this post," he wrote. "When he found out about Chadwicks passing, he was heart broken. But he knows death is a part [of] being human, and wanted to cope with losing his hero this way." 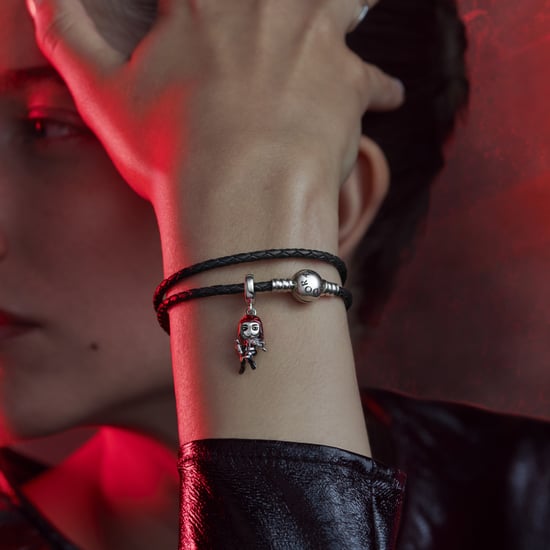