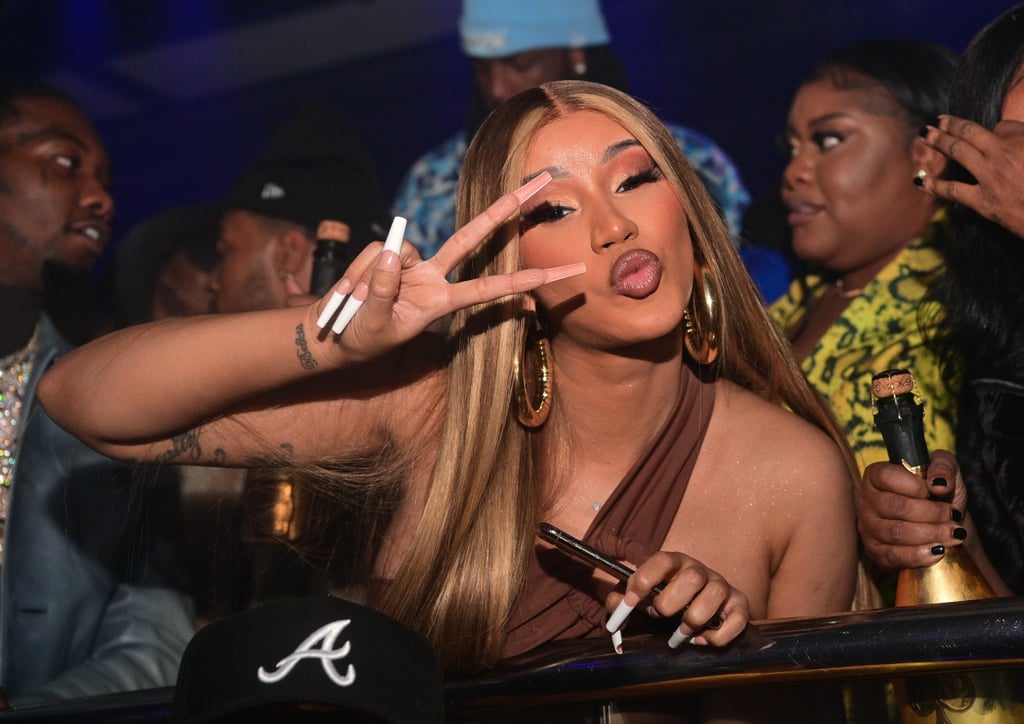 Cardi B isn't taking any flack from parent shamers, according to her Twitter feed. While filming a video to her hit song, "WAP," for an Instagram story, we see her say "No, no, no, no!" and immediately turn off the music when her 2-year-old daughter, Kulture, enters the frame.

The 28-year-old rapper went on the defence after a woman shamed her for her prompt reaction. "So ya daughter cant listen to it but everybody else's daughter can ?" reads the critical tweet. "@iamcardib AW OKAY ! Exactly what I been saying you have an agenda to push with that trash ass label your with. DISGUSTING"

This is hardly the first time Cardi has received criticism for the overtly sexual nature of "WAP." In December, her husband Offset came to her defence after Snoop Dogg suggested that she tone it down and use "some imagination." Scroll ahead to see what Cardi had to say about what it means to be sexual as a parent and how her fans supported her in the process.

Related:
I Have Never Laughed Harder Than I Did Watching Cardi B Try Ballet in Her New Series
Previous Next Start Slideshow
Parent ShamingCardi BToddlersCelebrity FamiliesTwitter