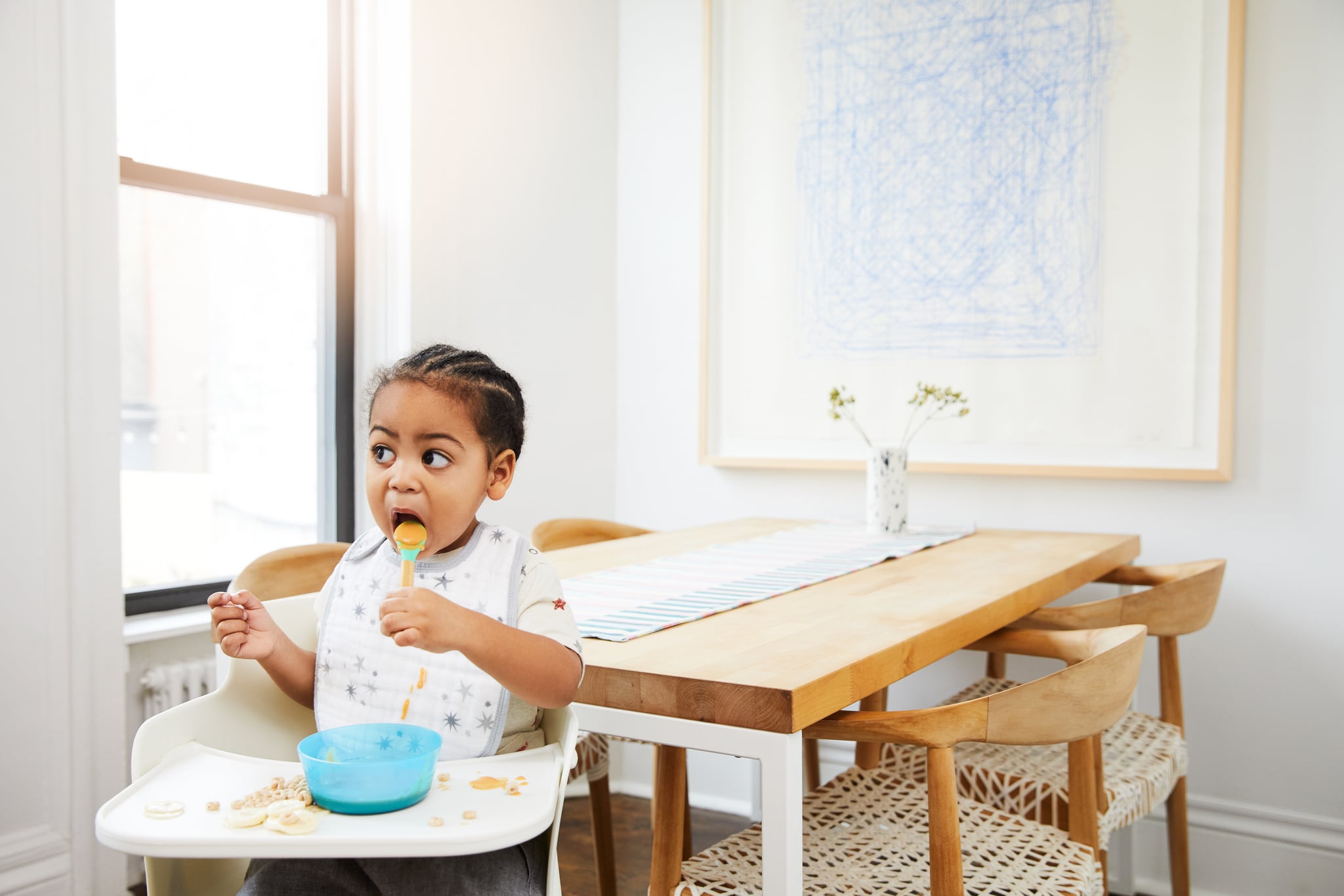 When I discovered food pouches after starting my first baby on solids, the relief of always having a convenient way to feed him in any situation felt like the answer to my mental-load prayers. When shopping, I looked for organic, veggie-heavy food pouches, some of which included the type of trendy wellness ingredients I had started incorporating into my own diet, like quinoa and chia seeds.

But when I began serving my son whatever my husband and I were eating, I was genuinely puzzled at his distaste for some of the same veggies he'd eaten in pouch form. I'd watch him pick every single pea out of a bowl of chicken soup, twisting his face in disgust, thinking about the countless spinach, pea, and pear pouches he'd sucked down.

At the time, I didn't consider how the innate taste of vegetables like spinach or peas were being masked by the sweetness of fruits like pear and apple, which were usually the first ingredient listed in most of my son's vegetable pouches. A 2018 study exposed how common it was for baby foods containing vegetables to not only be blended with sweet fruits but to also have those fruits as the first and most prominent ingredient and flavour. Out of the 548 vegetable baby foods examined for this study, only 52 of them were single-vegetable baby foods, and none of the single-vegetable options contained dark green vegetables or beans and peas. If babies aren't familiar with how these vegetables actually taste by themselves, it makes sense that they might be resistant to them when they show up on their dinner plates as toddlers.

How to Help Kids Become Interested in Eating Vegetables

A 2017 study points out that kids are predisposed to prefer foods that are high in energy, sugar, and salt and to reject new foods by the time they become preschoolers, but parents can make a difference. The study examined how regularly introducing new flavours during pregnancy, breastfeeding, and complementary feeding can influence the baby's food preferences and willingness to try new foods, including bitter vegetables like broccoli, brussels sprouts, and other dark greens.

My now-3-year-old is slowly coming around to these vegetables, but it's only after offering them again and again in different ways — steamed and topped with a bit of butter, roasted with salt and pepper, raw with some hummus or ranch for dipping — and serving them with playful utensils or in something unexpected like a muffin tin. Letting him decide what and how much to eat of whatever I serve him has also helped.

What to Feed Babies Besides Baby Food

With my second baby, I've experimented more with baby-led weaning, giving him large pieces of the steamed or roasted vegetables my family is already eating and introducing him to stews and one-pot meals we're having for dinner to get him accustomed to a variety of flavours and textures.

Will I swear off food pouches entirely? I can't say for sure that one won't end up in my nappy bag at some point. I know how handy they can be for getting nutrients in a pinch, and there's no shame in that. I just have a better understanding now of their limitations.