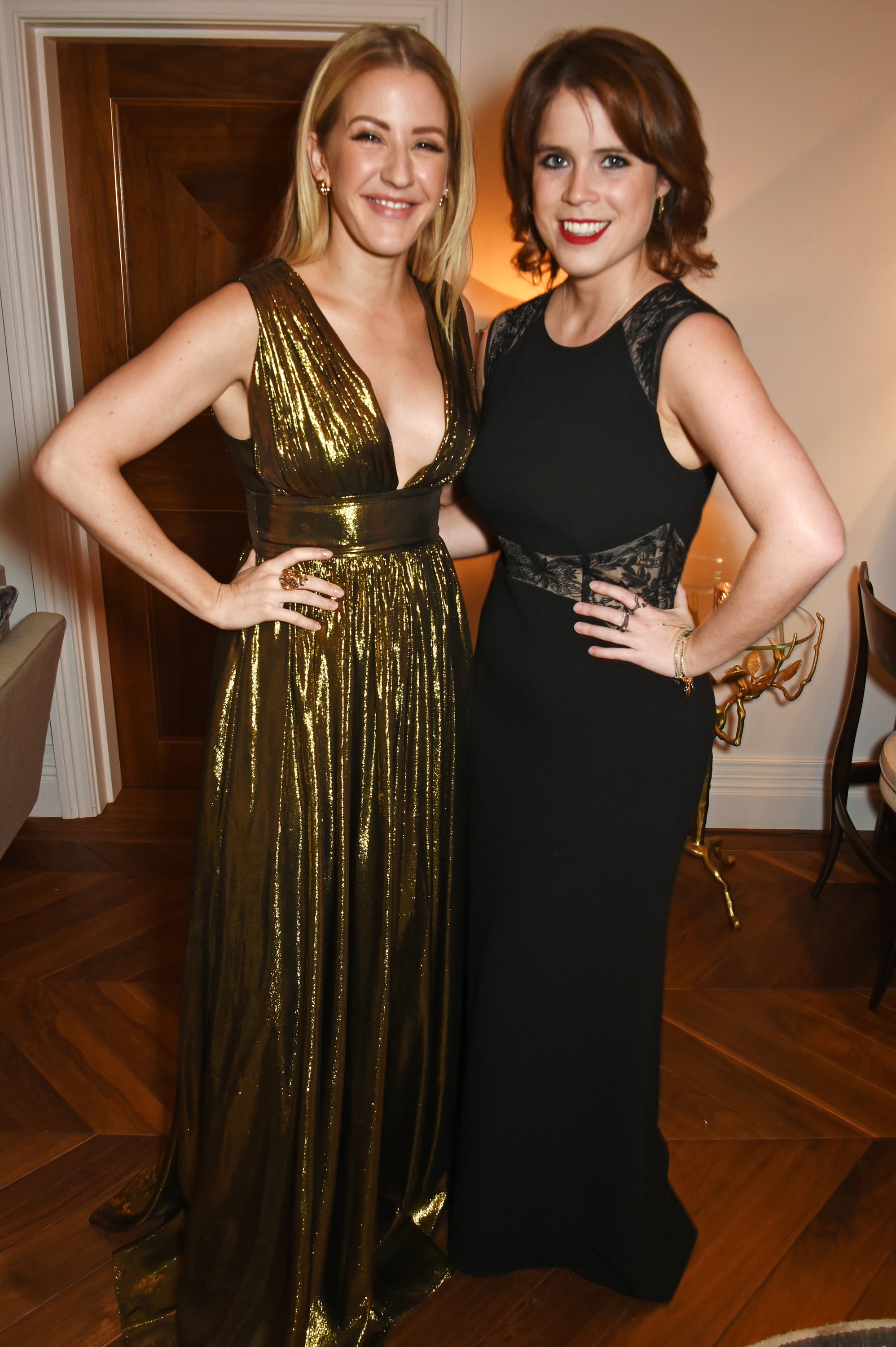 Ellie Goulding shared the news of her pregnancy with husband Caspar Jopling on 23 Feb, and the couple is expecting their new addition in less than a month! In anticipation of the little one's arrival, Goulding opened up about the best pregnancy advice she received from dear friends Princess Eugenie and Katy Perry and why she took so long to announce the news.

While Goulding is delighted to be expecting, she admitted that she waited so long to reveal her pregnancy — 30 weeks, to be exact — because "I needed time to get my head around it", she said in a recent interview for The Telegraph. At the moment of discovering she was pregnant, Goulding had multiple projects launching simultaneously, including her fourth album Brightest Blue and an upcoming fitness book Calmer, Fitter, Stronger. It wasn't until she and Jopling moved into a new house — "Our house", she called it — that she "felt like we had these proper roots and it was the right moment to say something — I'd also just bought a new bath that I was very proud to show off in the [maternity] photographs!"

Goulding later revealed all the weird and wonderful things that she is experiencing as a mum-to-be, like craving tinned sardines, Weetabix Minis, and McDonald's, "Not eaten at the same time", she confirmed. "The health fanatic, who has long extolled the benefits of spinach, blueberries and all things organic and clean", she joked. Goulding and Jopling are also thoroughly enjoying her new curves, adding that she has "always had a runner's body and now I have a bigger ass and these rather nice boobs". But one of the most delightful revelations from Goulding's recent interview is her gratitude to friends Princess Eugenie and Katy Perry who gave "excellent advice like where to find the best pregnancy pillows to get a good night's sleep".