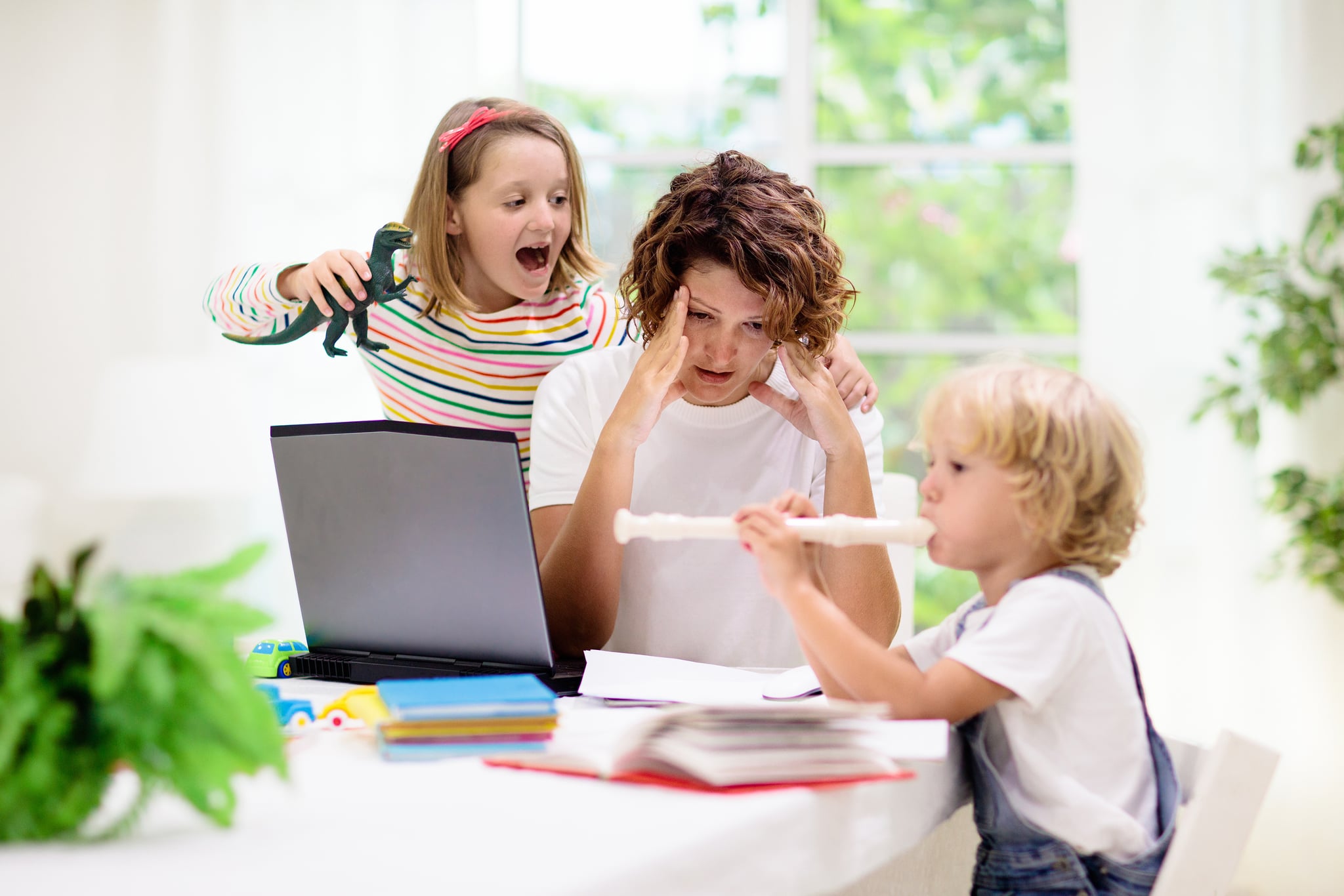 Hello there! Have you spent the past five months in a global pandemic all while having to also clothe, feed, and generally provide care to your own child or, God forbid, multiple children? And has the fact that you are about to embark on another indiscriminate amount of months of "remote learning" left you tired, irritated, and/or filled with a bottomless rage into which you have yet to fully tap?

We're sure you've been told by the internet to try a nice, hydrating face mask. Has this solved your problem? No? Hmmm, that's strange.

If so, we're sure you've been told by the internet to try a nice, hydrating face mask. Has this solved your problem? No? Hmmm, that's strange. What about simply holding hands with your partner for five minutes once a week before bed? That didn't solve it, either, huh? Odd.

That's OK! Traditional self-care care methods don't work for everyone! And if you are looking for more realistic coping methods, we'd like to share a handful of alternative approaches. These have been carefully tested and reviewed for efficacy by at least one parent, so they should work without fail.

Related:
After Years of Parent Petitions, of Course Halloween Is on a Saturday in 2020

1. Scream into the void.

Like, one of those guttural screams that comes only after you've stomped your way into a quiet room and slammed the door behind you. You know, the ones that are at once completely impulsive yet fully forced out of the deepest pit of your stomach and that cause your husband to call out from down the hall, "You . . . uh . . . you good?"

2. Develop a numbness to emotional stress such that you can only shed a tear during viewings of Netflix-original rom-coms.

This may come naturally, or you may need to work toward it, but form a layer of apathy so thick that the prospect of your child asking, "who are my friends again?" delivers not a single tear but enough of a fissure that watching Last Christmas for the third time will require 2.5 boxes of Kleenex.

3. Assume the fetal position versus showering.

It can be assumed that you haven't showered in multiple days, likely because you keep telling yourself you'll shower once you've done your YouTube HIIT workout in the living room, a thing which you never do. That's fine. Your skin's natural oils are good for you or something. You can, however, level up by using that time you would have cleansed your body by scrunching up, ideally naked, on the cold tile floor of your bathroom. It rejuvenates the blood cells or something!

4. Institute a Spirit Week at home in which every day is Pajama Day.

This should finally stop your kids from asking why you are still wearing the same T-shirt for the third day in a row. Also helps with laundry maintenance.

5. Yell at children for the rush of power and then apologise for doing so for three days straight.

We've all been there. Your kids are not listening, and instead of gently repeating your request for them to pick up the mother-f*cking marker that you just slipped on like a cartoon animal on a banana peel, you decide to shriek, "PICK IT UP NOWWWW!" What's done is done, so just enjoy that momentary rush of power for the three blissful seconds of silence before a cacophony of wails fill your eardrums. (Editor's note: It's generally best practice to not yell at your children, but it's also best practice to send them to school and allow them to touch playground slides.)

6. Rewrite yesterday's to-do list on a new sheet of paper as if anything will change.

This also works for doing Cosmic Kids yoga with your child a few times a month while eating half a pint of ice cream every other morning and then asking your partner why you aren't reaching your fitness goals.

That's it. Just go in your car for awhile.

8. Tell yourself that your iPad is "honestly just as good" as the quality childcare for which you have grown accustomed.

Repeat statements such as "I don't know why we were paying Linda time-and-a-half all those years we had to work late!" and "Our kids watching Paw Patrol is the exact same thing as them playing with similarly aged kids – I see no differences!"

9. Develop a quality relationship with your Zoom therapist.

If you cannot get a Zoom therapist because the demand for virtual therapy has far exceeded the supply of reputable psychologists who do not have their own sh*t to deal with, consider doubling down on the "hide in your car" strategy.

10. Stare at Instagram feed with a level of anxiety that can best be described as "Threat Level Midnight."

This works best while sitting on a toilet with your kids calling for you to "look at me colour!" in the background. This particular coping mechanism may or may not be exacerbated by posting your own heavily filtered lies about how you are "thriving" or, far riskier, "blessed" during this time with your family.

Yes, we realise this has already been listed. It's just that we really can't say enough good things about it.

APIA
Breaking the 9 to 5: How This Badass Beauty TikToker Transformed Her Art Into a Business
by Chanel Vargas 27/4/21