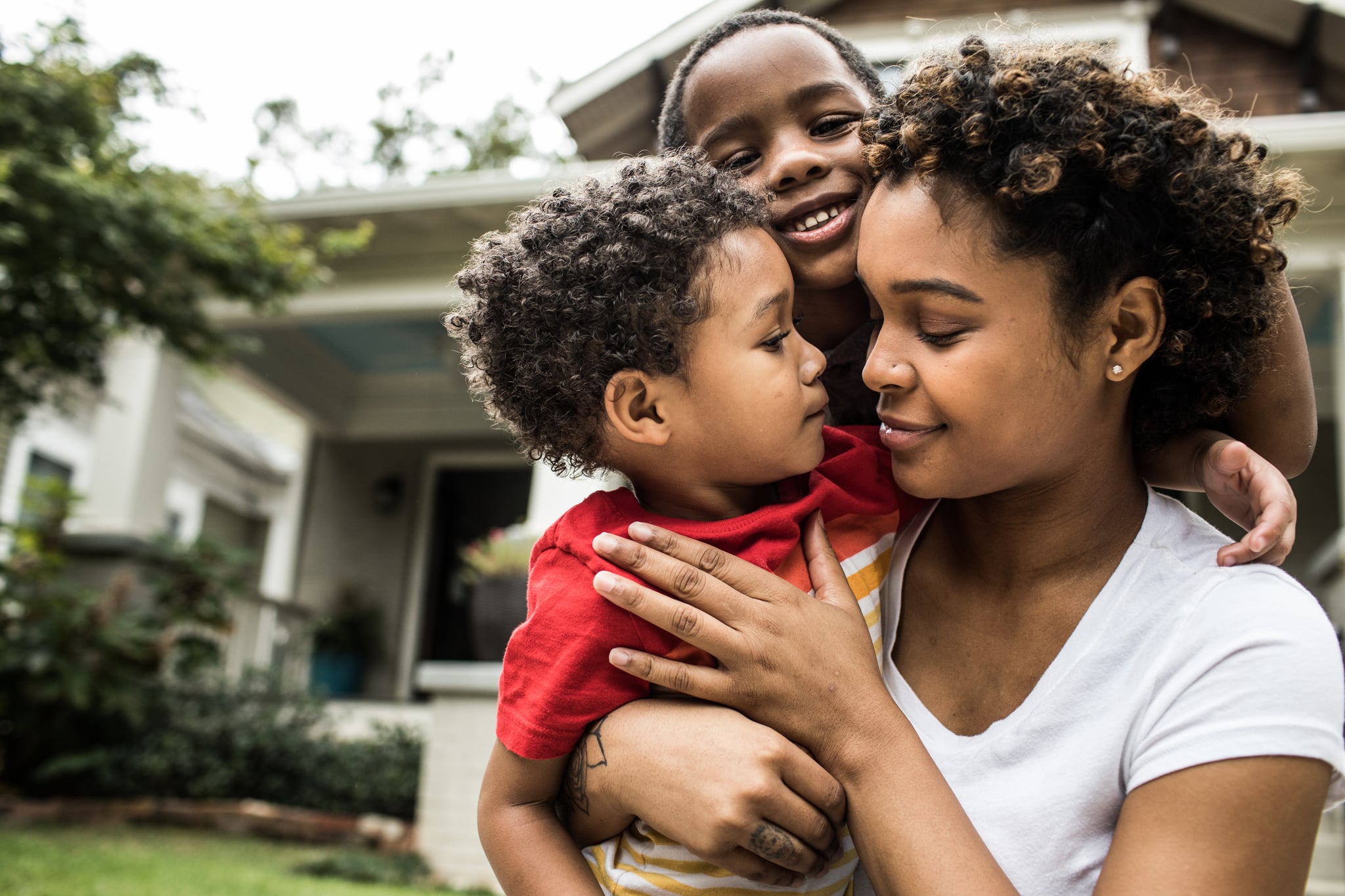 At 31-years-old, I'm a mum of two, and life is as hectic as you'd imagine. As I type this, my 2-year-old is running around the living room, toy stethoscope in hand, insisting that she's "a doctor, mummy!" Meanwhile, my 3-month-old is sitting contently in her rocker, momentarily distracted by her new rattle. A year ago, just when my husband and I had finally started to get the hang of the whole parenting thing, we decided to try for another baby. Fast forward 12 months, and we're doing our best to work through the challenges that come with raising two amazing little girls. Of course, I knew it would be difficult, and I quickly learned that I needed to make life as easy as possible for myself if I was ever going to survive this stage of motherhood.

That's meant making significant changes to my parenting approach. The first time around I was highly strung and put a huge amount of pressure on myself to be the perfect mum, insisting on doing things the hard way despite always having other options. I'd decided to exclusively breastfeed, which was one of the hardest things I've ever done. As well as the toe-curling pain that I suffered for the first five weeks complete with cracked, bleeding nipples, it was mentally exhausting. To make things even more exhausting, my daughter was incredibly clingy. The realisation that I'd be attached to her 24/7 with no alone time whatsoever took its toll, and as a result, I experienced my first case of the baby blues.

I quickly learned that I needed to make life as easy as possible for myself if I was ever going to survive this stage of motherhood.

I also refused to give my daughter a dummy despite knowing that using one would've made my life much easier (she would cry a lot). I told myself that I wasn't using a dummy because I didn't want the day to come when I'd need to take it away from her. The truth is that I also felt what I can only describe as a sense of smugness for choosing to do things the harder way, or the "right" way, as I'd convinced myself.

But having a second dependent has changed everything. Once again, I'm exclusively breastfeeding, but this time it's because my baby refuses to take a bottle despite my attempts at getting her to drink both expressed milk and formula. I've also tried giving her a dummy, which she promptly spits out every time I put it in her mouth. What can I say? I've tried. The difference is that this time, I couldn't care less about playing the role of the perfect parent. Instead, I'm open to doing whatever I can to make myself a happier mum. That includes being less critical of myself and letting go of mum guilt.

Petra Smith, 34, has experienced something similar. "With my first baby, the first few months of motherhood were ruined by my struggles with breastfeeding," she says. "The second time around, I went into labour with formula and bottles in my hospital bag. I think we put ourselves under huge amounts of pressure with the first baby because it's all so new. We're bombarded with advice, and we think we have to do it all, even while barely functioning on limited sleep."

Another mum of two, Dee Drysdale, 39, says she's benefited from mellowing out after having a second baby. "My approach the second time round is totally different. I find I'm far more relaxed within myself. For example when my daughter, who's my first, was born, her nursery was painted months in advance, and her clothing was packed neatly into every drawer. But with my son's early arrival, we ended up washing his clothes throughout his first week home. He's 4 months old now, and we're still using the laundry basket to put his clean clothes into because he doesn't have a nursery or a wardrobe for his things yet. We're so relaxed this time that we're not in any rush."

Having to divide your attention between two children instead of only needing to focus on one is another reason why I think it's important to take it easier on yourself. Operating from a less self-critical frame of mind can help you make more practical decisions. Jordana Collinge, 27, explains: "I feel like such a stronger mother as I'm able to act on my own instincts instead of constantly doubting myself and having to ask my mum or mother-in-law a thousand questions a day. I think my baby is a lot more laid-back because I am."

I started this off by saying that having two children as young as mine was hard, so I don't want to make things harder if they don't have to be. That means if I'm tripping over the toys littering my living room floor, or dodging a pile of laundry while on my way to add yet another dirty dish to my overflowing kitchen sink, I try my best to shrug it off instead of stressing. I once read a quote that said "a good mum is a happy mum," which really resonated with me. That's why making a pledge to be the best mum I can be means that I'm no longer trying to be superwoman. And I'm more than happy with that.