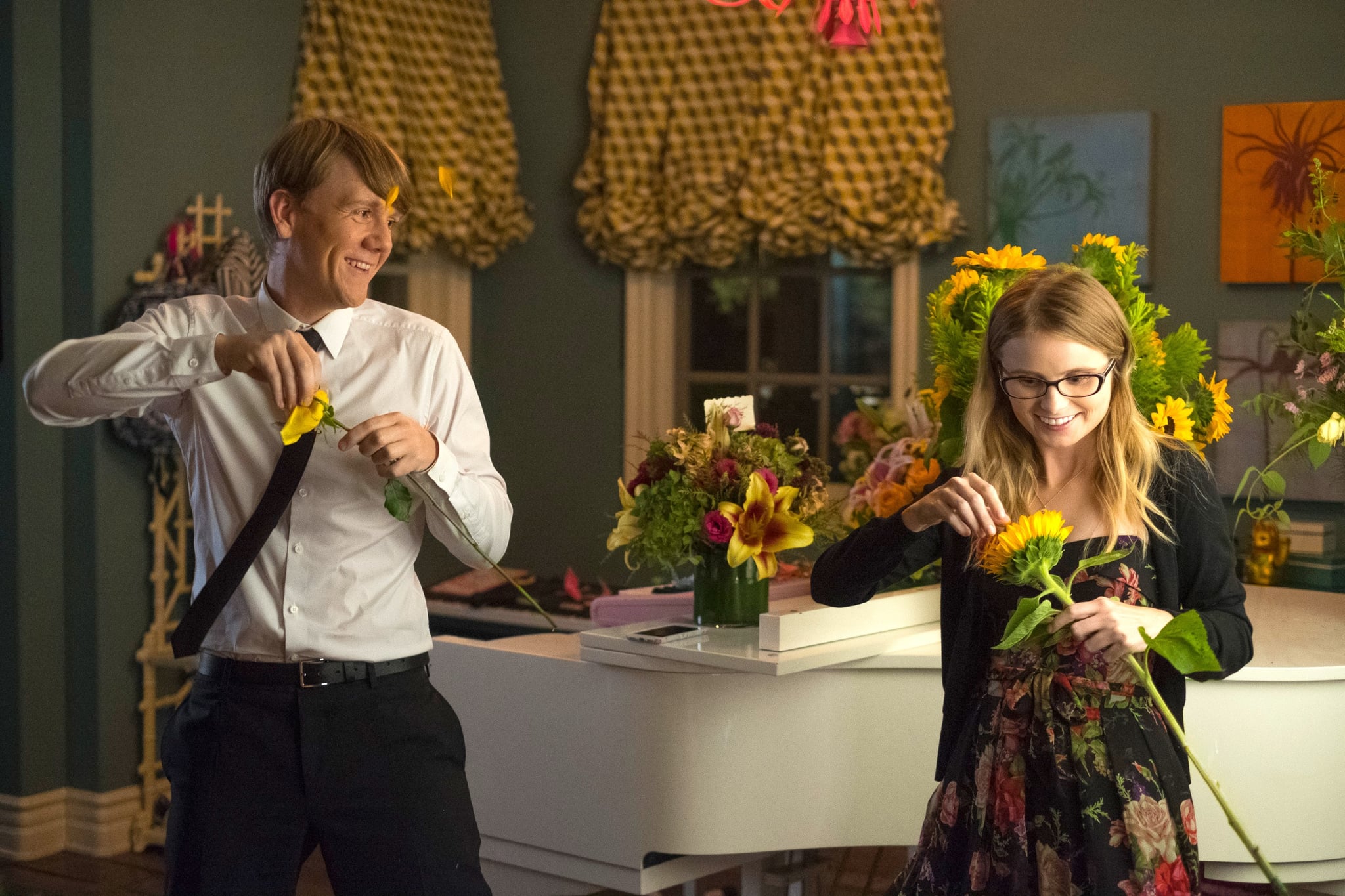 As a kid or even a teenager, I wasn't taught what "falling on the autism spectrum" meant. Growing up, I didn't have friends or relatives who had autism, so it was never a topic of discussion around me. It also wasn't something my teachers carved out class time to teach about, even though one in 54 children are diagnosed on the autism spectrum, according to the CDC. It's a common problem, one that I see in many other areas now that I'm aware of it: if something isn't directly affecting you or someone you know, you're less likely to be informed about it. I'll admit it: that was what happened to me with autism. Because it never affected me or anyone I knew personally, I never noticed my lack of education around the topic or thought to educate myself about it.

That began to change when I watched Freeform's Everything's Gonna Be Okay. The show follows the lives of half-siblings Nicholas (Josh Thomas), Matilda (Kayla Cromer), and Genevieve (Maeve Press) as they navigate life after their father's death. I'm embarrassed to say I wasn't even aware of the term "neurodiverse" (a larger term that encompasses the idea that humans don't come in a one-size-fits-all neurologically "normal" package) before seeing the show. The extent of my education had been from the very little I had seen on TV, and that's only in more recent shows like Atypical or The Good Doctor — both of which have faced some criticism for their narrow portrayal of autism as a disease that only manifests as high-functioning in heterosexual white men. Everything's Gonna Be Okay, which is getting praise for representing neurodiverse people (and especially a neurodiverse person who is a woman, a woman with autism), has opened my view about why representation is the key to thoughtfully learning about diversity.

Everything's Gonna Be Okay centres Matilda, a character on the autism spectrum, portrayed by Cromer, who has autism herself. She isn't the only neurodiverse actor in the cast, either; Carsen Warner and Lillian Carrier, who are both neurodiverse, join Cromer as her classmates midseason, and both also portray characters on the autism spectrum. Carrier, Cromer, and Warner's authenticity brings a new level of honesty and originality to their characters that has helped me begin to understand neurodiverse people in a whole new way.

Throughout the show's first season, I've seen and learned how some neurodiverse people interpret the world differently. It showed me that some neurodiverse people may find it difficult to make eye contact or carry a conversation (both of which Matilda sometimes struggles with). When presented in a situation she doesn't entirely understand, Matilda asks questions that require a "yes" or "no" answer, because while neurotypical people tend to pick up on social cues, she views things as black and white and demands transparency. For example, when she asks her crush if he likes her and he tries to let her down gently, she very straight-forwardly asks him why he doesn't like her back. Or when her little sister Genevieve gets her first period, she can't understand why Genevieve is lying about it to her friends. The grey areas of lies, platitudes, or social niceties don't make sense to Matilda. But the result is that she isn't afraid to speak her mind, be frank, or demand an answer. In many instances, Matilda is able to have more honest communication than those around her who are neurotypical because there's no deception. It's such a refreshing way to see a neurodiverse character represented. I never knew the different ways autism could manifest, so seeing Matilda navigate life and explain her actions to her classmates, family members, and friends is enlightening. It's given me a sense of what to be aware of when interacting with a neurodiverse person and inspired me to learn more. I know it's just one representation of autism, but for me, as someone who's beginning to learn more about the experiences of people with neurodiversities, it was a powerful one.

That's why I think a show like this can be an incredible tool for neurotypical kids and teens to learn about neurodiverse people in a positive yet informative way. It's proof that diversity is a strength and that there's so much we can learn from one another, even when we're not the same. Particularly for teenagers and young adults, Everything's Gonna Be Okay illustrates several life milestones they will face, whether neurodiverse or neurotypical. Aside from completing college applications, Matilda and her friends confront hurdles like getting drunk for the first time, losing a loved one, and having sex — and seeing her and her neurodiverse peers navigate these obstacles shows all viewers not only how growing up is a universal experience, but, for neurotypical viewers, also what it's like to grow up with autism. It's an important topic that is almost never highlighted on TV or in movies, and it goes a long way to showing neurotypical viewers what life with autism is like.

As I watched and learned, I felt guilty for my lack of knowledge, but I know undereducation about neurodiverse people is an issue way larger than that. Not only do we not learn about it, but almost all neurodiverse characters on TV are played by neurotypical actors (see the examples of Atypical and The Good Doctor from above) — in fact, according to the Ruderman Family Foundation, 95 percent of characters with disabilities are played by abled actors on TV. In this way, Everything's Gonna Be Okay is blazing even more trails, as Cromer is the first actor on the autism spectrum to be playing a leading character also on the spectrum. As a teenager, I turned to TV shows for guidance, looking up to fictional characters to help me navigate my own friendships and life challenges. If I needed relationship advice, I'd compare my life to a scene in a TV show. If I wasn't sure how to handle friend drama, I based my responses on the characters from my favourite shows. I learned so much from TV, but I wish there had been a show like this when I was in junior high or high school, rather than in my early 20s. As information has become more readily available thanks to social media, I've definitely begun to learn a bit more about my neurodiverse peers, but it wasn't until this show that I truly understood how much more there was to know.

Everything's Gonna Be Okay has taught me that although we may all be a little different from one another, there's always something we can learn from each other. And while that's a common sentiment in many teen shows, what makes this one special is how uniquely it treats autism and neurodiversity. Everything's Gonna Be Okay is a reminder to appreciate someone for who they are as a person as opposed to valuing them based on their difference. It's also a reminder that while we may experience it differently, we're all growing up in the same crazy, twisted world — which does more to unite us than separate us. It's a perfect TV show on many levels, so here's hoping for a season two!