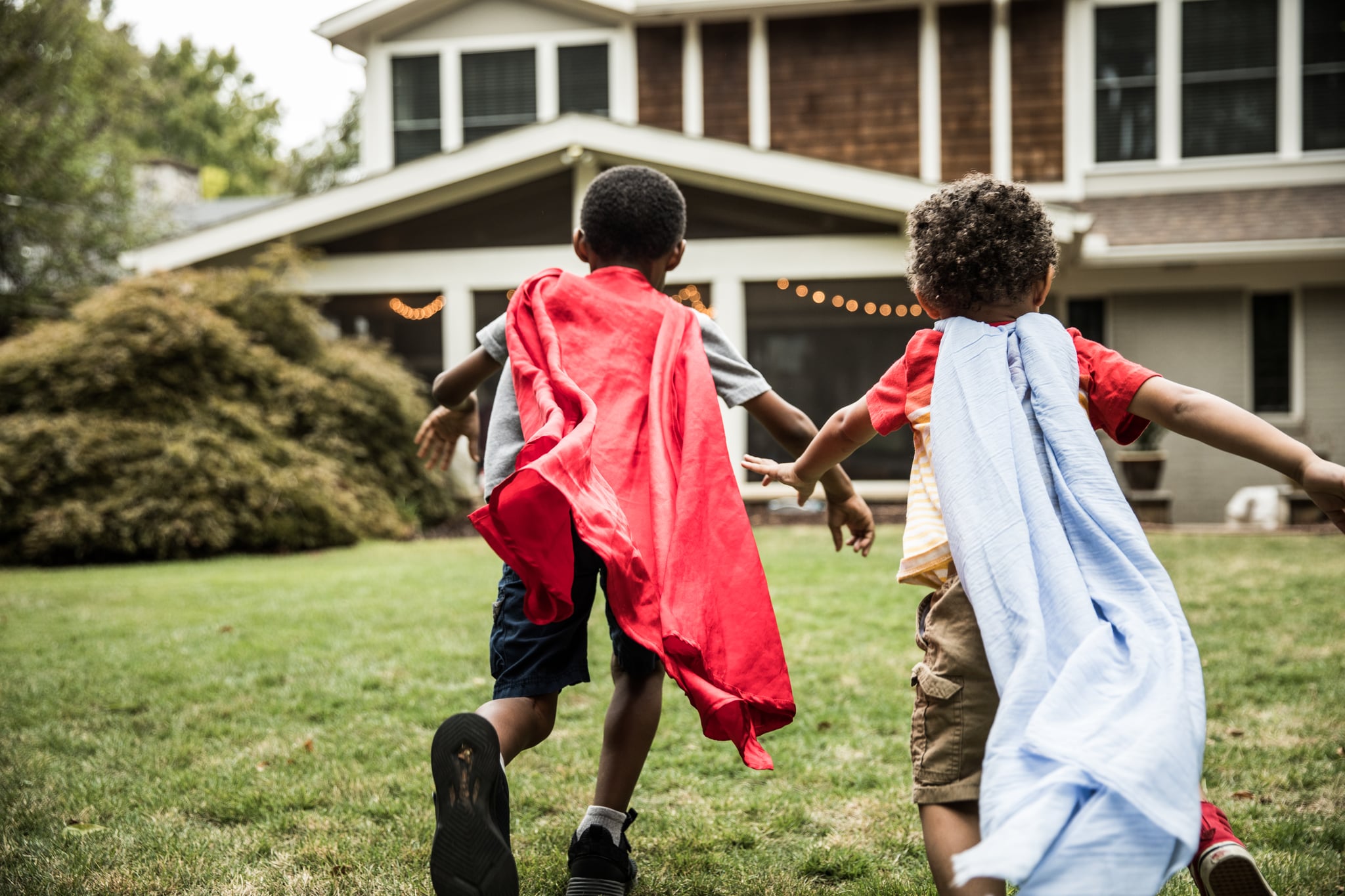 I remember one time when my brother, Keith, was 3 he howled; there's no other way to describe the noise he made. It was the middle of the night and he was throwing himself around the room, tossing toys against the wall, screaming because he didn't want to sleep. I was a year younger, 2, and so scared that I ran and hid under my bed. Tears streamed down my face until my mom came in and held Keith tight.

I peeked out from under the bed skirt to see what was happening. My mom hushed Keith and tried to comfort him, but all he did was scream no over and over again. The minutes ticked by as I listened to the sound of his screaming and the short intervals when my mom's voice could be heard. This lasted until 12 a.m. I stayed paralyzed under the bed until the his voice slowly ebbed away and I felt safe to come out.

My mother found out Keith was diagnosed with mild autism at age 3. But she couldn't fully understand why, every night, I would hide under my bed or in my closet whenever he threw tantrums. And as a child myself, I didn't know how to explain that since I didn't understand what was happening, I worried he would hurt me. So I stayed out of the way. My aversion to this conflict is what I believe is the reason I was a shy kid.

Even though Keith was the oldest and I wanted to look up to him, I had to act like the oldest.

When I was growing up, I didn't know how to cohabitate with a person with autism. I couldn't understand why Keith would make so many loud noises at night, rapping song lyrics and talking to himself. I couldn't understand why he would spend hours in his room, in his own world playing video games, then turn into a totally different person when he came out of his room — social and engageing with our family, telling jokes and carrying the conversation. I asked my mom for an explanation, and while she kept telling me that he has autism, I had so many questions about what that meant. I could tell she didn't want to go into detail about autism because she didn't want Keith to overhear it. She was very protective of Keith and his feelings. In the past, he's become upset or very sad when we talk about how autism affects his life, and she didn't want to upset him again. In hindsight, I can understand that, but as a child it often left me confused and afraid.

It also left responsible for so much more. Even though Keith was the oldest and I wanted to look up to him, I had to act like the oldest. My mom has several health conditions, and my dad worked all the time, so I needed to step up and take care of our family. I had to be the mature one, the caregiver. I had to tell Keith things in a nice way he would understand, because he was often emotional. I also had to be patient because he didn't like to be rushed. I was always scared I would slip up and he would throw a tantrum, and I never knew how to react, so I retreated further into my shell, especially as a young child. Keith's tantrums stopped when he started kindergarten, and we fell into the pattern of living together but not really knowing each other.

Throughout my adolescence, I did lots of research on autism to try and better understand Keith. I came to understand that he effectively has a mind of a child, and several of the behaviours I'd seem him exhibit (including difficulty with social interactions and repetitive behaviours) were symptoms of autism. There's no cause to autism, but one thing I realised is that it is genetic. Several of my family members have autism, but Keith's diagnosis is not as severe as theirs, something it took me a while to realise. I long thought Keith's autism was severe because of the way he acted at home, but I began to realise that he doesn't act the same way when he's out in public. This knowledge gave me the confidence my senior year of high school to share Keith's diagnosis with my friends. I worried that they would judge him, but they were nothing but supportive.

My relationship with Keith didn't grow alongside my personal growth because I was only focussed on myself.

Unfortunately, my relationship with Keith didn't grow alongside my personal growth because I was only focussed on myself. I wanted to do better, especially since I wanted to go to college. My focus on education made him feel like more of an outsider because he wasn't into school, though I didn't realise it at the time. Every time I had a conversation about it, he tried to get involved, but didn't know what to say. And because I was so wrapped up in my own problems, I didn't realise how it was affecting Keith. He slowly began isolating himself further from my mom, my dad, and myself. I never thought about why; I just assumed it was another manifestation of his autism.

Keith reached a breaking point after my sophomore year of college. He sat the whole family down for a conversation to share how he felt that he was excluded from everything, especially with me in college. My parents were worried about me being out of state, and thought Keith was fine being home — but in reality, he felt like he wasn't getting attention or wasn't included in our conversations. This left him alone in his room, depressed, trying to work out how to cope with his feelings. After that conversation, I realised our mistake — and vowed to make an effort to include him in everything.

I realised I was being hard on Keith, and still acting like a second father to him, trying to protect him from everything. I admired that Keith took initiative speaking out and feeling comfortable to share his opinions to us, and wanted to help as best I could. "Keith, my only suggestion for you is you need to come out of your room more. You just push people away when you sit alone in your room," I said calmly. I wanted to give him an idea on how he could step out of his comfort zone, and connect with us more. And I realised that often my coping mechanisms are the same — when I hit rock bottom, I also retreated and hide myself away, so I understood where he was coming from. My hope was that the same advice I tell myself (step out of your comfort zone) would work for him. The next day, I asked him if he was feeling okay and he said, "I'm much better."

Ever since that talk, I notice that he comes out of his room and opens up to us more, much like he did as a kid. He opens to me more, which I really value, and I repay in kind. It's helped me see our relationship for what it always has been — siblings who love each other. Growing up with Keith and going through this experience helped me realise that I was unnecessarily putting him into boxes, and that's something I should never do to another person. Our relationship will continue to grow, and I know for a fact that he can always look up to me. And I look up to him.