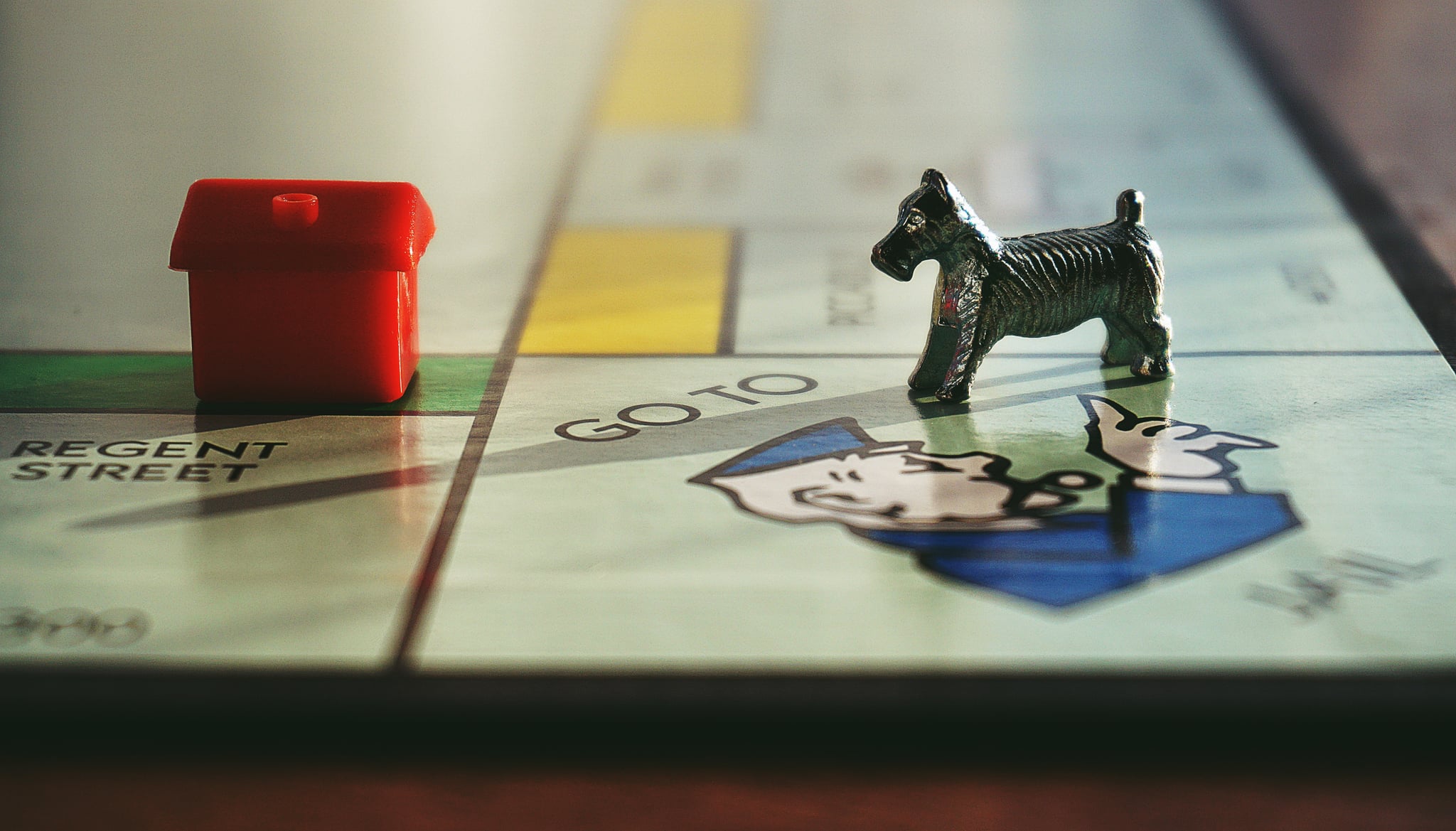 My daughter, age 5, is old enough to ask us to buy her things but knows nothing about money, a recipe for hellish shopping trips. So I started searching for a board game that would help her learn how to spend and save. We've leaned heavily on games to pass the time during the COVID-19 pandemic and play most nights after dinner. Monopoly came to mind as a possible addition to game night, but the iconic capitalist with a top hat and emphasis on financial domination make me cringe. I want to teach my daughter that five-dollar bills are made up of five ones, not how to crush the disenfranchised.

Dutifully, I googled "alternatives to Monopoly," searching for a shopping guide. Instead, I started down a rabbit hole of bad options that all began "if you like Monopoly, try . . ." In the game Puerto Rico, one of the first alternatives that popped up, we could assume the role of a colonial governor and amass slaves, which are euphemistically called "colonists." I winced and shifted to looking for games for younger players. If we played Ticket to Ride, Jr., we could "achieve victory by expanding your railroads from coast to coast!" Of course, the U.S. did that already in the late 1800s, and the railroad helped to complete the colonization of the U.S. Another option, Catan Jr., once called Settlers of Catan Jr., remains a game about colonial settlers, whether or not that word appears in the title.

In my family, there's no sidestepping the ugly history embedded in such games. I'm the daughter of a Puerto Rican mother, my wife is descended from slaves, and our daughter is indigenous. Clearly, we're not going to offer our kid a game where she can re-enact the building of the transcontinental railroad, which wiped out entire indigenous communities in its westward march. We won't be playing Catan, the game where you create your own colonies, for the same reason. When settler colonialism fuelled by racism destroyed the lives of your ancestors, re-enacting it doesn't seem like good family fun.

But I think if we were an all-white family, these games would still give me pause. After after George Floyd died at the hands of police, we were deluged with advice on how to talk to kids about race, most of which included books we could read. The outpouring of resources raised general awareness of structural racism. Yet there was little discussion of narratives that more broadly shape how we understand race in the United States. And stories about race are pervasive in the family games we've increasingly played during the pandemic. Sales of Catan, which has sold 35 million copies since its release 25 years ago, increased by 144 percent between January and August of this year alone.

Children do pick up on broader cultural narratives, explained Margaret Hagerman, associate professor of sociology at Mississippi State University and author of the book White Kids: Growing Up with Privilege in a Racially Divided America. "Children learn about race from all these different parts of their lives and in ways that are far more implicit and subtle than adults often assume," Hagerman said to POPSUGAR.

Some games are subtle. Others have been used deliberately to instill values, noted cultural critic Eric Thurm. "Board games have been used as teaching tools since their inception," he wrote in a recent essay. Games like Chutes and Ladders and The Game of Life were developed specifically to instruct children on how their choices could affect their future. Newer games like Catan and Ticket to Ride deliberately pull players into a story and make them part of the narrative of the game. In these newer games, settings like colonial Puerto Rico aren't just a backdrop, players pretend to be slave owners.

Parents often underestimate how much information their children take in about race, how young they are when they begin to understand racial differences and the pervasiveness of racism. By age three, children have started to understand that differences in skin colour are connected to social differences and show a preference for white people, according to Medina Jackson, the director of engagement for P.R.I.D.E at the University of Pittsburgh, a program that develops positive racial identity in Black children.

Between ages 5 and 8, children are at an ideal age to learn about racism, Jackson said to POPSUGAR. "Children are old enough to begin to think about social issues and young enough to remain flexible in their beliefs," she explained. That combination of awareness and flexibility is why it's crucial to begin talking to kids about race when they are still young.

If you've been relying on Catan to get through the pandemic, you don't have to decide to put it away. Instead, seize the next game as an opportunity for a frank discussion with your kids about the history of racism. "A parent who is trying to rear their children from a race-conscious perspective will use these as opportunities to talk about racial differences," Marietta Collins, Ph.D., associate professor at the Morehouse School of Medicine and co-author of the children's book Something Happened in Our Town, said to POPSUGAR.

And if you didn't learn about the destruction that went hand-in-hand with building the transcontinental railroad or similar events, you can use the opportunity to educate yourself and your kids at the same time. Hagerman suggests reading A Different Mirror, a multicultural history of the United States that also has a children's version.

Parents can also modify rules to change the larger narrative of a game. Ann Hazzard, another co-author of Something Happened in Our Town, explained in an email to POPSUGAR that her family changed the rules of their Monopoly games. "We decided that players receiving large 'rents' would pay a portion into a community fund, which would then be distributed to less fortunate players," she said.

I like that idea, but went with a simpler solution for my daughter this time — a board game called The Allowance Game that works just fine for the under-8 crowd. She loves it.