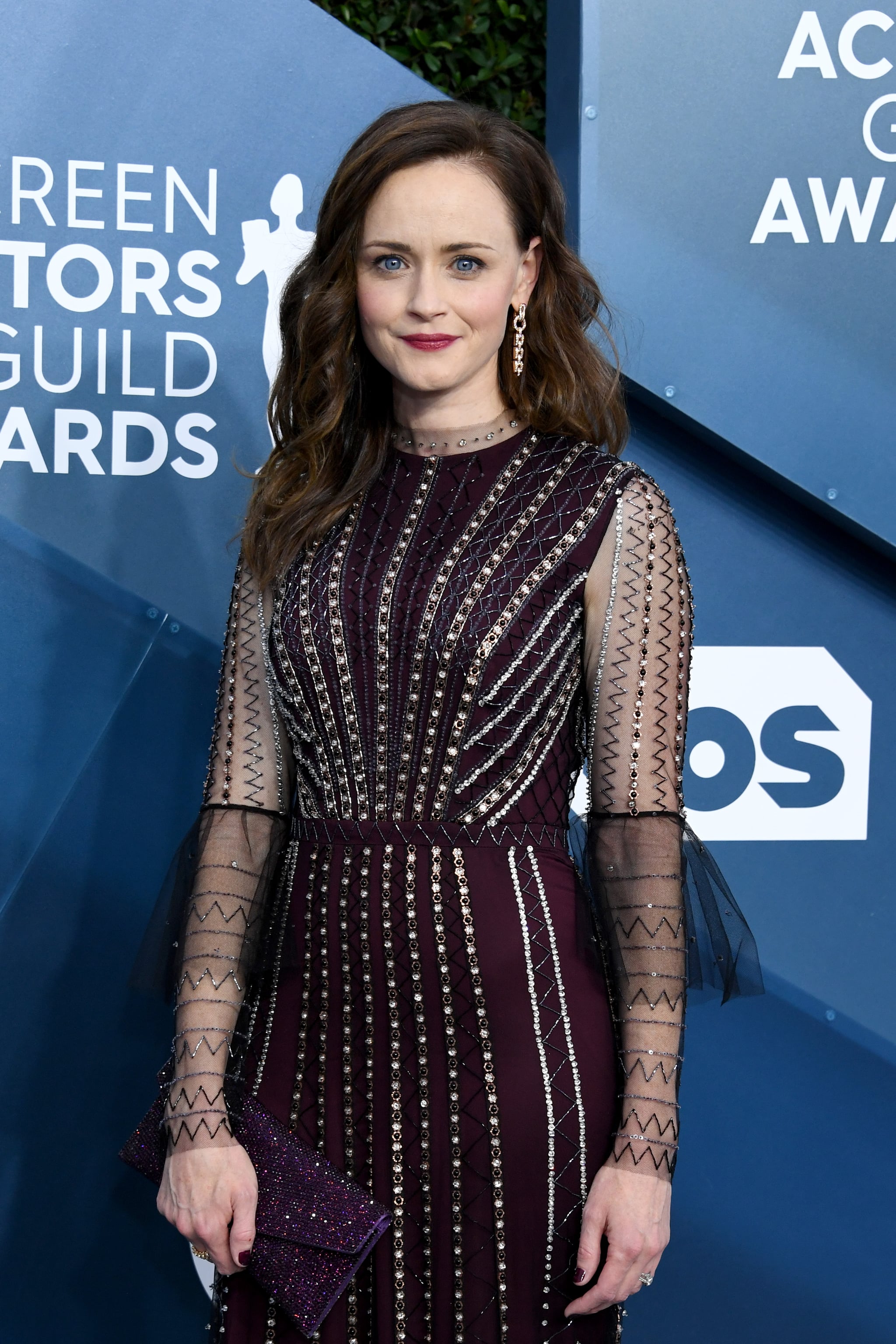 Gilmore Girls alum Alexis Bledel has done quite a bit for herself since leaving Stars Hollow. She had a stint on Mad Men, she was in The Handmaid's Tale, and she also married Vincent Kartheiser — one of her Mad Men costars — in 2014. The couple had a son in Fall 2015, according to E!, but they kept the good news to themselves for months before sharing. In fact, Alexis and Vincent weren't even the ones to break the news about having a baby — Alexis's former Gilmore Girls costar Scott Patterson did that.

In an interview with Glamour in 2016, Scott said, "She's really blossomed as a woman and now she's a proud new mother and married and happy. I remember her as an 18-year-old kid, fresh out of college coming into Hollywood and being a little overwhelmed. She's just the most likable, intelligent person and adorable human being. She hasn't changed at all. She looks the same. We're comparing notes because my son is about a year and a half older than her young son. I'm showing her photos and videos and what to expect. We're just really enjoying each other's company."

Since having her baby, Alexis hasn't said much about motherhood and definitely hasn't shown off the little one to the public. She did tell ET in 2017, however, that she's extra careful with choosing roles now. "More than anything, I just think about what roles I take on, and make sure that it's really something that I feel passionate about if I'm going to leave home and go work. I just want to love what I'm doing."

Beyond that, we don't really know a whole lot about Alexis and Vincent's little guy, but we can only imagine he's super adorable and already incredibly talented, and he probably has beautiful eyes. But that's just our best guess!