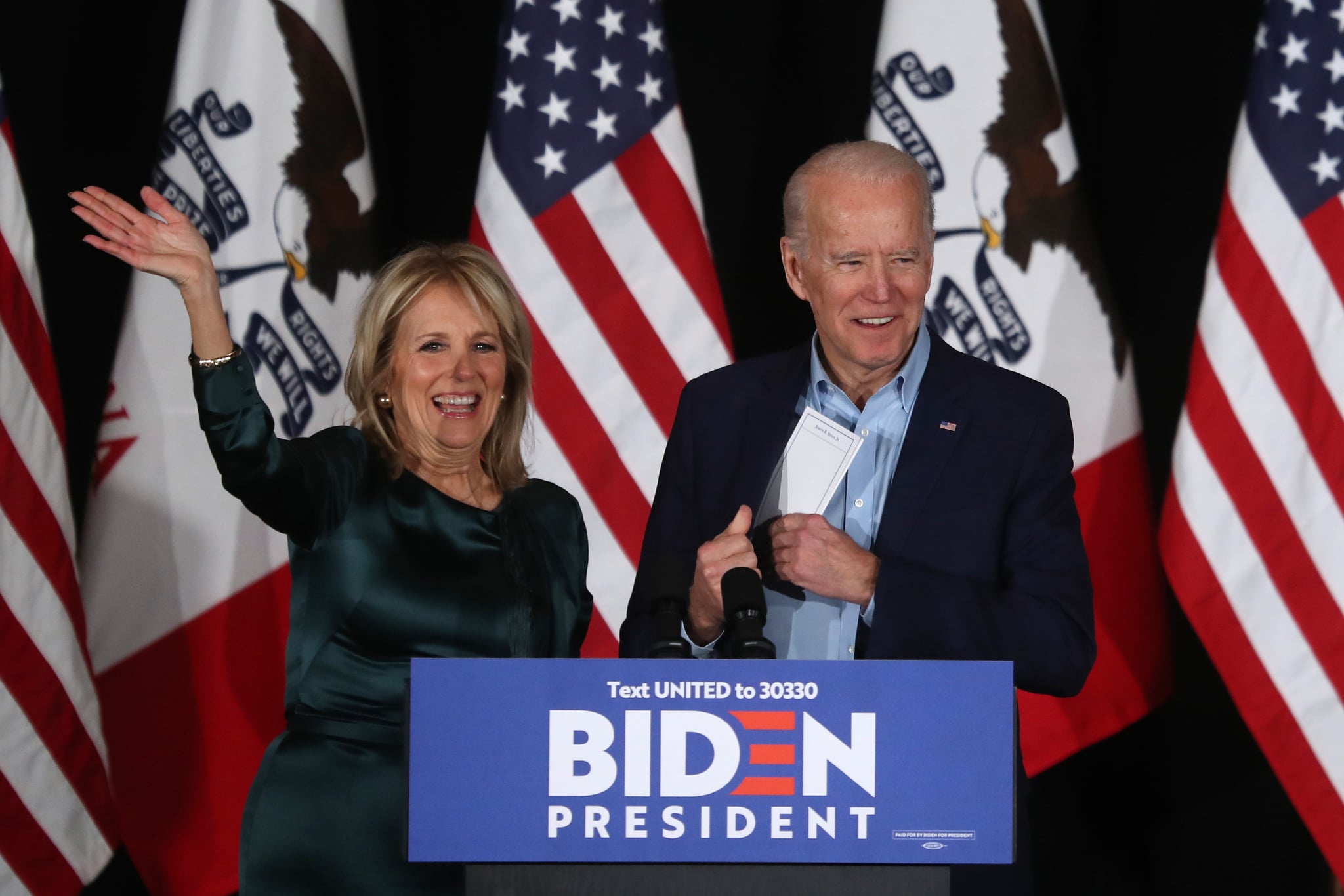 We grew to love Joe Biden when he served as vice president under former President Barack Obama and had one of the cutest bromances this country has ever seen. Now that Joe is the presumptive Democratic nominee for president this year, we thought we'd take a look at the rest of the people closest to him — his children and grandchildren. Joe and his current wife, Dr. Jill Biden, share one child, but Joe has three children from his first wife, Neilia, who was killed in a car accident in the 1970s. From Joe's four children, he also has several grandchildren. Get to know all the people surrounding Joe in his presidential race when you keep reading.

Joseph Robinette "Beau" Biden III was born on Feb. 3, 1969. He died of brain cancer on May 30, 2015. He is Joe's first-born son with his late first wife, Neilia. Beau joined the military in 2003 but was able to come back to Washington DC in 2009 for his dad's inauguration as vice president under Barack Obama's presidency. He also served as Delaware Attorney General during his time in the military and after. He intended to further his political career but was diagnosed with brain cancer, that eventually lead to his death. He was married to Hallie Olivere, with whom he had two children, Robert Biden II and Natalie Biden.

Robert Hunter Biden was born Feb. 4, 1970. He goes by Hunter, and is Joe's second son with his late first wife, Neilia. He graduated from Yale Law School and also served in the Navy. He spent many years as a lobbyist and working as an investment professional with several companies. He was married to Kathleen Buhle, with whom he had three children, Naomi Biden, Finnegan Biden, and Maisy Biden. He and Kathleen divorced in 2017. Hunter fathered the child of Lunden Roberts in 2018 before marrying Melissa Cohen in 2019. He and Melissa had their first child in March.

Naomi Cristina Biden was born Nov. 8, 1971. She was killed in a car crash with her mother, Neilia, on Dec. 18, 1972. She was the third child of Joe and Neilia and died when she was just 13 months old when a tractor trailer struck the car Neilia was driving. Hunter and Beau were also in the car but only suffered minor injuries.

Ashley Biden was born June 8, 1981. She is Joe's only child with his current wife, Dr. Jill Biden. Ashley has a master's degree in social work from the University of Pennsylvania and puts it to use in her activism and daily life helping others. She's also been active in helping her dad campaign over the years. In 2012, she married Dr. Howard David Krein, an otolaryngologist and plastic surgeon. Together the two spend a large amount of time on charity and social work.

Natalie Biden was born in 2004. Natalie is the oldest child of Beau and Hallie Biden. The teenager is close with her cousins and has been supporting her grandpa's campaign.

Robert Hunter Biden II was born in 2006. He also goes by Hunter, and is the second child of Beau and Hallie Biden. He's named after his Uncle Hunter, and despite being the only boy in the mix of cousins (until Hunter's youngest was born this year), he's close with his cousins.

Naomi Biden was born in December 1993. She is the daughter of Hunter Biden and his first wife Kathleen. She's named after Hunter's late sister, Naomi. She's the only Biden with a public Instagram account, other than Joe and Jill. She got her undergrad degree from the University of Pennsylvania and is currently in law school at Columbia Law. She's also active in speaking out about her grandpa's campaign.

Finnegan Biden was born in 2000. She is the second daughter of Hunter Biden and his first wife Kathleen. Finnegan was thrust into the spotlight when she attended an Iowa campaign rally in 2019 with her grandpa.

Maisy Biden was born in 2001. She is the youngest daughter of Hunter Biden and his first wife Kathleen. Maisy grew up with Sasha Obama and the two are close friends. She played basketball in school and former president Barack Obama has been known to sing her praises.

Hunter Biden and his second wife, Melissa Cohen, just welcomed their first baby on March 29, 2020, in LA. Hunter and Melissa got married last year after a whirlwind romance. The new baby boy is Hunter's fifth child.