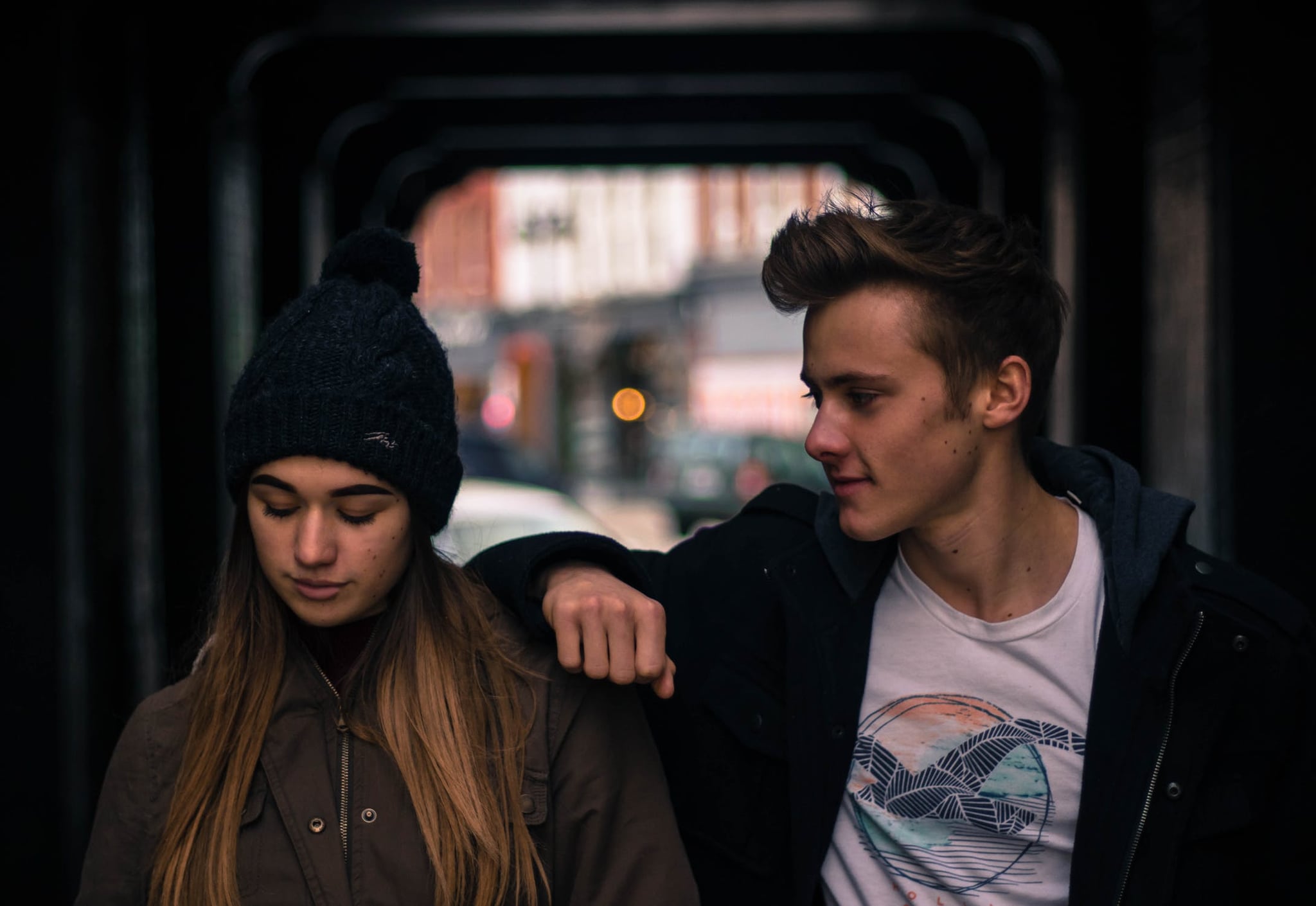 For better or worse, sibling relationships can be the most influential relationships in a person's life. During my early childhood years, I truly hated my brother. My parents used to always tell my brother and I, "When you grow up, you'll stop fighting." Yet, as time passed, the fighting only continued. However, they knew what they were talking about, because as we both grew older, our relationship changed for the better.

When my brother and I were toddlers, he would follow my friends and I around with his bottle hanging from his two front teeth, bouncing back and forth as he ran to try to catch up to us. He loved me. He may have even worshipped me. I was everything to him. Yet, I never gave him a second thought. Why? I have no idea. Perhaps it was because he was two years younger, and, at that time, believed that it was uncool to hang out with younger siblings. But the fact remains that I consistently pushed him away and treated him as though he was inferior to me, even when it was just the two of us. As a result, over time, my brother began to treat me the same way.

During our childhood, my brother and I grew up under permissive-like parenting. In other words, our warm and nurturing parents mostly let us do what we wanted and let us make our own decisions. They acted more like friends than parents. That said, they did have high expectations for us, especially regarding our education, careers, and the way in which we treated others. Hence, whenever our parents were home or we were out in public with them, we had to accept, respect, and tolerate each other.

However, when it was just the two of us, the irritations, competition, and quarreling made our household a battle zone. We always provoked each other. Often, one of us couldn't restrain ourselves from physically harming each other, whether by throwing a remote at each other's heads or shoving each other into the wall. It didn't matter if we didn't have a specific reason to fight: we just had to lash out at each other.

When we both entered middle high school, things gradually became better. Although there was still sibling rivalry that involved bickering over things like who should get to sit in the front seat of the car, what show to watch on the television, or who could get on the person's nerves fastest by relentless teasing each other, we eventually began to have random days where we truly acted like best friends. Of course, this typically was only the case when we shared similar goals as it would cause us to team up to accomplish them.

Then, I moved away to attend college, and boy, did that change things. Suddenly, my relationship with my brother felt like a blessing. I can honestly say to people now that we're friends. We say, "I love you," hug each other, engage in small talk, sit on the same couch watching Netflix, and go out to lunch together whenever I am home for a visit. We even FaceTime each other while I'm away at school to catch up on each other's lives.

When I moved, we had more time to talk to each other about ourselves and about each other, which helped to foster better communication and trust between us. It also made us exert more effort on connecting with each other. In return, this has allowed our relationship to run smoothly.

Also, because my brother and I lived together, it was easy for us to take each other for granted. We were both so wrapped up in our daily lives and schedules that we never really valued each other. Instead, whenever we had a bad day at work or school, we would take out our anger and frustration on whoever was closest, which was usually each other since our parents worked long hours; therefore, they were not always home.

Navigating my relationship with my brother has been interesting to say the least. It took a long time before conflicts between my brother and I were resolved. However, we did end up forming a healthy friendship, and I couldn't be more grateful for these changes. Without putting physical distance between us, our emotional bond would have remained weak and broken. Having a long-distance relationship also made us appreciate the moments we spend together. Overall, distance taught us the value of our relationship: I couldn't imagine life without my brother now. Our bond is like no other, and he has my back no matter what. I could call him at 3 a.m. and he would answer the call and talk to me. I can be my true self around him, meaning I can confess my deepest fears, secrets, and desires without fearing that he's judging me. I can also trust his advice since he always has the best intentions in mind for me. He also makes me laugh until my stomach hurts with inside jokes only he and I understand too. With an unbreakable bond of loyalty, he is now my partner in crime whenever I return home, as we often get in trouble together, resulting in us always having each other's backs.

Although we were once enemies, moving away for college gave us the opportunity to become best friends. Something I could never have imagined as a child, but now I wouldn't change it for the world.