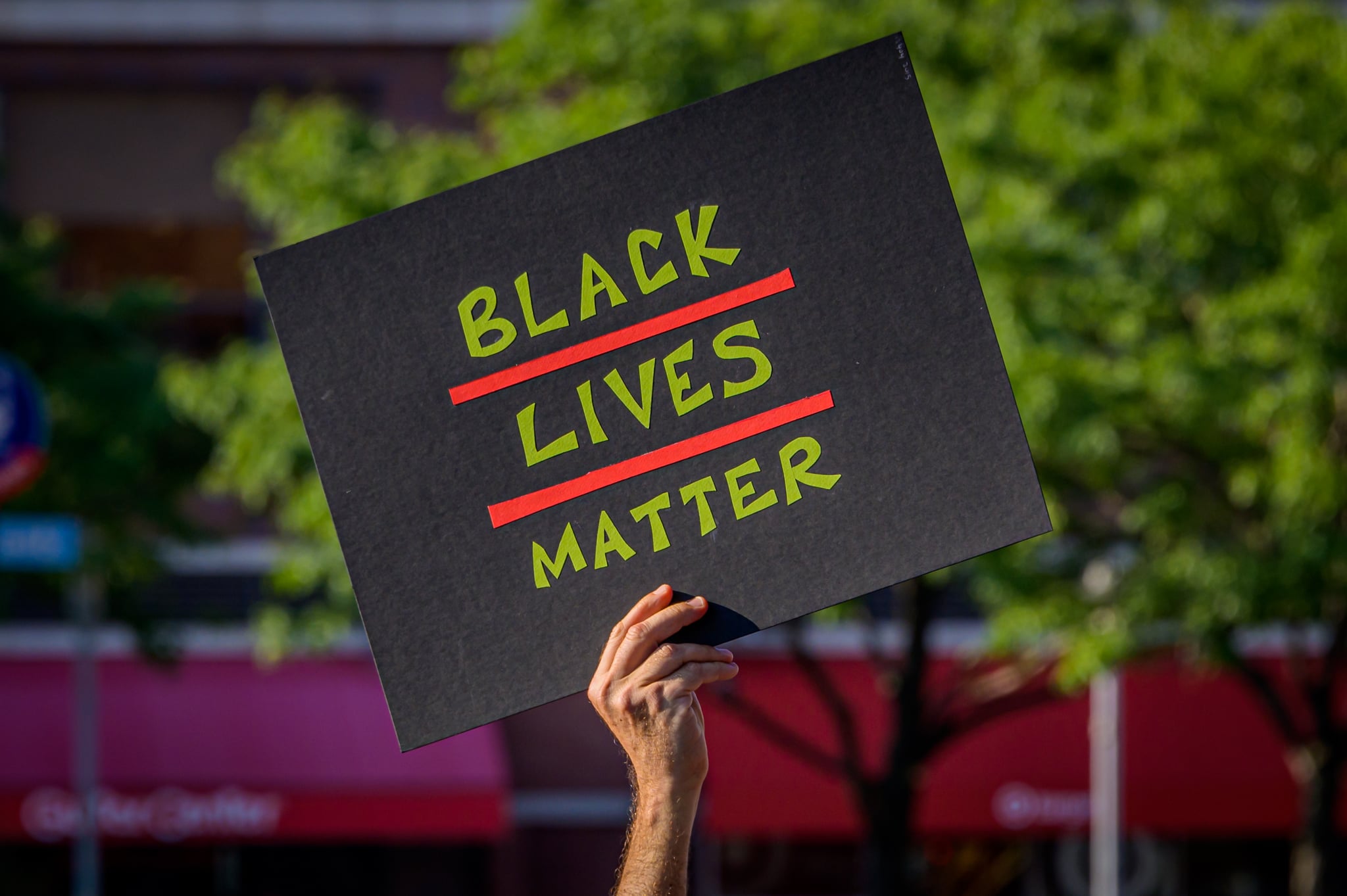 Recently, my husband, son, and I were planning a trip to West Virginia to see my family. As we were getting ready, my husband started packing his workout clothes, but then he stopped suddenly and turned to me asking, "Do you think it will be safe for me to jog outside by myself?"

See, my husband is Black. I am white. And we were travelling to a city made up of a 90 percent white popularion. News of Ahmaud Arbery's wrongful death had just started circulating the nation. Looking back at my husband, I tried to garner a response. On the tip of my tongue, I was about to say, "I understand your concern, but I think you'll be fine." I hesitated and held back that thought, because I didn't understand his concern. I never once have felt unsafe while jogging through my neighbourhood in broad daylight.

And my but: "But I think you'll be fine." I'm sure many people would have thought that Ahmaud would be fine jogging in the neighbourhood. Or figured Travyon Martin would be fine walking back to his house. Or even thought George Floyd would fine over a minor infraction. They weren't. "Someone will go with you," I replied to my husband.

The thing is, we need to change our "but." Our "but" shouldn't take away from the intent of the original message, it shouldn't invalidate the messenger's concern. If I would have told my husband, "but I think you'll be fine," I would have brushed his worries and feelings under a rug. My message would have been loud and clear: You are not heard.

Related:
Here's What Went Down When I Talked to My Black Family About Black Lives Matter

Yet we do this time and time again to Black people. Colin Kaepernick starts a peaceful protest by kneeling during the anthem. He explicitly states that he has no disrespect for veterans. He tells us his protest are to raise awareness on the racism toward people of colour. Then, the "buts" start. "I know it's peaceful, but he's disrespecting the flag." "Racism is wrong, but he needs to find a different way to protest." "I'm not racist, but my brother fought in the war, and Kaepernick is disrespecting all veterans."

These justifications are toxic. They say that you care more about the disrespect of a flag, an inanimate object, then about the over 3 million Black children living in poverty because of years of systemic racism. It says we care more about a veteran's feelings getting hurt than the fact that being Black means that you are 7 times more likely to be wrongfully convicted of murder and locked away in a jail system with little to no human rights. If you're more outraged about disrespect for the flag than Black children who are more likely to go hungry, then change your "but."

Now, flash forward to several years later when George Floyd is brutally killed; a Black man at the mercy of a white cop, again. People take to the streets to protest since the peaceful protests, like Colin Kaepernicks, fell on deaf ears. And the "buts" come again. "George's death was wrong, but not all cops are bad." "Racism needs to end, but looting is wrong." "We need justice for George, but smashing and burning things is not helping."

Our Black citizens are being shot, locked away, and denied basic necessities like work, food, and housing, time and time again. A "but" says you care more about damaged buildings than the lives of Black people.

What if we changed our "buts," America? What if we changed it to, "I don't like the flag being disrespected, but I don't like the way Black people are disrespected even more. We need to do something." "I don't agree with looting, but Black people's voices need to be heard for once." If we all changed our "buts" to the heart of the matter, we'd finally be getting at what is important.

It's why I say: I don't understand the pain you feel, but I will stand by you. I am sad for this country, but I have hope things will change.