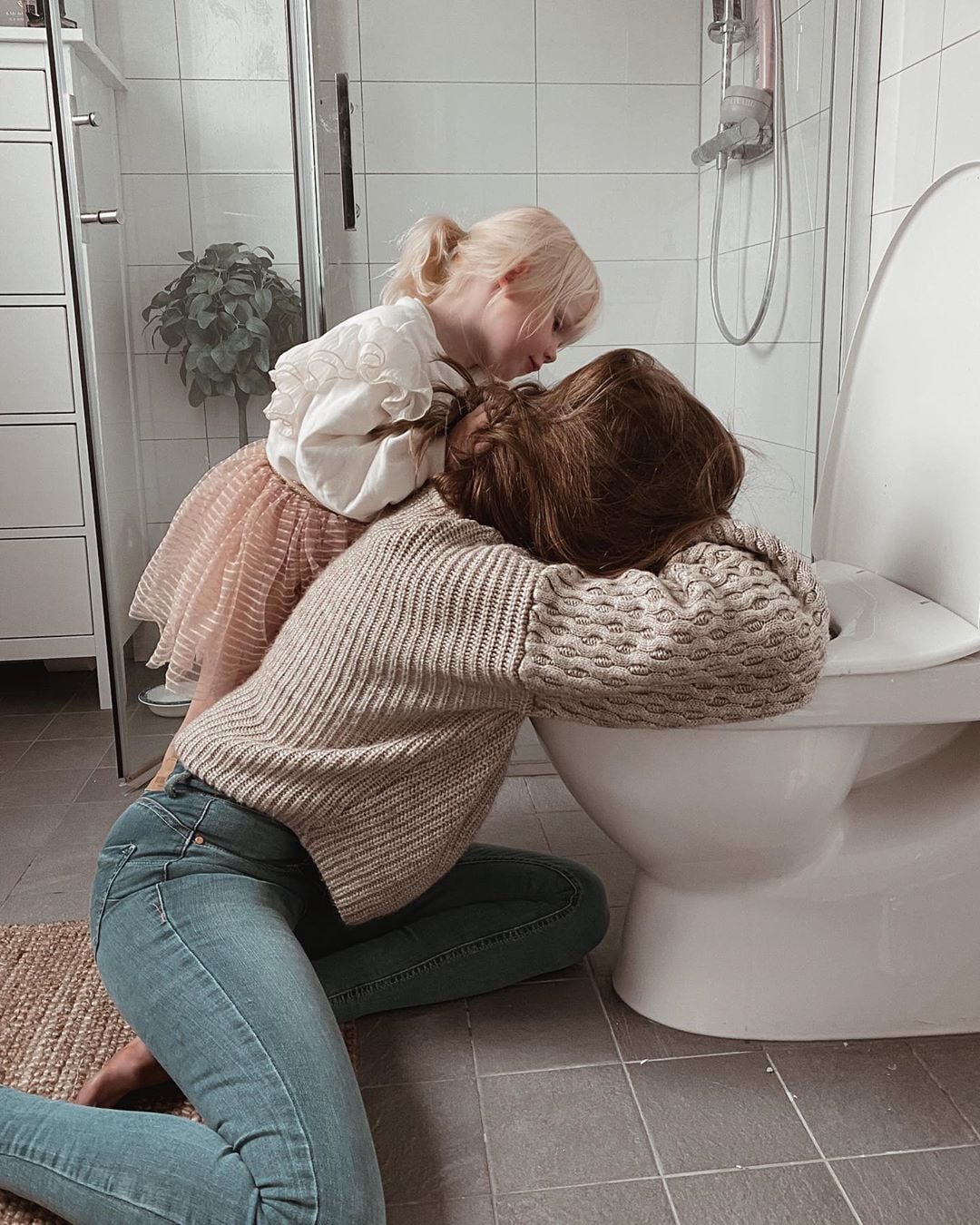 Sara Wanselm, a mom of two with her third child on the way, is all too familiar with the less glamorous side of pregnancy. Recently, Sara's husband took a photo of her while she was experiencing a bout of sickness while their daughter, Celina, was by her side. Although Sara was annoyed with him for photographing this particular moment at first, she eventually had a change of heart once he explained his thought process.

"My husband kindly snapped this photo of us earlier this week — I asked him not so kindly to f*** off and he did," she wrote. "When I walked out of the bathroom an hour later I asked him why he felt the need to capture that exact moment, since it definitely wouldn't be one I wanted to remember."

Related:
This Mom's Photo of Her Rainbow Baby Twins With Her Late Daughter Is So Emotional

Not expecting an especially thoughtful response, Sara was surprised to learn her husband's reasoning. He told her: "Well, you've been sick all day every day for the past 4 weeks, you keep asking me and yourself if it's even worth it, having to feel this bad, so I wanted to remind you of why you're doing this, because even though this part sucks, it will bring you something so extraordinary in the end."

"I wanted to remind you of why you're doing this."

Her husband continued, noting that despite how hard being pregnant may be for Sara, the result of her previous pregnancies brought them their two sweet kiddos. "It will bring you someone who loves you unconditionally even on your worst day, it will bring you a person that doesn't care about the fact that you haven't showered in 4 days and you're puking endlessly," he said. "She will still want to be right next to you, she will hold your hair up, pet you on your back and keep telling you that you're doing great, that my dear is the purest kind of love I've ever seen."

After reflecting on what her husband said, Sara is taking the time to thank him for reminding her that the uncomfortable moments will ultimately pay off for her. "So thank you husband for always making me look at the big picture when I'm only focusing on the small things in front of me," wrote Sara. "Because if this baby turns out to be even 1/10 as amazing as our others did, it's worth every single second of it. (Even though this part truly [does] suck)."