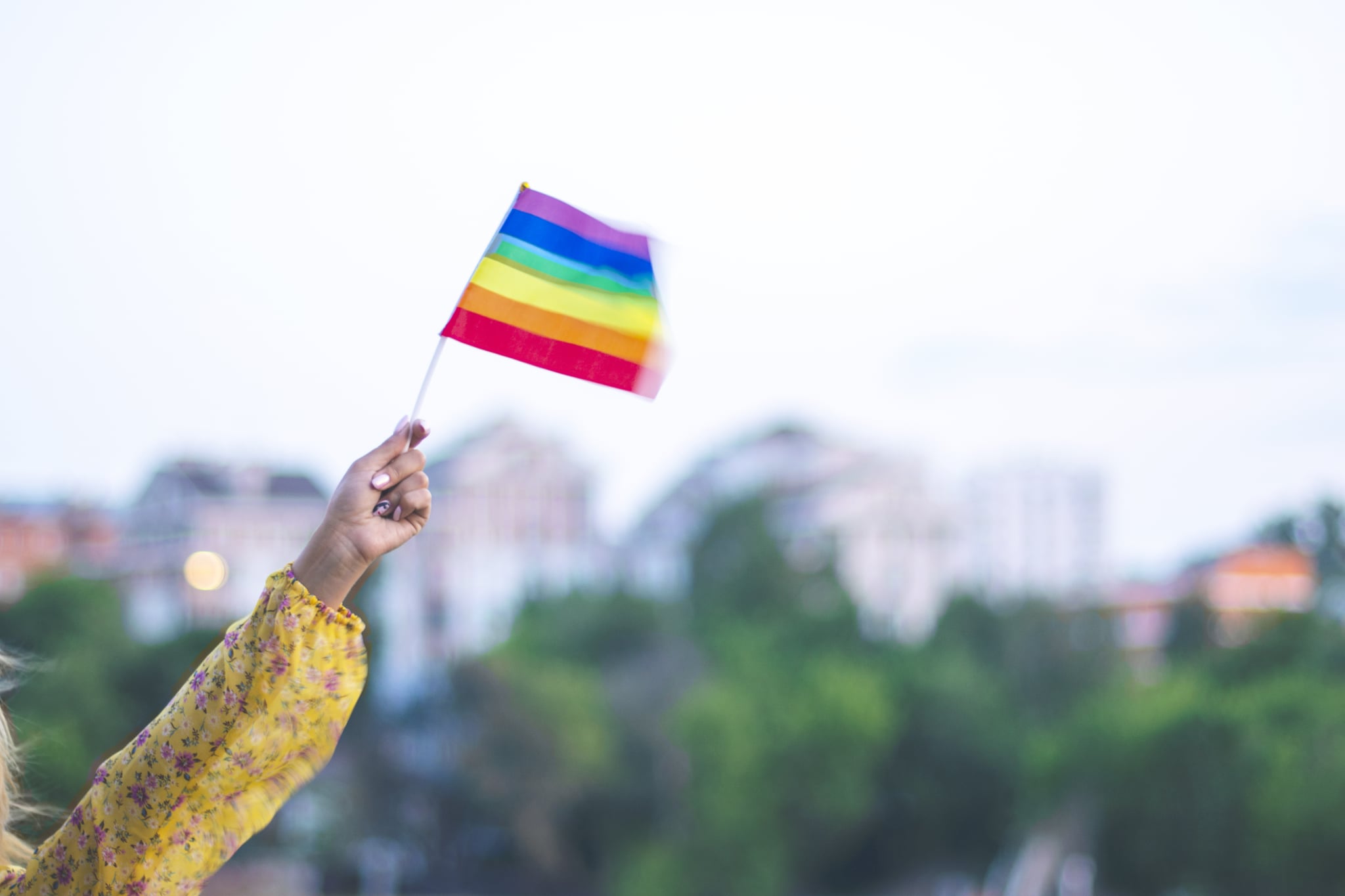 "You can always tell if a lady is a lesbian if she has short hair!" I can still remember my year six classmate delivering these words to an echo of laughter from his friends. We were in the lunch line, my face grew hot and my head got heavy. All the voices around me blurred as I heard the hollow rush of blood running through my ears. I saw my mum and her brown, pixie cut hair, the same style she'd worn for as long as I could remember.

My mum and dad got divorced when I was four and my sister was six, I barely remember life when it was just the four of us. Both of my parents were re-married within a few years of the divorce, both of them to women. I have two stepmums — my dad's wife and my mum's.

As a child, I didn't understand much about pride, homosexual relationships, or the politics and laws that have governed these conversations for so long. In retrospect, I wonder what would have happened if my parents, or at least my mum, explained the changes that were happening in our household. All I knew was that my family didn't look like my friends' and they laughed about parents like mine in the lunch line. In middle school, when I started hearing classmates make fun of gay parents and people, I grew quickly secretive and protective of my family life.

My mum didn't know, but I never wanted to have friends over. I didn't want to have to explain the situation to my classmates and was too cowardly to face the judgement I worried they would bestow upon me. I worried introductions would be awkward, misunderstood, or provide an opportunity for others to hurt my family. The few friends that knew about my mum's wife didn't know who she really was. I told them she was "like Joey from Full House," an old family friend that moved in to help raise us after my parents split up. Looking back, I wish I had more respect for my mum and more faith in my friends.

Related:
Our Daughter Has a "Daddy" and "Papa," but Our Family Is Just a Family

My sister would have sleepovers all the time, often with half the girls in her class. When I'd hear them in the basement laughing and gossiping, I'd grow anxious. We went to a small school, only 30 to 40 kids in each grade, now that they were in my home, would they go back and share my deepest secret with the entire student body? Even then I remember feeling deep discomfort with my thoughts; I wanted to be unapologetic and perfectly transparent like my sister was, but I couldn't do it.

I spent so much of my youth worrying what other people thought of my mum, but the only one who ever seemed to have a problem with it was me. By high school most of my classmates knew about my mum (ten years of school will do that). Some of my friends even came out as lesbian, gay, or bisexual, and nothing changed our relationship or the love I felt towards them. While I matured a lot from eight to eighteen, it's still very unsettling for me to think about the ways I used to act towards my own family.

I spent so much of my youth worrying what other people thought of my mum, but the only one who ever seemed to have a problem with it was me.

The word "homophobia" has always triggered me. I was raised in a liberal, progressive, gay household. This was not a word I ever wanted attached to my character. I convinced myself I couldn't be. I supported LGBTQ+ rights (and would one day vote for them), I believed in equality, and never once used a pejorative word about homosexuality. I would never commit a hate crime or discriminate against someone based on their sexual orientation.

But none of that changes that my actions as a prepubescent girl were homophobic. The reality is, homophobia and many other forms of discrimination seep into many of our thoughts and actions, even if it's not to the extreme of bullying or harassment. And while I loved my mum then and love my mum now, it is still not a strong enough reason to excuse my behaviour as non-homophobic.

Related:
My Dad Coming Out as Gay Changed Our Lives — and Gave Me the Courage to Be Myself

Maybe someone would give me a pass because others' actions are worse. I could say I was influenced by friends and the jokes they made, and was too young to know any better. Maybe that's true. But even these small, unintentional, inherent biases can grow if they're not acknowledged.

The most challenging lesson to learn is how to unlearn. I believe we all collect ignorances and biases because that's how our world is set up. Parents, friends, schools, religions, hometowns all try to tell us how and what to think, but what they're really teaching us is stigmas. I'm proof that it appears even in the most unlikely cases. Who would have thought a girl with two mums could be homophobic? Ultimately, even though it's admittedly hard to do, we have to formulate our own choices and make our own decisions if we want to create a better world.

I'm doing my best to accept my failures and work towards a character I'm proud of, and I can't lie that it's been uncomfortable and challenging. I have felt everything from ashamed and angry to trying to justify my actions. But I believe in effort and I believe in growth. And while I can't go back to fifth grade and tell my classmate in the lunch line to knock it off, I can share my story in hopes I can create a better future than my past.