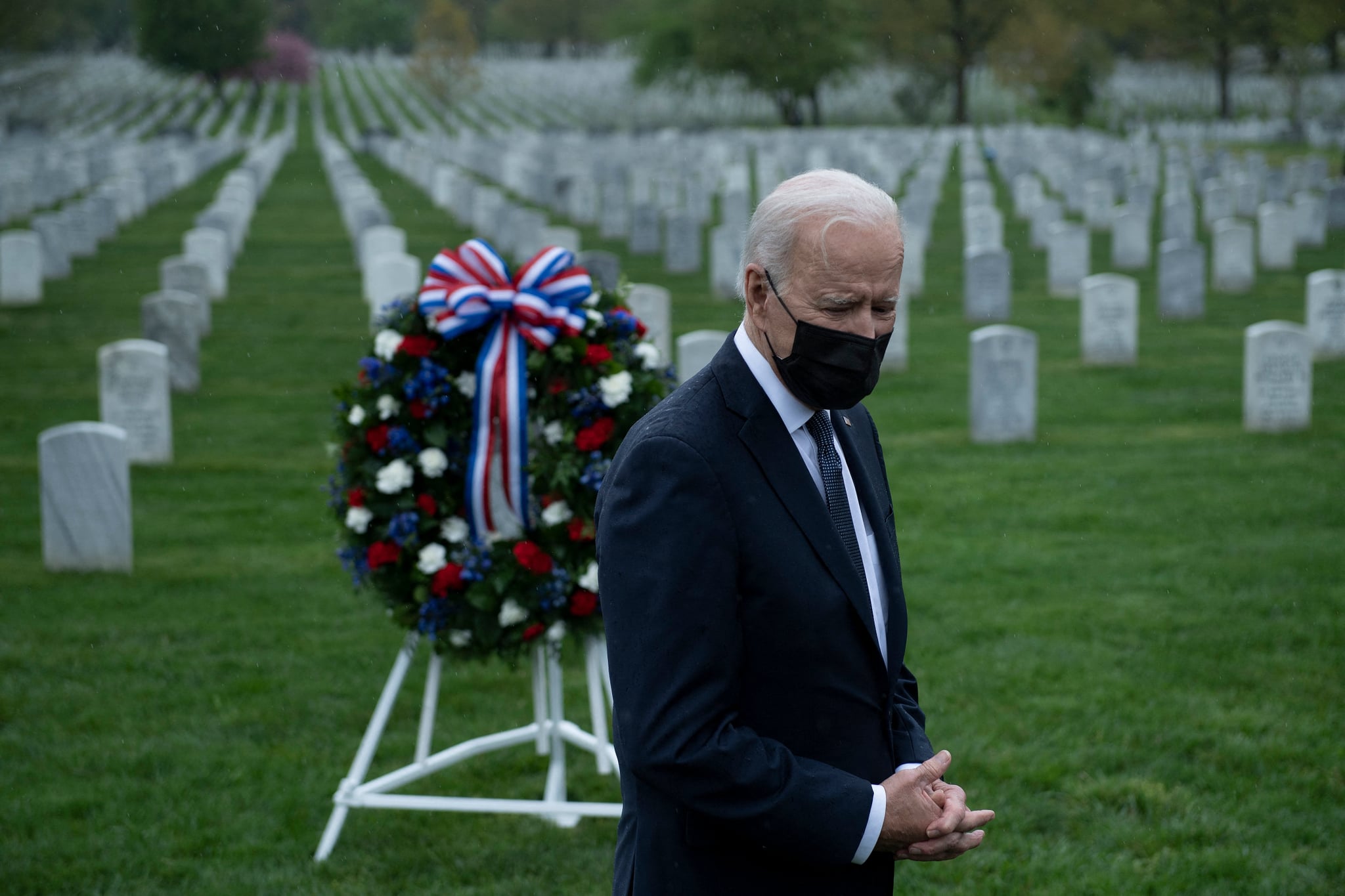 Joe Biden visited Arlington National Cemetery in Virginia on Wednesday to lay a wreath in honour of the fallen veterans who served in Iraq and Afghanistan. Immediately before his visit, President Biden made a public announcement ordering the withdrawal of US troops from Afghanistan after almost 20 years of war. During his time at the cemetery, Biden reflected on the death of his son Beau Biden, a US Army veteran who died of brain cancer at the age of 46 in 2015.

"I have trouble these days ever showing up at a veterans' cemetery and not thinking of my son, Beau."

"I'm always amazed at generation after generation, the women and men who are prepared to give their lives for their country," President Biden tearfully told members of the press following his announcement. "But they don't give it for their country per se. They give it for their brothers, their sisters, their mothers, their fathers, their uncles, their aunts. It means I have trouble these days ever showing up at a veterans' cemetery and not thinking of my son, Beau, who proudly insisted on his uniform and going with his unit to Iraq and giving up his spot as attorney general in the state of Delaware because he thought it was the right thing to do."

In a statement released shortly after his son's death, Biden said, "More than his professional accomplishments, Beau measured himself as a husband, father, son, and brother. His absolute honour made him a role model for our family. Beau embodied my father's saying that a parent knows success when his child turns out better than he did. In the words of the Biden family: Beau Biden was, quite simply, the finest man any of us have ever known."

As a tribute to his late brother, Hunter Biden named his youngest son Beau, and its clear that the 11-month-old baby holds a special place in his grandfather's heart.