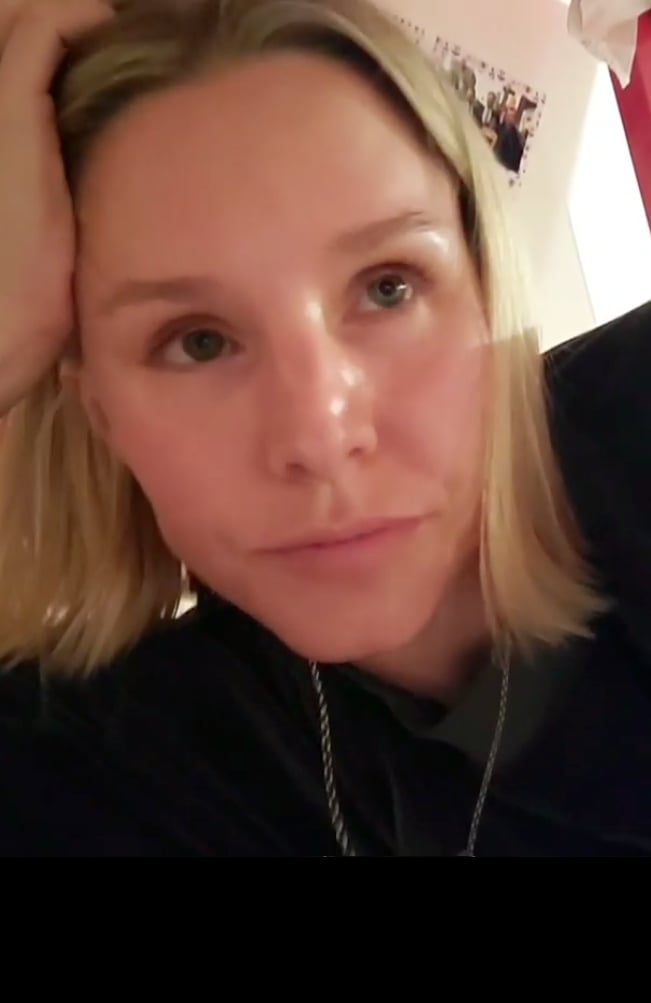 Kristen Bell's Daughter Washed Her Hair With Vaseline, and the Internet Came to the Rescue

In today's hilarious parenting news, Kristen Bell turned to the internet for advice after her five-year-old daughter Delta washed her hair with Vaseline — and it was not easy to get out. "My daughter just washed her hair with Vaseline and I can't get it out . . . has this ever happened to anyone?" Kristen asked in her Instagram Stories on Feb. 4 before showing a glimpse of her daughter's head absolutely covered in petroleum jelly from root to tip. "I washed it three times now and it's not getting any better," Kristen added.

In an interview on The Ellen DeGeneres Show on Feb. 25, Kristen then explained that Delta got her hands on the tub of Vaseline (the majority of which then went into her hair) after Delta asked her to leave the room so she could role play with her dolls in the tub. Luckily, Kristen's Instagram followers quickly came to the rescue, suggesting dish soap as a solution. "I appreciate that; I'm very grateful for you guys, 'cause I don't know what I'm doing," she said in a follow-up video, clearly thankful for all the help.

Unfortunately, the dish soap suggestion didn't entirely work. "How you get it out is this: Three rounds of Hello Bello shampoo, one round of clarifying shampoo, two rounds of dish soap, and then we still had to wait four days 'cause none of that worked," Kristen told Ellen. If this ever happens to your child, it's best to wash their hair with clarifying shampoo and run makeup remover wipes over their hair until all the gunk is out, according to Today Parents.

Kristen and her husband Dax Shepard have been through their fair share of hilarious ordeals with their two daughters — 6-year-old Lincoln Bell Shepard and 5-year-old Delta Bell Shepard — who are already little pranksters, and something tells me this won't be the last of it. Keep scrolling to see the progression of Kristen's hair washing fascinating saga ahead.