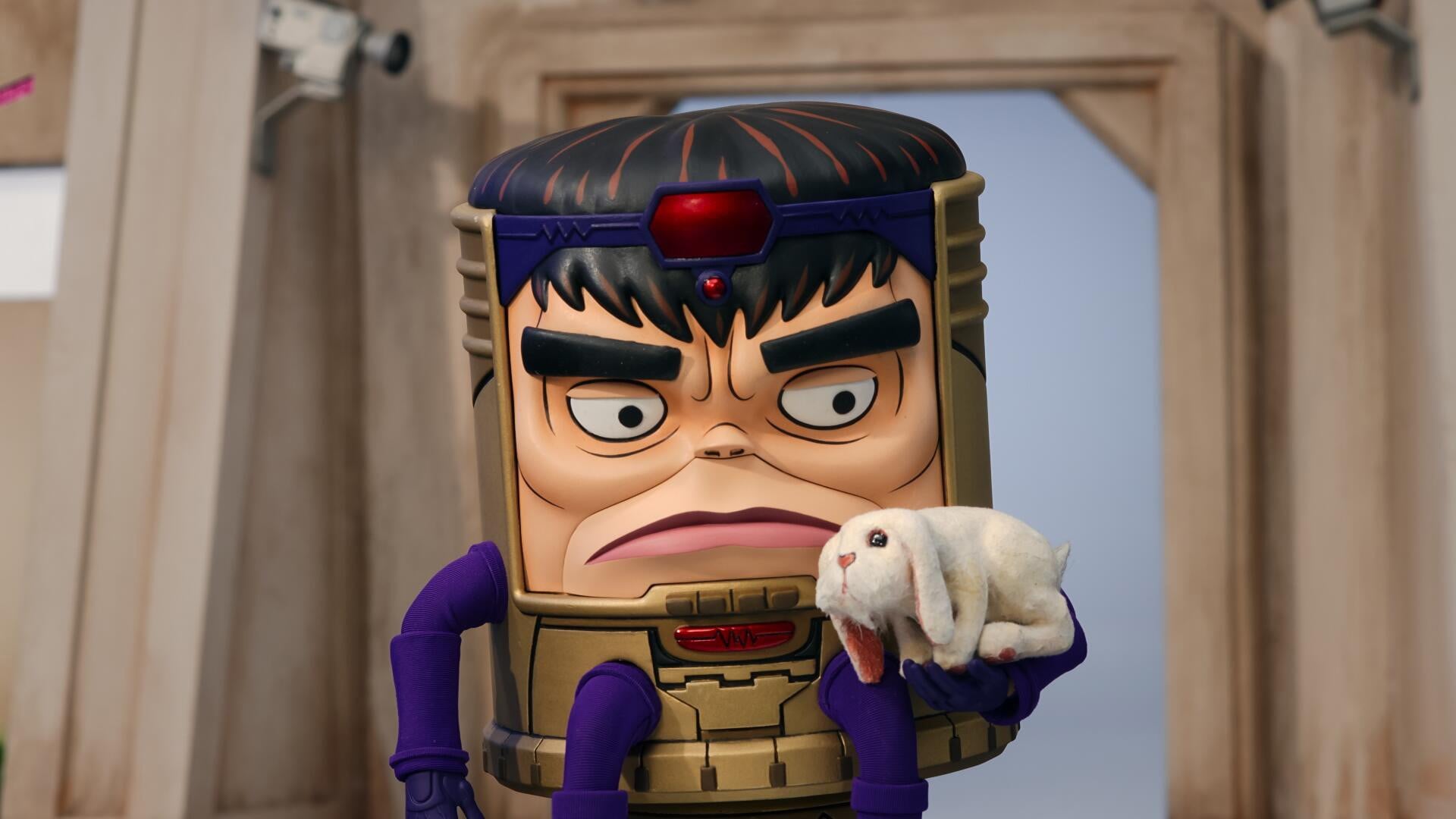 Imagine if Deadpool met South Park, and you'd get an approximation of Marvel's M.O.D.O.K. series. The Hulu show isn't quite the same feel-good and do-good MCU content you'd get with the Avengers. The satirical stop-motion animated series follows the misadventures of M.O.D.O.K., aka Mental Organism Designed Only for Killing (Patton Oswalt), as he navigates structural changes at his company A.I.M. while trying to juggle family life, humiliate the Avengers, and achieve world domination. If you're yearning for Marvel content after WandaVision and The Falcon and the Winter Soldier, M.O.D.O.K. might give you your fix — that is, if you fully embrace adult swim.

Comprised of 10 action-packed episodes, M.O.D.O.K. definitely suits a more mature audience with its TV-MA rating. Given that the main character is a straight-up villain, he's rarely ever up to any good. While the show is clever and creative, some of its cheekier elements might give parents pause.

M.O.D.O.K. is an imperfect, sardonic father who loves his family (for the most part). He often tries to do the right thing, but his antics usually lead to gruesome hilarity. While it might not be the most wholesome watch for the entire family, M.O.D.O.K. definitely has its charms in its raunchy humour!

Loki
We Should've Known Loki Would Be Behind the Unsolved Mystery of D.B. Cooper
by Grayson Gilcrease 1 week ago

The Eternals
The Eternals: What You Need to Know About Kit Harington's Black Knight Role
by Stacey Nguyen 2 weeks ago