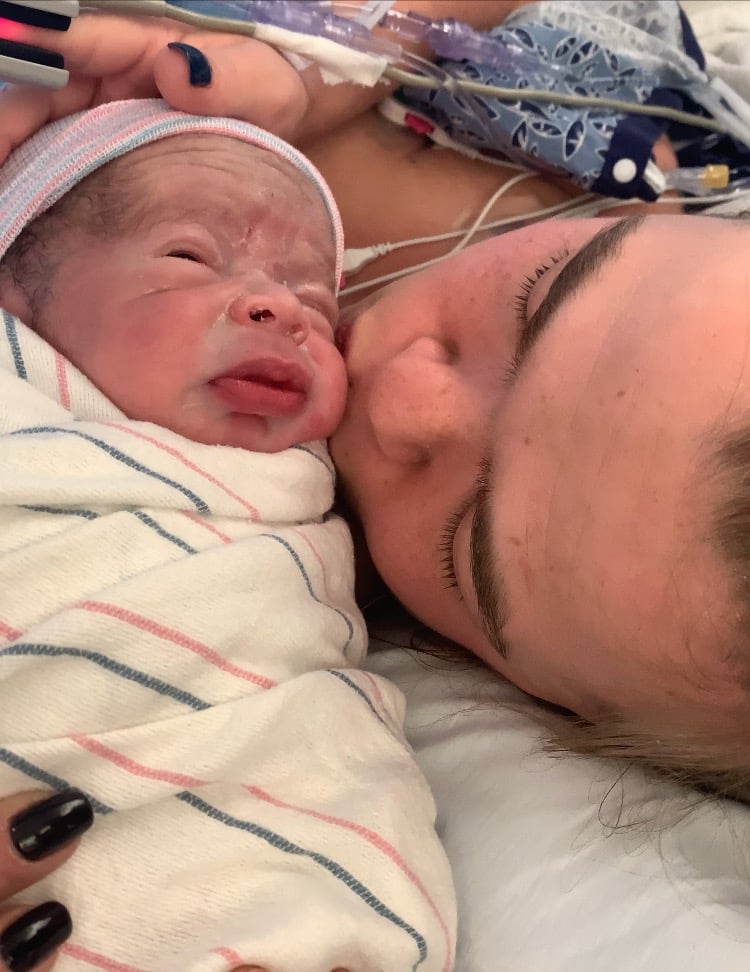 As someone who was born with achondroplasia — a genetic mutation that affects bone growth and is more commonly known as dwarfism — mom Caylea Woodbury was aware her children could also be diagnosed with the condition. After learning that her second child, Hendrix, would be born with achondroplasia, Caylea and her partner, D'Quan Cage, candidly shared their experience on the Facebook Watch series, 9 Months With Courteney Cox.

"I was happy and sad when I learned about Hendrix's diagnosis," Caylea told POPSUGAR. "I was scared of what he was going to experience in this world. I don't know what he's going to deal with. People are so cruel. There are so many different little things to worry about. I just don't want him to experience anything negative."

Caylea and D'Quan share an older son, Lexington, who was born without achondroplasia, so she had experienced pregnancy once before and knew of its general challenges given her small frame.

"With this pregnancy, I was contracting a lot and I was always in pain," she shared of her second pregnancy. "My legs started giving out more and he was just positioned in a weird way. There was no room for him, to be honest. The pregnancy was weighing on my back. I wasn't used to all of that extra weight because I gained more weight this time. It was just tiring. I was very tired and in pain."

Caylea gave birth to Hendrix in on Feb. 3 when she was 36 weeks along. Required to have a C-section, Caylea began to panic when the epidural didn't work. "We tried three times. It just was not taking correctly at all," she explained. "Eventually, they gave me a spinal tap. My whole face and my chest went numb. I couldn't breathe. Honestly, I thought I was dying. And I started dry heaving. It was the scariest experience of my whole life." 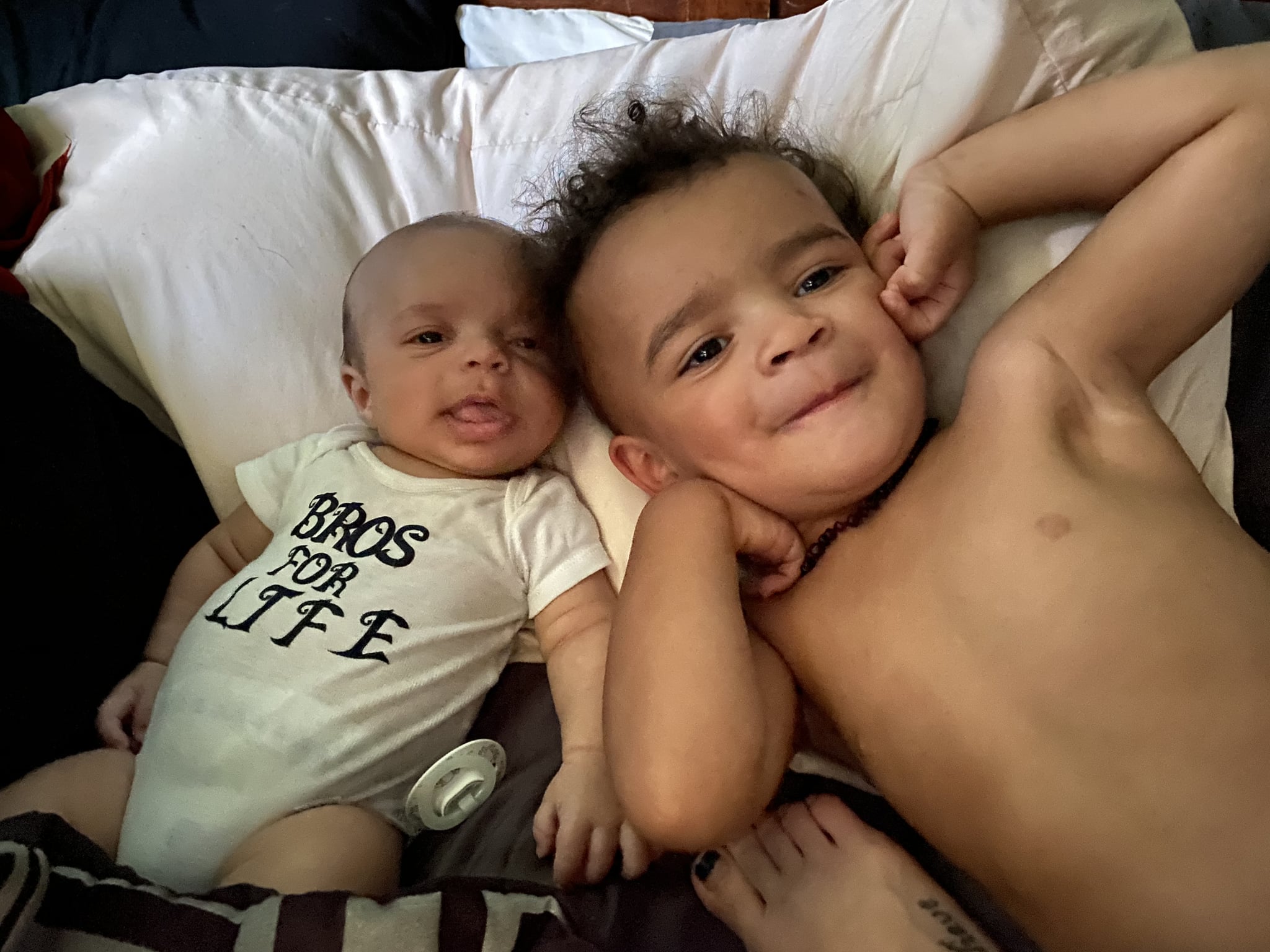 Eventually, Caylea was released from the hospital, and while her recovery after having Hendrix was admittedly more challenging, she's already impressed with the milestones her son has been able to hit.

"He's actually beating all the odds," she shared. "The doctors have told me that I should expect babies with dwarfism to be delayed. They told me that Hendrix was not going to be able to do certain things as quickly as my oldest did. Hendrix is already rolling. He wants to sit up. He is grabbing things. He's holding his neck up just fine!"

"I want him to live his life to the fullest. I don't want him to ever think twice about doing something."

Given Hendrix's diagnosis, he has significantly more doctors appointments than his older brother did, but Caylea and D'Quan are taking them in stride. Although conditions such as sleep apnea as well as developmental delays are more common in children with achondroplasia, Hendrix has had good reports so far. "We had a Zoom call with his doctors and [they said], "'That's incredible. He is not supposed to be doing that.' Their reactions gave me the hope that I needed," she said. "He still needs his sleep study. He needs to make sure his neck is developing properly, but so far so good. He doesn't show signs of sleep apnea."

Looking forward, Caylea is eager to bond with her son over their shared experience. "I'll do my best to teach him to be super confident so he doesn't have to worry about anything," explained Caylea. "I'm happy because now I can have that bond with him. We can experience life together because obviously, my first son is average-height. And his father can tell him more things than I can. It's one of those situations where it's like, 'You know what? It's life anyways. It is what it is.'"

Related:
7 Virtual Summer Camps That Will Keep Your Little Ones Engaged

"I just want what any other parent wants — for Hendrix to experience happiness, joy, and love. I want him to live his life to the fullest. I don't want him to ever think twice about doing something. I don't want his dwarfism to hold him back," she said. "He can prove to everybody that he can do whatever he wants when he puts his mind to it."

To learn more about Caylea and D'Quan's parenthood journey, tune into season two of 9 Months With Courteney Cox on Facebook. 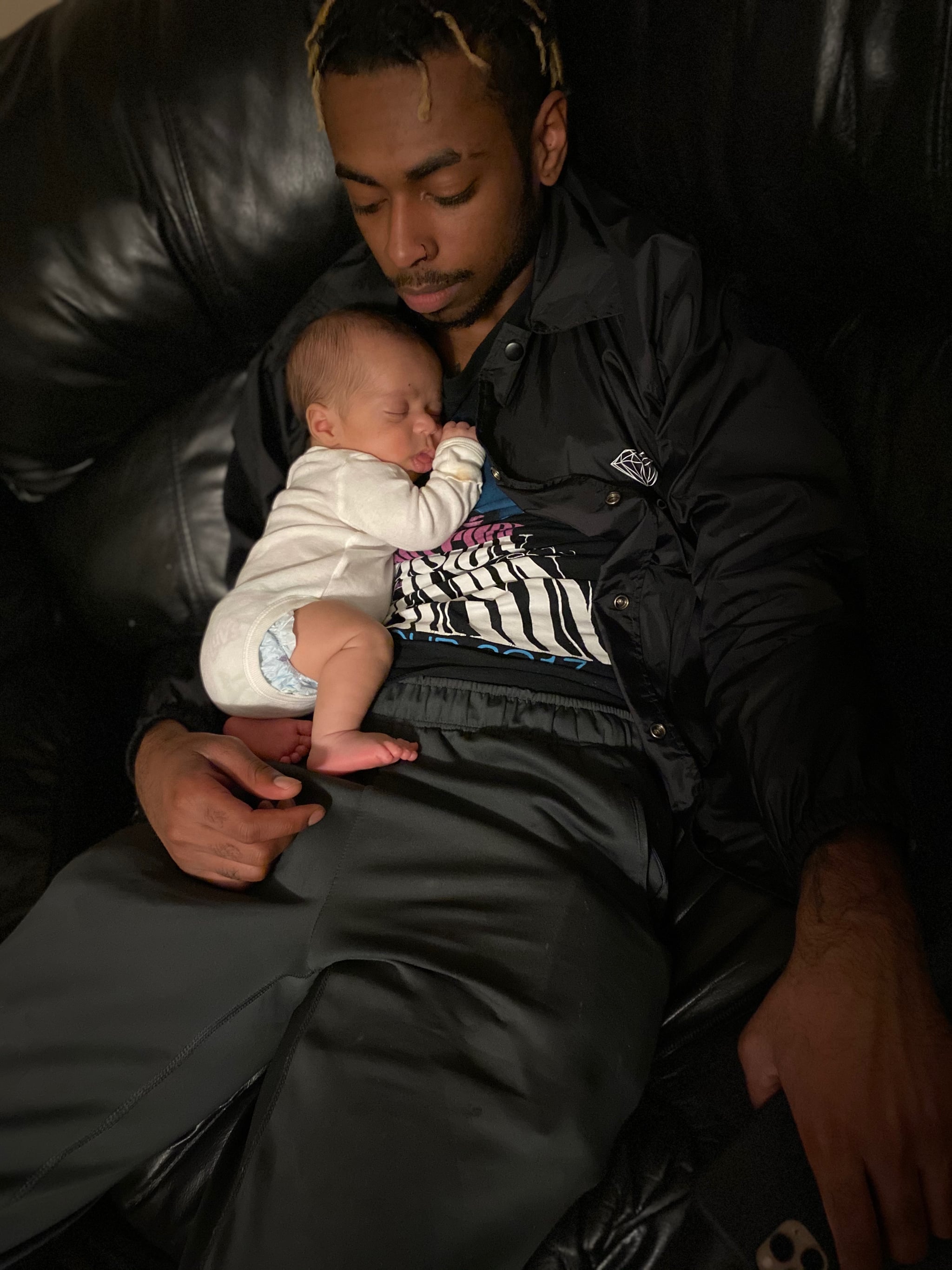