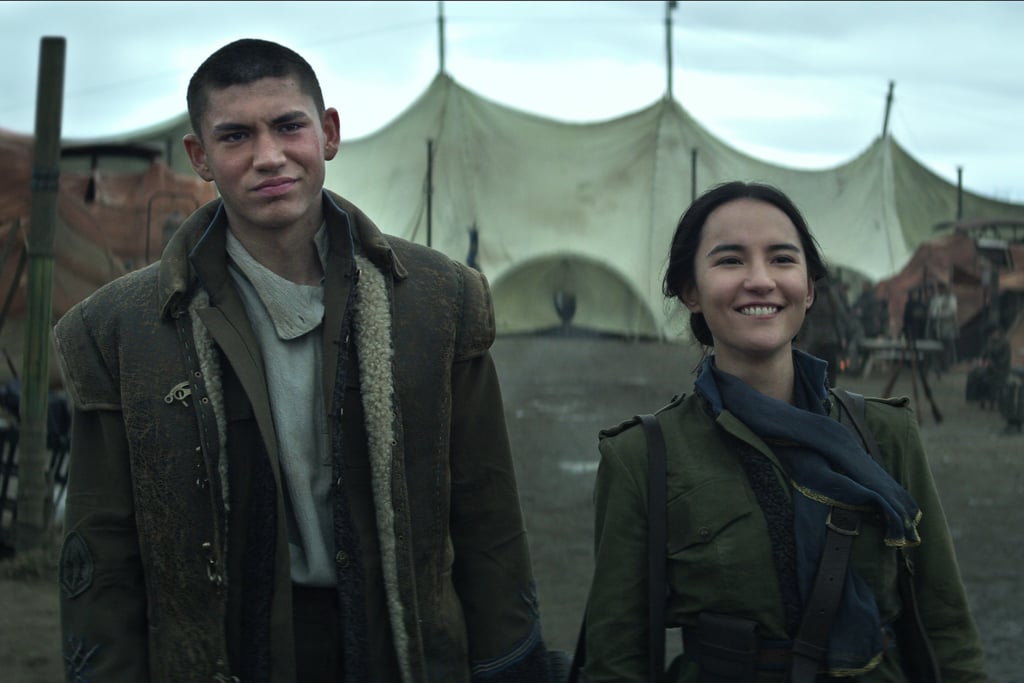 There are some examples of xenophobia

Avid readers will be thrilled to learn that the bestselling Shadow and Bone book series by Leigh Bardugo has been adapted into a Netflix show! Aimed at teens 14 years and older, the fantasy series follows a young female soldier named Alina Starkov (Jessie Mei Li), who has magical powers. Living in a war-torn society — the setting is an interesting mix between The Hunger Games and an age-appropriate take on Game of Thrones — Alina is forced to voyage into "the fold," a scary middle ground between civilizations.

Chock-full of high-intensity action scenes and sympathetic characters, we have a feeling your kiddos will want to binge this series in one sitting. Although this show is an awesome nod to the young adult books, there are a few things that parents should be aware of before letting their teenagers stream the first season of Shadow and Bone, which is already available on Netflix. Read ahead to learn what to be on the lookout for!

Related:
5 Things to Know Before Your Teens Watch Ginny & Georgia on Netflix
Previous Next Start Slideshow
NetflixShould My Kid WatchStreamingTweens And TeensTV

Celebrity Interviews
After Backlash, Lin-Manuel Miranda Apologises For In the Heights' Lack of Black Representation
by Grayson Gilcrease 5 hours ago

Love Victor
Love, Victor Season 2 Is Full of Twists, Turns, and Triangles, but Who Should Victor Choose?
by Grayson Gilcrease 16 hours ago