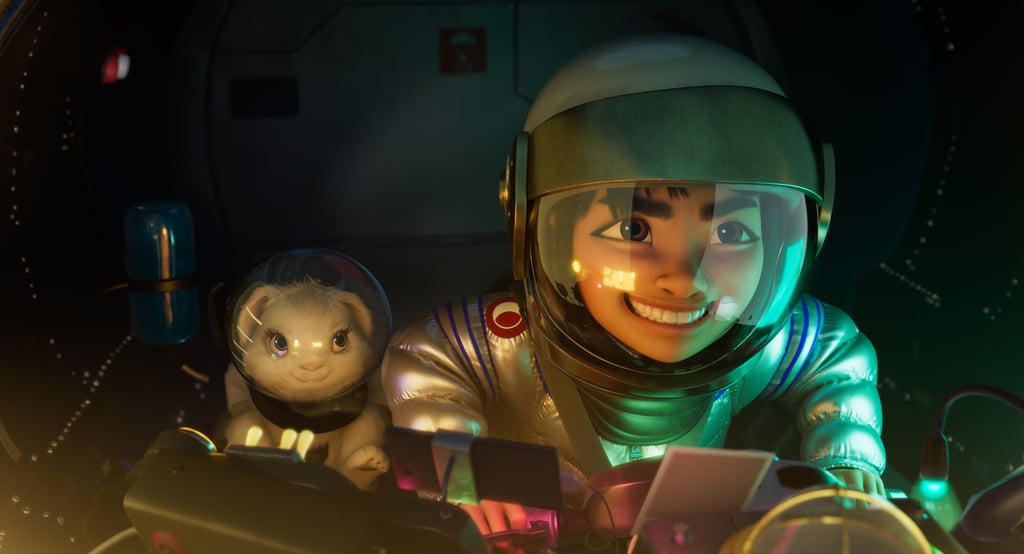 An upcoming animated movie will encourage viewers of all ages to believe in the impossible and their own ingenuity. Coming to Netflix in the fall, Over the Moon tells the story of a young girl, Fei Fei, intent on building a rocket ship to visit the moon goddess from her favourite childhood folklore. The movie musical also deals with themes of loss and remembrance, as the trailer alludes to the untimely passing of Fei Fei's mother.

Over the Moon is based on the tale of Chang'e, the goddess of the moon in Chinese mythology. Phillipa Soo, who voices the goddess, said she's very familiar with the story. "I remember as a kid, asking my dad to read it over and over and over to me," the Hamilton alum told Variety. "Because I was just obsessed with this idea of the moon lady." She added: "And when I was asked to play her, I was of course honoured because it's so infrequent that I'm being asked to play specifically Chinese characters. And also even more rare that I get to be in a film with incredible Asian actors who are surrounding me."

Also starring in the movie are John Cho, Ruthie Ann Miles, Sandra Oh, Kimiko Glenn, and Ken Jeong, while newcomer Cathy Ang will voice Fei Fei. Over the Moon is directed by Glen Keane, who previously worked for Walt Disney Animation Studios and won an Oscar with Kobe Bryant in 2018 for their animated short, Dear Basketball. Keep scrolling to watch the whimsically moving trailer and to see stills from the film, and stay tuned for an official release date.

Related:
The Netflix Shows Your Kids Will Want to Watch Over and Over in 2020
Previous Next Start Slideshow
NetflixStreamingKid TV And MoviesMovie Trailers