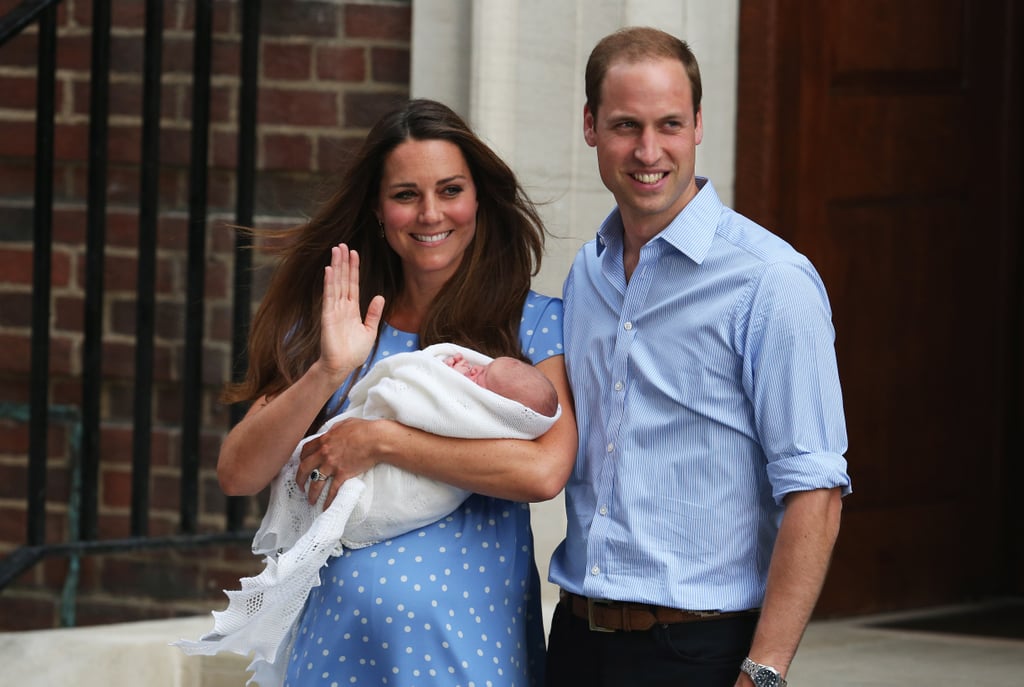 Prince George's much anticipated arrival in July 2013 was met with thousands of reporters and fans outside of the Lindo Wing of St. Mary's Hospital in London, along with millions of well-wishers watching around the globe. Just one day after his birth, brand-new beaming parents Kate and William stepped out into the public eye carrying their tiny bundle of joy.

Imagine being a first-time parent and then facing this level of attention! Even though the royals are well-trained at their very public, high-profile roles, it was evident that Kate and William were still getting their bearings (and rightly so!) as they welcomed the world into their early postpartum moments.

The Royals
Prince Charles Has Tested Positive For Coronavirus, Clarence House Has Confirmed
by Angela Law 3 days ago