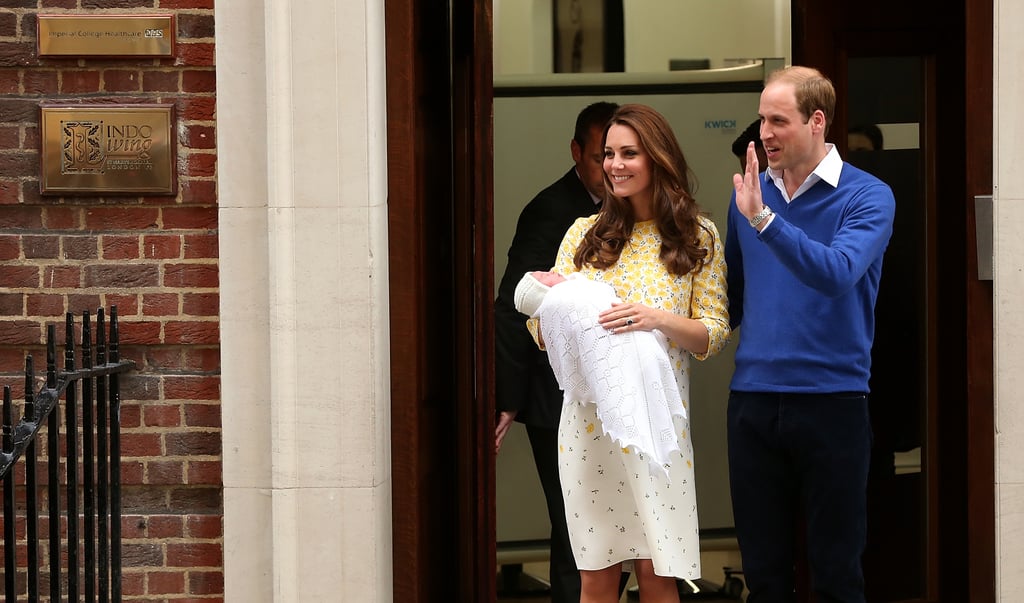 In May 2015, Princess Charlotte's arrival was met with similar enthusiasm, especially once it was revealed that the couple had welcomed a princess! This time, instead of spending the night in the hospital Kate and William left just 10 hours after Charlotte's birth.

Despite the countless pictures of the second time parents on the same steps where they introduced Prince George, they were actually outside in front of cameras for less than two minutes.

They waved and smiled to the waiting crowds and press but didn't walk into the street or answer any questions. In contrast to the same situation two years earlier, this appearance seemed less leisurely and slightly more business-like. It appeared, as seasoned parents might understand, that they were ready to get out of the hospital with their newborn and home to their older child.

The Royals
Prince Charles Has Tested Positive For Coronavirus, Clarence House Has Confirmed
by Angela Law 3 days ago